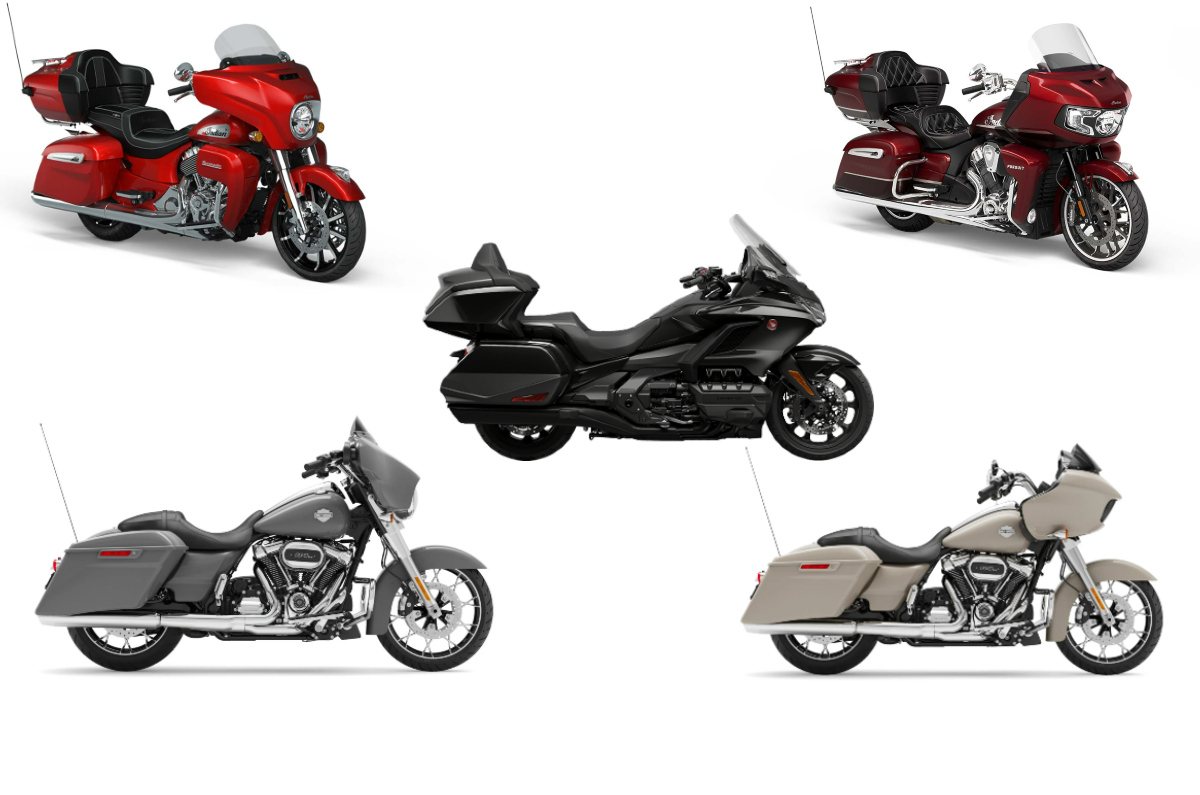 Who’d have thought that an honest-to-goodness Harley-Davidson touring model would be the ‘lightest’ bike on any list? But that’s exactly the case with the 375kg Street Glide Special. While 375kg is a lot of bike, the 1,868cc Milwaukee Eight V-Twin engine churns out 158Nm of torque at just 3,250rpm, which is more than enough to make this behemoth boogie. The Rs 33.99 lakh price tag that the Street Glide Special commands also makes it the most, errm, ‘affordable’ bike here.

This is perhaps the only list where a Honda is heavier than not one, but two Harley-Davidsons! The Honda Gold Wing Tour, apart from offering all the bells and whistles under the sun, is even equipped with an airbag. The liquid-cooled 1,833cc horizontally-opposed flat-six engine makes 125hp and 170Nm of torque. The Gold Wing has long been lauded as the last word in comfort and long-distance touring, and now is even offered with a DCT gearbox.

Today’s flagship superbikes all have kerb weights in the ballpark of 200kg, which effectively means that the Indian Roadmaster Limited weighs as much as two of them put together. The Roadmaster is to Indian what the Street Glide is to Harley-Davidson – a modern version of the cruisers sold in the ‘70s, when designs were more rounded. The Limited is the decked-out version of the Roadmaster with a more powerful music system and flashy paint options. The Roadmaster Limited is powered by the air-cooled, 1,890cc Thunderstroke 116 V-Twin engine churning out a staggering 171Nm of torque at just 3,000rpm.

The heaviest bike currently on sale in India is the 416kg Indian Pursuit Limited. This is the flagship motorcycle in Indian’s line-up and is powered by the company’s new liquid-cooled, 1,768cc PowerPlus V-Twin engine making a gargantuan 178Nm of torque at 3,800rpm. While the focus of this story is the weight, the staggering price tag of this leviathan bears special mention as well. For reference, the price difference between the Indian Pursuit Limited and the Harley-Davidson Street Glide Special is nearly Rs 11 lakh. That price difference alone is enough to purchase a sporty, multi-cylinder middleweight naked. In fact, the Indian Pursuit Limited cannot be purchased just off the shelf, you need to place an order to Indian Motorcycle for this flagship tourer.

All prices mentioned are ex-showroom, Delhi.

Which of these land yachts is your pick of the proverbial litter? Let us know in the comments section below.