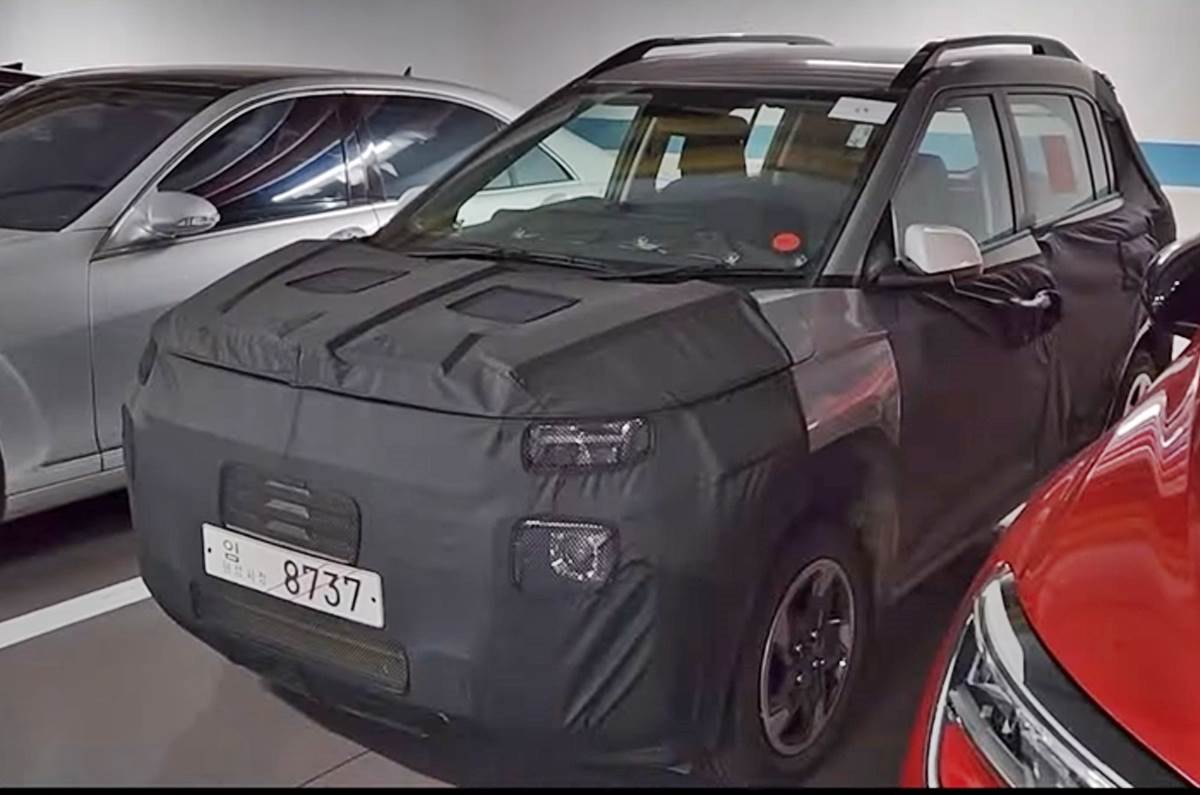 Hyundai’s all new micro SUV will be based on the Grand i10 platform; will share some design bits with the Casper sold overseas.

Hyundai is readying an all-new micro SUV to take on the likes of the Tata Punch and the Citroen C3. This new SUV has been spied for the first time in Korea but a closer look reveals that the prototype could have been built in India and sent to Hyundai’s Korean headquarters for testing.

New Hyundai micro SUV: what is it?

As hatchback sales dwindle, Hyundai, like many carmarkers is now readying an SUV for every segment. This new model will be the SUV equivalent to the Grand i10 and will be Hyundai’s smallest SUV in India. As reported by us recently, this new SUV has been internally codenamed the Hyundai Ai3 and was given the go-ahead for production just before the COVID-19 pandemic struck.

New Hyundai micro SUV: what do the spy photos reveal?

A closer look at this test mule confirms quite a few design changes when compared to the Casper. First up, the front styling seems to be completely different and is more SUV-esque. The micro-SUV gets a split-headlamp set-up, with LED daytime running lamps at the top and a squarish, Venue-like headlamp below it. The daytime running lamps feature an ‘H’ pattern, which was also seen on test mules of the upcoming Santa Fe SUV. This could be Hyundai’s new signature LED DRL look that could be seen on more future products from the carmaker.

Moving on to the sides, while the front fenders and the front door look similar to the Casper, the rear door seems to be slightly longer and the door handle is placed at the regular location and not on the pillar as on the Caper. At the back, the micro-SUV also seems to have a unique, and a bit more angular design for its tail-lamps, unlike the rounded look of the Casper. The rear bumper, too, is likely to sport a different design.

When compared to direct rivals like the Punch and the C3, expect Hyundai to keep its micro-SUV ahead of the game with features like a sunroof, as seen in the spy pictures.

This new micro-SUV from Hyundai will use the same platform that underpins the Grand i10 Nios and the Aura compact sedan. While this new SUV has a lot in common with the Casper sold abroad, it seems to have quite a few unique bits as well. First up, the dimensions. Stretching to around 3.8 meters in length, the Hyundai Ai3 micro SUV bound for India will be longer than the Casper, which measures 3.6 meters. The Ai3 is also expected to have a slightly longer wheelbase, at 2,450mm, than the Casper’s 2,400mm, which will help in liberating more cabin room.

This new micro-SUV will be positioned between the Grand i10 and the Venue, which means Hyundai could rejig line-ups of both models in order to make space for the new micro-SUV.  As far as powertrain options go, the Ai3 micro SUV is likely to share the same 1.2-litre petrol engine as the Venue, Grand i10 and Aura, but the decision on a CNG variant is yet to be taken. There will not be a diesel engine option on this SUV.

17 cars, SUVs being killed off by RDE norms before April 2023