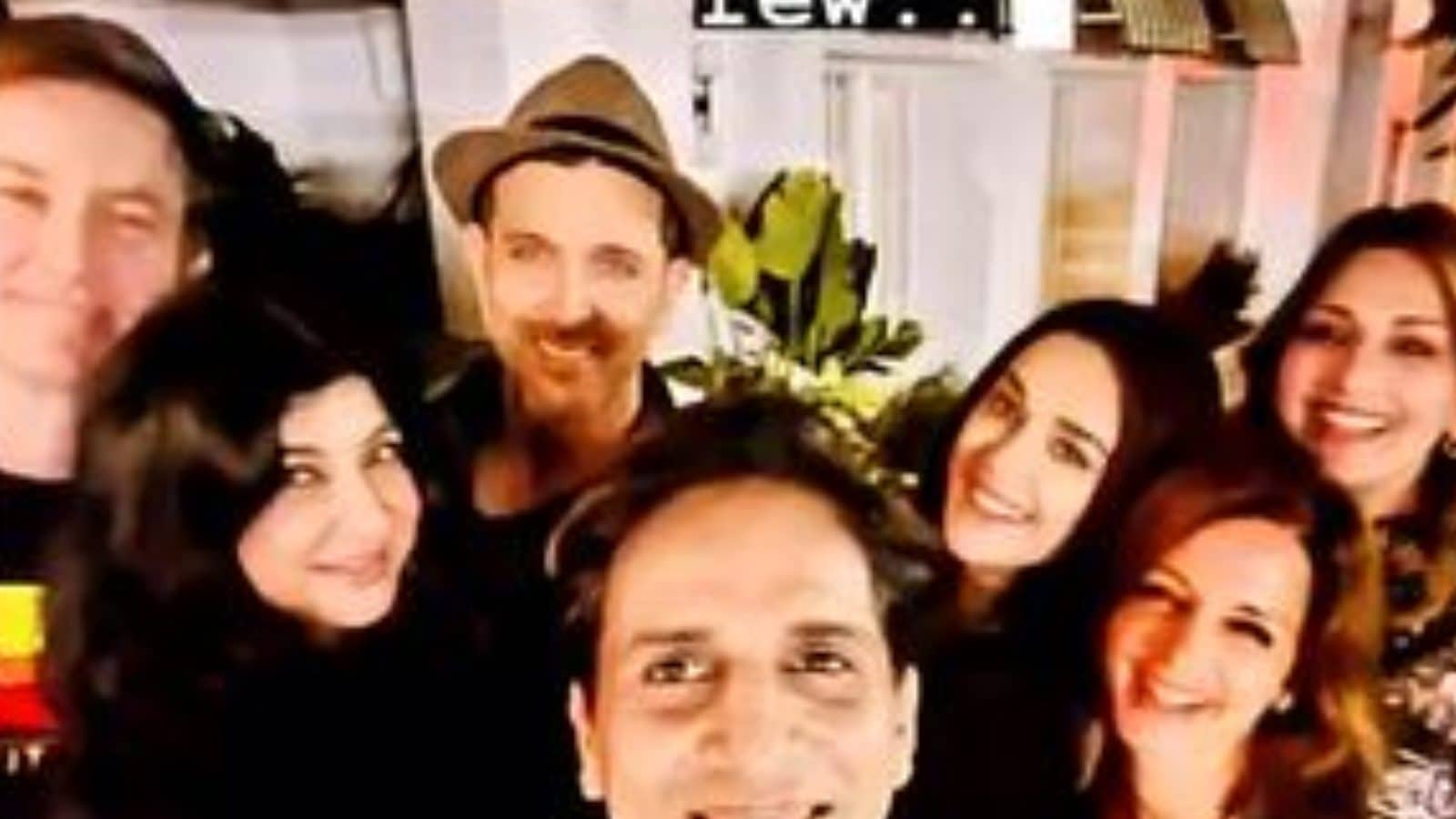 
Sussanne Khan and Hrithik Roshan might be divorced but the two are still on good terms and share a great bond with each other. Sussanne is often seen having lovely interactions with Hrithik’s rumoured girlfriend Saba Azad on social media. The Vikram Vedha actor is also seen hanging out with Sussanne’s rumoured beau Arslan Goni. Recently, Hrithik, his ex-wife and Goni had a gala time reuniting with Preity Zinta, her husband and actress Sonali Bendre among others.

Earlier, Preity had shared a photo of their reunion, now Sussanne, too, gave a glimpse of their memorable evening. Taking to her Instagram Story section, she shared their group photo and wrote, “The best people in the life are those with the largest hearts. My tribe. Missing a few.” For the uninitiated, Sussanne and Hrithik tied the knot in 2000 after dating for a while. They separated in 2014 and are co-parents to two children- Hridaan and Hrehaan Roshan.

This is not the first time Hrithik was seen spending time with Sussanne and Arslan. In April this year, he along with Saba, had a double date with them in Goa. According to pictures shared by actress and model Pooja Bedi, the two couples attended the party together celebrating the opening of Sussanne’s new restaurant in Goa.

Meanwhile, on the work front, Hrithik Roshan is currently busy with ‘Vikram Vedha which also stars Saif Ali Khan and Radhika Apte and is slated to release on September 30. ‘Vikram Vedha’ is the official Bollywood remake of the Tamil neo-noir action thriller ‘Vikram Vedha’ starring R Madhavan and Vijay Sethupathi.

Apart from this, he will also be seen sharing the screen space with Deepika Padukone for the first time in Siddharth Anand’s ‘Fighter.’ He also has ‘Krrish 4’ in the pipeline.