HomeEntertainmentHere are the 8 huge releases on OTT platforms in India this...
Entertainment 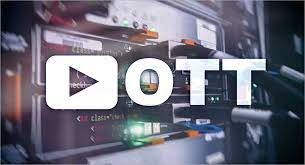 This is what Covid-19 has done to us. The whole experience of going to the theatre and waiting in line, for a first-day-first-show ticket, of one of the most anticipated movies is now lost on us. We just need to wait for the movie to come to us on our OTT platforms and we can watch it lying in our beds. No more discussing a movie with friends before watching it.

Now, the “I watched this movie last night” statement is thrown around a lot more. Theatres in the city might be opening up again but it is still not considered safe to go watch a movie in the theatres. We still need to rely on OTT platforms for our weekend entertainment, at least till the end of this month. Here are some of the new releases coming on OTT platforms of India this weekend.

The Viral Fever (TVF) has been churning out one excellent web series after another over the years. Series like Permanent Roommates (2014-2016), Pitchers (2015), and Tripling (2016-2019) have been loved by people all over the country. Their latest web series, Aspirants was an even bigger hit, becoming the highest-rated web series on IMDb. Another one of their successful web series is Hostel Daze, which had its first season released in 2019. The college hostel story of four friends connected with the masses and it was an instant hit. Now comes its second season, continuing the story of these four amazing friends and their hostel experience as seniors.

Premiering on the OTT platform Zee5, 14 Phere is one of two Bollywood releases this weekend in India. It stars Vikrant Massey and Kriti Kharbanda as a couple who both try to fool their parents about whom they are getting married to. While a romantic comedy at heart, the movie also tackles some of the caste differences plaguing society. Vikrant Massey is on a roll now, with his performance in Haseen Dillruba, and probably this movie doing well.

Where to watch – Zee5

After The Tomorrow War, here comes another action flick on Amazon Prime Video. Starring Kate Beckinsale in the lead, Jolt is the story of a bouncer at a club who has anger management problems. When her friend is murdered, she goes on an unbridled revenge streak. Directed by Tanya Wexler, this action-comedy also stars Jai Courtney, Bobby Cannavale, Laverne Cox and Stanley Tucci in pivotal roles and is one of the exciting OTT releases this weekend.

Where to watch – Netflix

For those seeking a bit of laughter in these troubling times, here’s Hungama 2, Priyadarshan’s next comedy. It has an ensemble cast of Meezaan Jaffrey, Pranitha Subhash, Shilpa Shetty, Paresh Rawal, Rajpal Yadav and Ashutosh Rana. It is a remake of the 1994 Malayalam film Minnaram starring Mohanlal. The movie contains a remix version of the classic Bollywood song “Chura Ke Dil Mera” which also featured Shilpa Shetty.

Where to watch – Disney+ Hotstar

#6 Kingdom: Ashin of the North

People who actively watch K-dramas might have come upon Netflix’s first original Korean series, Kingdom. This period horror series focusses on a crown prince as he tries to determine the cause of a plague that is destroying his kingdom. It’s one of the best K-dramas on Netflix and now, a new feature-sized special episode of this series is coming this weekend. It will act as a spin-off to the second season of this highly-rated series and will shift the focus on Ashin, a mysterious character who is apparently the source of this chaos.

Where to watch – Netflix

Telugu streaming platform Aha recently announced that the Telugu version of the 2021 Kannada movie Hero will be released on the platform. While launching the trailer, Aha asks in Telugu, “How far can you go for love?” Released back in March 2021, the Kannada version of Hero received rave reviews from all corners, creating demand for a Telugu version. Starring Rishab Shetty in the lead, this movie is a dark comedy about a barber who is planning to kill his ex-girlfriend. Interestingly, none of the characters’ names are mentioned in this movie and they are only referred to by their professions.

Where to watch – Aha

#8 Judas and the Black Messiah

One of the most exciting OTT releases this weekend in India, this film is a biopic of Fred Hampton, an American activist, and his eventual betrayal at the hands of William O’Neal, an FBI informant. The movie is a near-accurate depiction of the Civil Rights Movement in the USA and recently, Daniel Kaluuya won the Academy Award for Best Supporting Actor for his performance in this film. It’s one of the best English movies in 2021 and is a must-watch for everyone.

IMD Weather Forecast: Intense spell of rainfall is likely over these States.