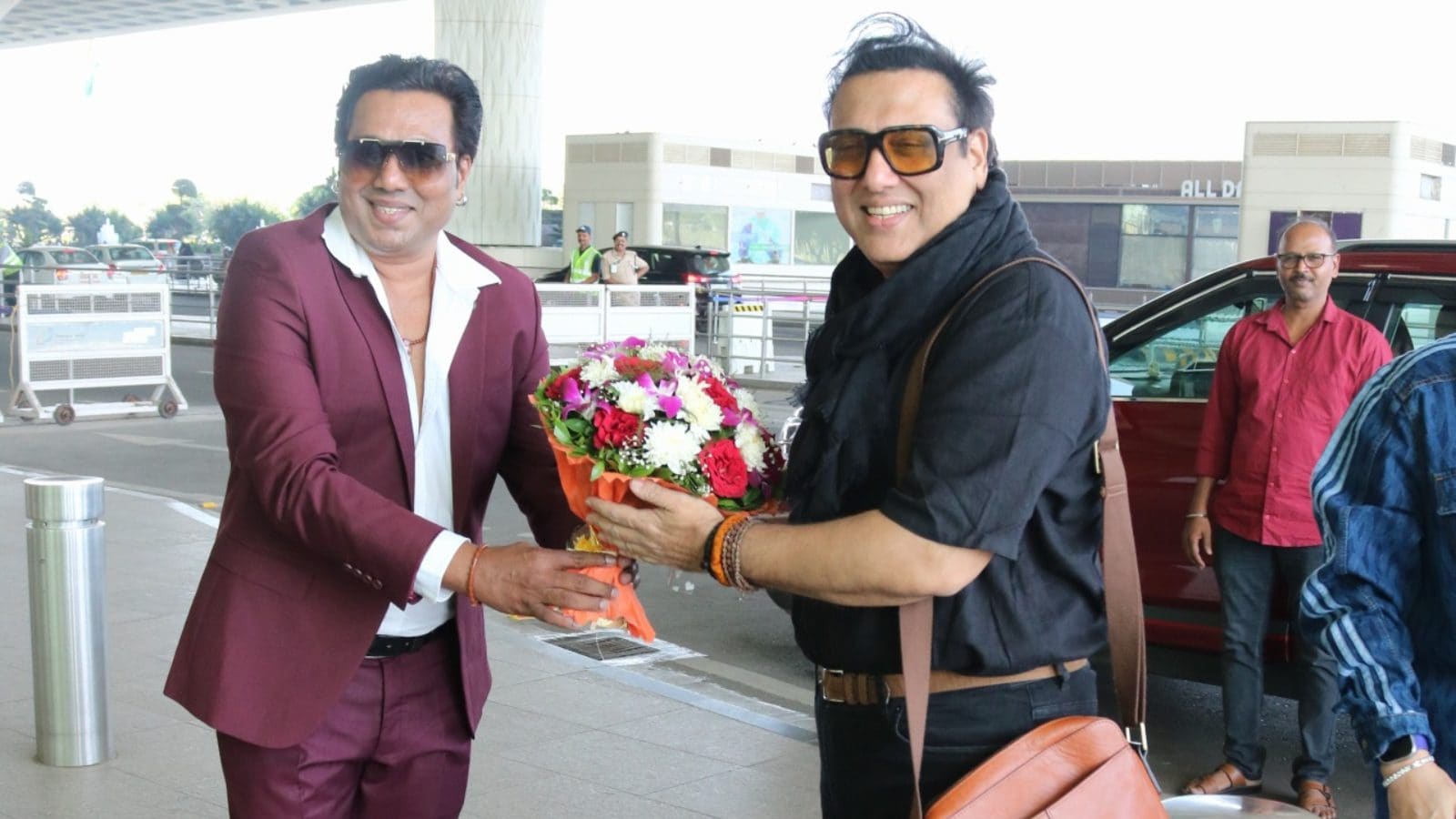 Govinda greeted his lookalike at the Mumbai airport on Saturday. The doppelganger not only gifted flowers to the actor but also fell on the actor’s feet.

Govinda has a loyal fanbase that continues to show admiration. His perfect comic timing in his films made him one of the top stars of Bollywood. Recently, Govinda was spotted at the Mumbai airport along with his wife Sunita Ahuja. He was seen stepping out of his car and meeting his doppelganger.

The lookalike was dressed in a maroon suit and sunglasses. He was also carrying a bouquet of flowers and touched the actor’s feet upon meeting him. The similarities were such that even Sunita couldn’t help but point out, “Carbon copy hai ye (what a carbon copy).”

Take a look at the clip here:

Social media users were flabbergasted by the uncanny resemblance. While one user was impressed by how patiently Govinda interacted with his fan, others were still trying to figure out who was the actor and who was the doppelganger. One Instagram user commented, “When Govinda meets Govinda.” “I thought the man in red was Govinda,” read another comment. Another one asked, “Bhai Real konsa hai.”

This is not the first time a celebrity’s doppelganger has surfaced on the internet. Recently, superstar Rajinikanth’s doppelganger from all the way across the border is winning the internet. Retired Pakistani civil servant Rehmat Gashkori is not only a Rajinikanth fan but also bears an uncanny resemblance to the superstar. In fact, he is able to pull off all the Rajinikanth tricks. From the swag way of wearing sunglasses to his iconic way of handling a revolver.

Coming back to Govinda, he and his wife, Sunita Ahuja recently appeared in Indian Idol, season 13. Impressed by contestant Vineet Singh, the actor offered him a chance to sing in his next film. His wife also mentioned that she is a fan of the contestant and the other judges of the show Neha Kakkar, Himesh Reshammiya, and Vishal Dadlani.