The final budget of the NDA government's second term is likely to rationalize tax rates and tax brackets, easing some of the burden on salaried workers. 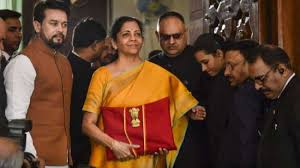 In the two-year-old alternative personal income tax system, officials at North Block, the Union finance ministry’s headquarters, are looking into the possibility of increasing the tax-free threshold to Rs 5 lakh. In this context, it is essential to mention that, according to the current tax laws, a person is obligated to pay tax if his taxable income in India exceeds the basic exemption limit. The annual exemption limit is generally Rs 2.50 lakh.

Many experts believe that while the tax burden has not changed, the cost of living has increased as a result of persistent inflation. In addition, it is high time to reduce personal income tax rates in an effort to boost disposable income and restart the demand cycle.

Additionally, the salaried class may benefit from rate rationalization in the final full budget of the National Democratic Alliance (NDA) government’s second term. An anonymous government official was quoted in a Business Standard report as saying that raising the limit will reduce assessees’ tax outflows and give them more money to invest as they see fit.

Only a small number of taxpayers have chosen the alternative tax system at this time. If taxpayers use tax exemptions like Section 80C and Section 80D, their tax liability decreases under the previous personal income tax system. However, the alternative tax structure does not provide any benefit from deductions of any kind. income up to Rs 5 lakh per year that is exempt from tax Taxpayers are reimbursed for taxes paid in the Rs 2.5–5 lakh range.

“However, it needs to be acknowledged how much this modification will impact the overall value and if the authority has the possibilities to do that, before considering any such move,” the official went on to say. He added that a preliminary average of the revenue impact of raising the tax net under the new regime had been produced and might be submitted to the Budget makers for evaluation, and that there might be discussion about whether both the old and new individual income tax norms required to be modified.

Last month, the leading business organization in India, the Confederation of Indian Industry (CII), proposed an overview of the personal income tax rates under the previous regime. It has proposed that duties be postponed up to Rs 2.5 lakh and that the rates between Rs 2.5 lakh and Rs 5 lakh be diminished from 5% to 2.5%.