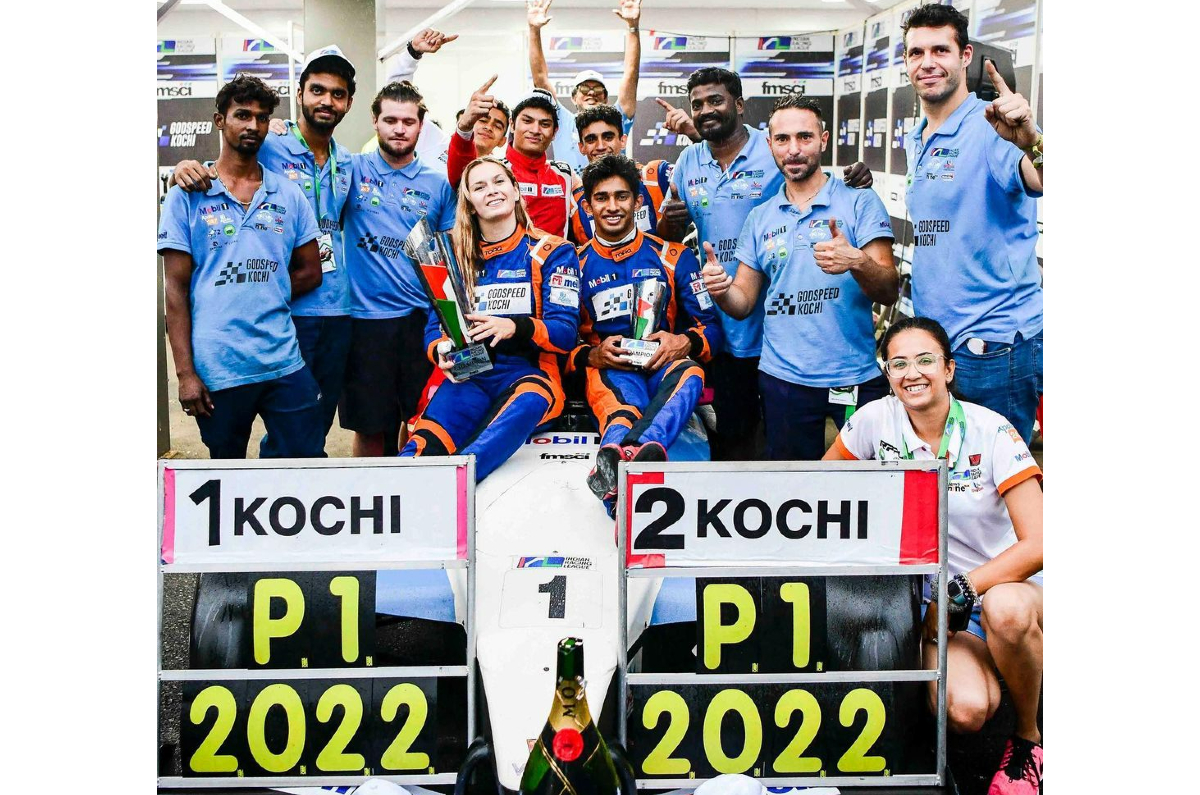 After four rounds, GodSpeed Kochi emerged as the first ever champions of the Indian Racing League after winning all races in the Hyderabad finale. Hyderabad Black Birds’ Akhil Rabindra, meanwhile, topped the drivers’ standings.

The inaugural season of the Indian Racing League got off to a rocky start at the Hyderabad Street Circuit – an altered version of which will host India’s first Formula E race next year. After multiple delays, the opening round was called off after Vishnu Prasad’s crash in practice. Autocar India sources say that brakes were a big concern on the Wolf GB08 Thunder cars.

However, after working on the issue, the next two rounds were held as planned at the Madras International Circuit, with the league returning to Hyderabad on December 10 and 11 for the season finale.

Red flags once again caused some disruptions, delaying all races and qualifying sessions to Sunday, but the organisers were able to successfully complete all the scheduled races, despite the mixed weather conditions.

Both drivers held on to their pole position advantages in the races. Yoong won the first race, with Goa Aces’ Gabriella Jilkova and Sohil Shah joining him on the podium. Bohra won the second sprint race, followed by Ruhaan Alva (also from GodSpeed Kochi) and Goa Aces’ Kevin Mirocha.

The final feature race has another unique addition – a mandatory driver swap. Chennai Turbo Riders’ Sandeep Kumar and Jon Lancaster won the race on track, but were later demoted to fourth. This handed Yoong and Bohra victory, with the team pulling off a clean sweep in the finale.

Heading into the last round, GodSpeed Kochi was second overall in the championship, just 13 points behind leaders Hyderabad Blackbirds. However, their trio of wins gave them the upper hand and they’ve been crowned the winners of the inaugural season.

Hyderabad Blackbirds did take home the drivers’ title, though. GT4 driver Akhil Rabindra scored a total of 143 points to win the drivers’ championship. He was followed by his teammate Neel Jani in second place, with 137 points, and the 2016 Le Mans winner had to skip the final round due to prior commitments.

Commenting on the inaugural edition of the series, Aditya Patel, director, Indian Racing League said, “I congratulate the GodSpeed Kochi team and the management for winning the first season of the Indian Racing League. These four weeks have been super exciting for us and I thank all the teams who have entertained us with all the nail biting contests we have witnessed. I’m very thankful to the entire Indian Racing League team to make this event a huge success.”