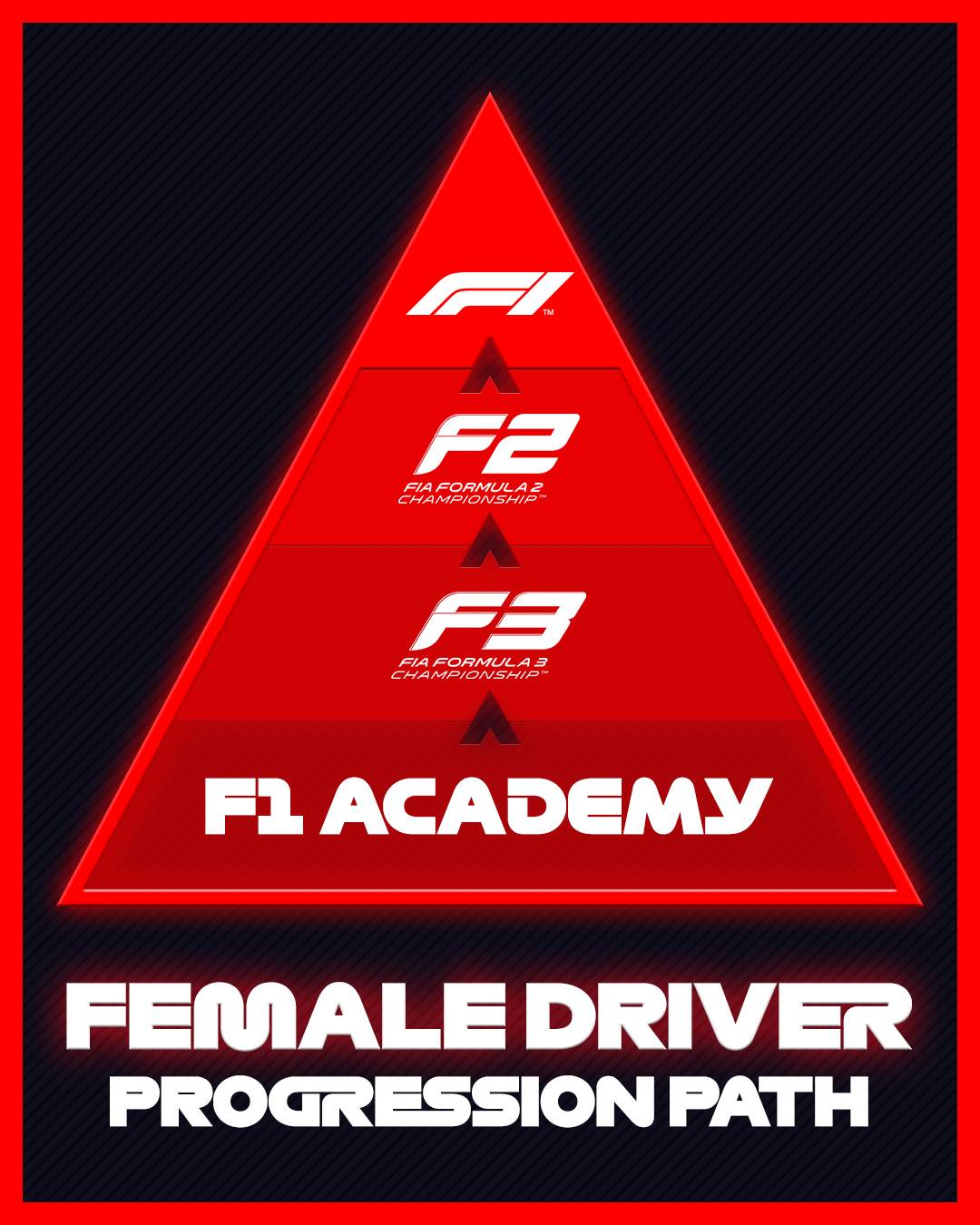 F1 Academy for female drivers will act as a feeder series for F3 and the W Series.

Formula 1 is launching a new all-female driver series called F1 Academy. Set to debut in 2023, the main aim of the series – which will sit below F3 in the single-seater rung – is to develop and train young female drivers to progress to higher levels of racing.

We sum up all the details that have been revealed so far.

A total of five teams will compete in the series, with three drivers each (making it a total of 15 drivers). The teams will be run by experienced current F2 and F3 teams.

The inaugural season in 2023 will have a total of seven rounds with three races per round. While the calendar will be revealed later, organisers have confirmed that it will likely be part of one F1 race weekend. There will also be 15 days of official testing.

Acknowledging that finding adequate budget for racing has been a challenge for female drivers, F1 will be contribute €150,000 per car (€2.25m in total). Drivers will be required to match that amount, which F1 says represents “a fraction of the usual costs in a comparable
series” while teams will provide the rest of the budget.

Like many other entry level series, F1 Academy will also use standardised chassis. The car used will be a Tatuus T421 chassis, which is used in several international F4 championships. It will be powered by a turbocharged Autotecnica engine delivering 165hp.

Pirelli will supply the 13-inch tyres for the cars.

Where does F1 Academy fit in the F1 feeder ladder?

The announcement of the F1 Academy comes in the wake of the W Series being forced to cancel its final three rounds in 2022 due to issues with fundraising. However, F1 Academy won’t replace W Series, but will instead act as a feeder series for the same.

It will be a platform for young racers in karting or other junior series to gather some experience before making the step up to Formula 3 or even the W Series. “During assessments of the barriers young female drivers face with entering the F1 pyramid, it became clear that they do not have the same amount of experience as their male counterparts at the same age. The goal is to fill this gap and offer them access to more track time, racing and testing,” an official statement says.

“They will also grow by working with professional teams, who are renowned in motorsport for nurturing young drivers, and who will help them develop the crucial technical, physical and mental preparations.”

The F1 Academy will be managed by Bruno Michel, who is the CEO of Formula
Motorsport Limited that oversees F2 and F3. “I am very excited to launch this new category. Diversity is extremely important in motorsport, and with the F1 Academy we will prove that female drivers have what it takes to compete at high levels. I am absolutely convinced that if young women are given the same amount of experience as any other driver, they can successfully make their way through the pyramid. Our goal is to see female drivers on the F3 grid in the next two to three years, and for them to quickly challenge for points and podiums,” he said.