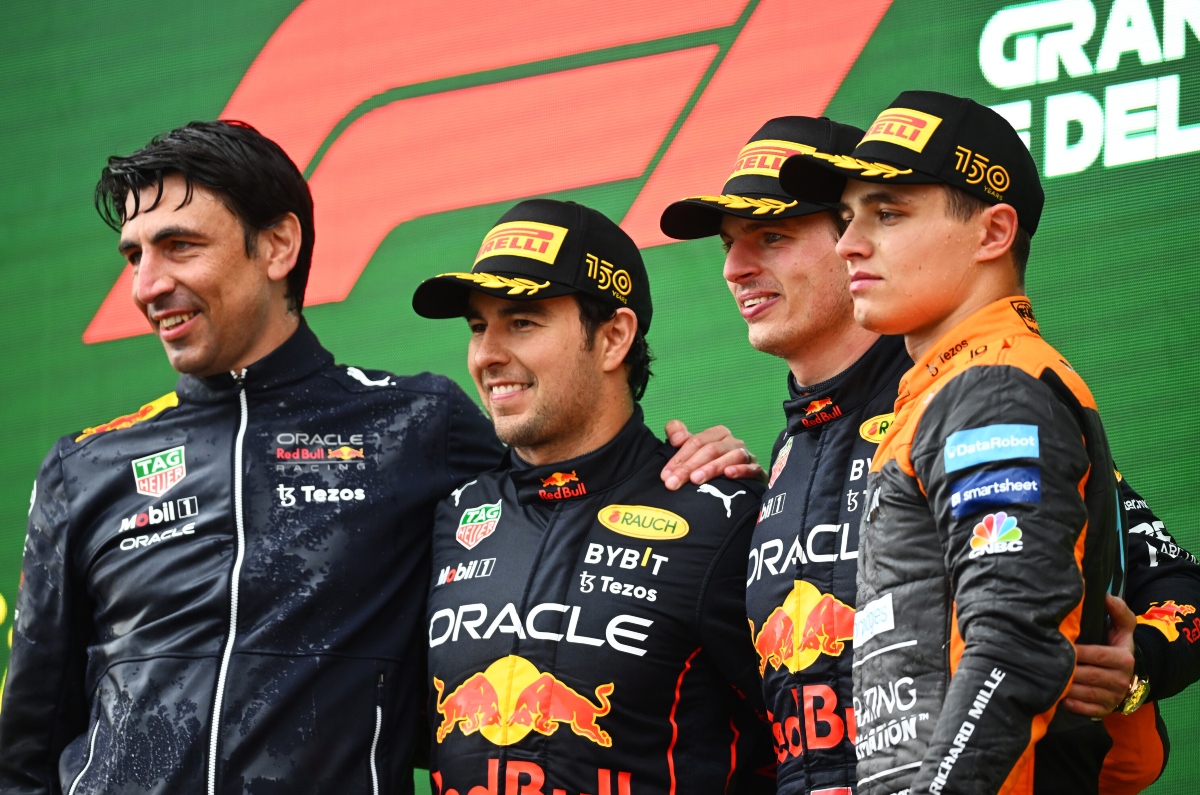 Verstappen and Perez secure a 1-2 finish for Red Bull, as late error by Leclerc hands Norris a podium finish.

On a weekend that saw Carlos Sainz and Ferrari agree to a two-year contract extension (until 2024), the race at Imola put a damper on the celebrations. The Spaniard’s bad luck continued as he was forced to retire on the opening lap itself following a tussle with Daniel Ricciardo in wet conditions. This is the second race in a row that he has suffered a DNF.

Leclerc, meanwhile, lost position to both Perez and Norris at the start. He did pass Norris on Lap 8 to move up to third, and then spent the rest of the race trying to reel in Perez. But the championship leader made a critical error on Lap 53 as he spun and hit the wall at Variante Alta. He was forced to pit for a front wing change, which dropped him down to ninth. While he did gain a few places thereafter, he could only salvage a sixth place result.

Sprint race winner Verstappen seemed comfortably in control as the track transitioned from wet to dry. He cruised to victory, 16.5 seconds ahead of teammate Sergio Perez and even bagged an extra point for setting the fastest lap. It was a crucial result for the championship hopes of the Dutch driver, who suffered retirements at Bahrain and Australia.

“It’s always tough to achieve something like that. Already yesterday and the day before, we were on it and it was looking like a strong weekend. Today, you never know with the weather how competitive you will be. But as a team we did everything well and I think one-two is very well deserved,” said Verstappen.

“The start was very important, but afterwards [also], judging the conditions and when to swap to the slick tyres and on the out lap on slick tyres not to make mistakes. In the lead, you have to always dictate the pace, and it’s always a bit more difficult initially but everything was well managed,” he added.

Leclerc’s error promoted Norris to third place. He was followed by Mercedes’ George Russell. It was a difficult weekend for the Silver Arrows, with team principal Toto Wolff admitting the race was a “write-off” following the team’s poor performance in the sprint race. But while Russell managed some damage limitation after a strong start, Lewis Hamilton appeared to struggle far more and could only finish 13th, well over a lap behind Verstappen.

Leclerc still tops the standings, but his lead has now been slashed to 27 points. Verstappen’s win, meanwhile, promotes him to second place overall, five points ahead of Perez.

F1 heads to a brand new circuit next, with the Miami GP making its debut on May 6-8.

F1 Miami GP: 5 things to look out for