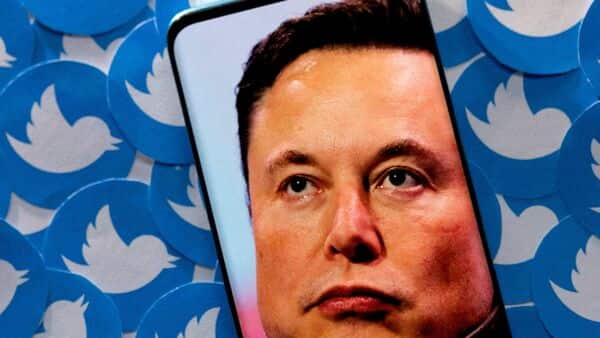 The world’s richest man has long been an advocate for “citizen journalism,” but since his takeover of the social media site he’s been particularly talkative on the idea of ordinary people, rather than what he terms media elites, being the ones who surface information.

The history of Twitter in its second-biggest market shows his instinct here is likely correct. Little attention has been paid internationally to the impact of Musk’s purchase in Japan, but in 2021, the country contributed around 13% of revenue, nearly as a much on a per-capita basis as the US. It was the only nation apart from the US that the firm broke out separately in its 10-K annual report, with sales growing 23% from the previous year.

There’s one simple reason why Twitter grew to be so popular in the country — it’s a lifeline in times of calamity, and Japan is beset by natural disasters more often than most. Twitter found its feet after the triple catastrophes of March 2011 — earthquake, tsunami and subsequent nuclear meltdown — when traditional lines of communication broke down in the face of the largest temblor the nation has ever experienced.

Phone lines collapsed and messaging apps weren’t yet ubiquitous. The platform was used to share information, seek shelters, for survivors to inform loved ones of their safety, and for those in danger to request help. The millions stuck in Tokyo,(1) unable to get home with public transport paralyzed, turned to it to share information on restarts and routes.

It was among the earliest examples of Twitter’s public value — indeed, of social networking in general. The company, which had only just set up its Japanese office that month, became universal. Japanese users still flock to the site when an earthquake, such as the 7.3 magnitude one in March, hits, sharing information in real-time about the damage far faster than traditional media organizations could ever manage.

It’s far from the only example of Twitter’s vital function in times of disaster. In India’s calamitous Delta Covid wave of spring 2021, the service helped connect those in need of oxygen and hospital beds with those that had supply. Users assisted to amplify others’ calls for help with hashtags such as #CovidSOS. It’s proved invaluable in times of political upheaval too — from its role in the Occupy Wall Street protests, to the “Twitter Revolutions” of Iran, Egypt and Tunisia. Authoritarian governments, of course, got smarter, with China accused of using the platform to undermine the Hong Kong protests in 2019. Nonetheless, it was still an essential public square in the conversation after the killing of George Floyd and has also been used to help document war crimes and other atrocities.

While Twitter’s potential for disinformation is well-cataloged, it also offers a space for countering such claims, regardless of where they come from. In the aftermath of 3/11, with rumors of radiation in Tokyo triggering many foreigners to flee the capital, Twitter was both a source of gossip and a balancing force, with first-hand reports from the city helping to dispel overhyped media accounts of nuclear disaster. In the early days of the pandemic, it was used to share information on the benefits of wearing masks, at a time when the official line from the US Surgeon General was that they were useless.

Musk seems to recognize the importance of his service to the public discourse. He reportedly raised Japan’s high usage of the site as an example of what every country should aspire to in a meeting with employees. It’s hard then to square this with his plans to give “priority in replies, mentions & search” to accounts that pay $8 a month to be verified.

“Widespread verification will democratize journalism & empower the voice of the people,” Musk said in a recent tweet. What of those who find themselves in the midst of a disaster or a protest — and can’t or won’t pay to be authenticated? The concept of the citizen journalist is that they’re on the ground, ordinary people in extraordinary situations, whether they’re Twitter Blue or not. It’s hard to see users in Japan, where most go by anonymous account names and don’t want to be verified, paying a monthly fee that’s more than twice what an office worker spends on the average lunch in the expectation they might at some point contribute to catastrophe coverage.

While Twitter has become an indispensable tool for governments to distribute information in times of crisis or for those opposing authoritarian regimes to work around them, Musk, of course, has no obligation to provide or protect this service. One of Twitter’s true failures was its inability to find some way to monetize a service so useful that it should be charged for. “Twitter is All the News,” he said in another tweet. And he’s right — Twitter became like much of journalism has, simultaneously essential, and yet with a business model that provides everything away for free. Something has to give. Can Musk find a way to thread the needle of keeping Twitter’s most crucial function, and making money from it?