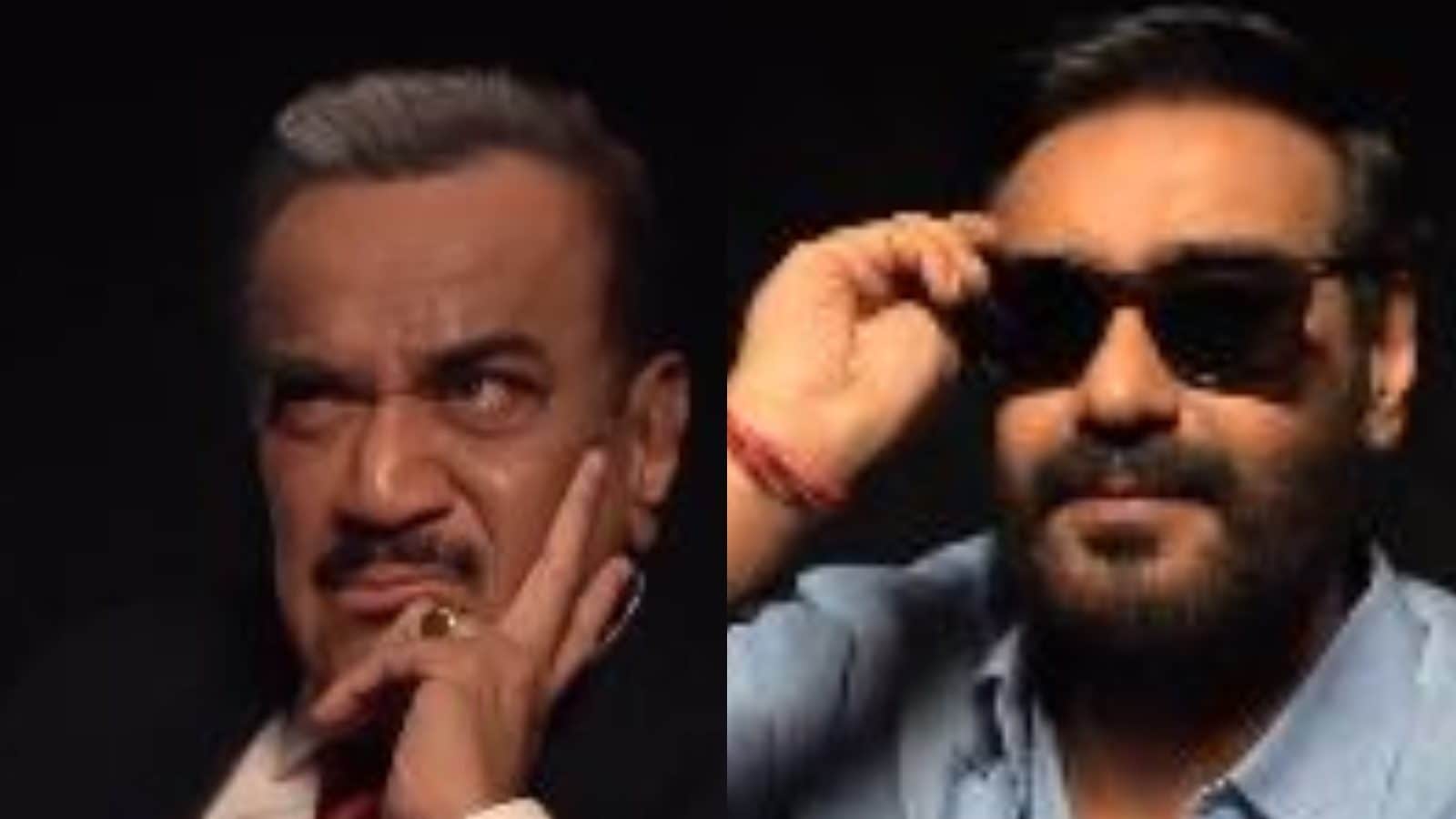 
The release date of the second instalment of Ajay Devgn’s crime thriller, Drishyam 2 is fast approaching, and the makers are leaving no stone unturned to brace the audiences for it. Ajay Devgn, who is currently busy promoting his upcoming project to the masses, has now used a unique strategy to generate the right amount of anticipation around Drishyam 2. On Friday afternoon, the lead actor shared a brilliant video making reference to his character Vijay Salgaonkar’s case alongside the crew of the popular police procedural television show, CID.

The television series saw ACP Pradyuman, Abhijeet, and Daya, as an elite officer trio working for the criminal investigation department to solve mysteries around heinous crimes. Now, Ajay Devgn invited the elite trio in his quirky video to investigate the murder case of Vijay Salgaonkar. In an interrogation room, the trio continues to decipher what happened on October 2 and 3 and appears to be confused. Meanwhile, Ajay Devgn looks impatient and waits for the CID to complete their questioning, knowing that they also might fail to unravel the mystery behind the popular dates.

In the end, Ajay Devgn acts all cool by donning sunglasses to provoke the team. The funny video was accompanied by a hilarious caption that reads, “Case reopen hua nahi, inki interrogation shuru.” If the CID team were to really investigate Vijay Salgaonkar’s case in the film, then it would have been written down as the only unsolved murder mystery by the elite trio. Watch the funny clip here:

The first installment of the crime thriller showcased how a fourth-grade dropout goes to extreme lengths to shield his family from the murder committed in the backyard of his house. While he managed to force the police to close the case in the first installment, now Drishyam 2 traces the events that take place when the closed case is reopened, causing havoc in the life of the Salgaonkar family once again.

Directed by Abhishek Pathak, the movie sees Ajay Devgn, Tabu, Shriya Saran, Mrunal Jadhav, and Ishita Dutta reprising their roles, while Akshaye Khanna is the new addition to the film series. Drishyam 2, which is the remake of superstar Mohanlal’s Malayalam movie of the same name, is scheduled to hit the big screens on November 18.