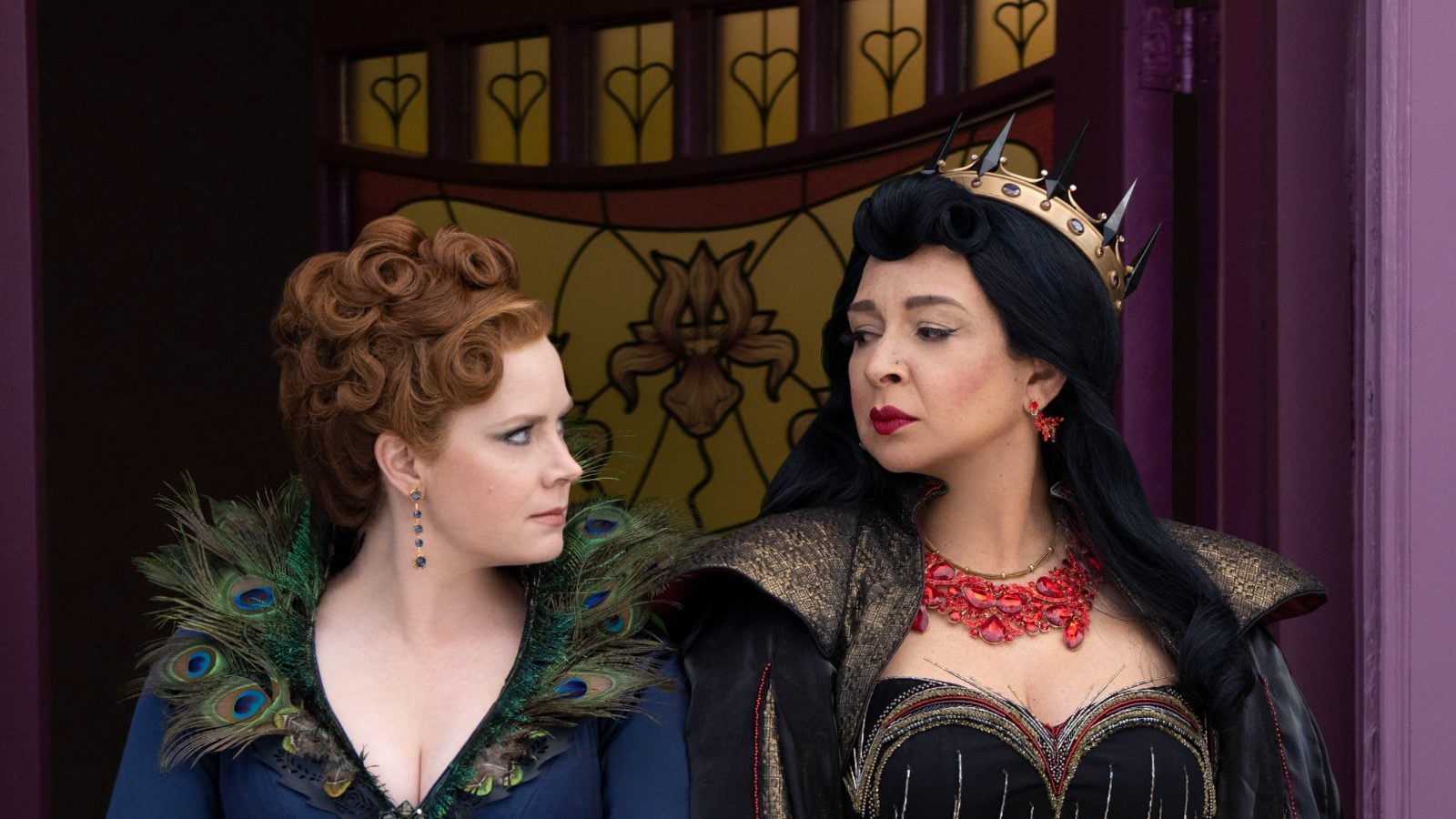 
An hour into the Disenchanted comes a scene when Maya Rudolph’s Malvina Monroe stands with a scissor in her hand and threatens the magical scroll to answer all her questions otherwise she will get into editing mode. Maya should have pointed the scissor at director Adam Shankman and asked him to edit the film instead of threatening the scroll. At least the film would not have been all over the place!

Disenchanted, the sequel to the magical 2007 Enchanted brings back starry-eyed Amy Adams as the magical being Giselle and shows her life after the happily-ever-after. Happily married to Robert Philip (Patrick Dempsey), Giselle is not only the mother of Robert’s daughter Morgan (Gabriella Baldacchino) but she has also given birth to her first daughter with Robert. All seems well as the family grows up in New York.

However, Giselle misses the magic, misses the life of the happily-ever-after that she dreamt of when she was growing up in the fairytale land of Andalasia, Narissa. One day, she comes across a billboard hoarding about a suburban town that makes her believe she can start a new life with Robert and their children. Once they move in, Robert and Morgan try their best to fit in while Giselle encounters her own version of villains — played by Maya Rudolph, Jayma Mays, and Yvette Nicole Brown. While her wish to move has been granted, Giselle’s dream doesn’t seem to be fulfilled.

Disenchanted stays true to Enchanted’s parody-style narrative. Mocking the troupes of age-old fairytales while reminding audiences that magic is all within is a win for the franchise. However, Disenchanted undoes the magic cast by Enchanted. Unlike the original film, where the mockery and narration seemed smooth, Disenchanted seems to be trying very hard to make you laugh.

To top it off, the writing is all over the place. The film doesn’t shy away from experimentation — switching a good-hearted Giselle to an evil stepmother and roping in people from different ethnicities to finally letting go of white-washing fairytales — which is in the favour of the film. However, the film feels like a drag.

Despite the runtime being less than two hours, the lack of depth in scenes that show the impact of the spell on each character leads to the film being imbalanced and even stretched in places. This makes the film’s magic wear off even before we hit the climax of the film. The climax could have also been reduced by at least five to seven minutes.

The actors tried their best to salvage the bad writing. Amy seems like she’s having a ball playing the dual role of evil and nice. The script should have given her more space to show her evil side instead of playing it safe. Maya Rudolph is a treat to the eye. Although limited juicy scenes to perform, Maya shines in every scene that she is in. 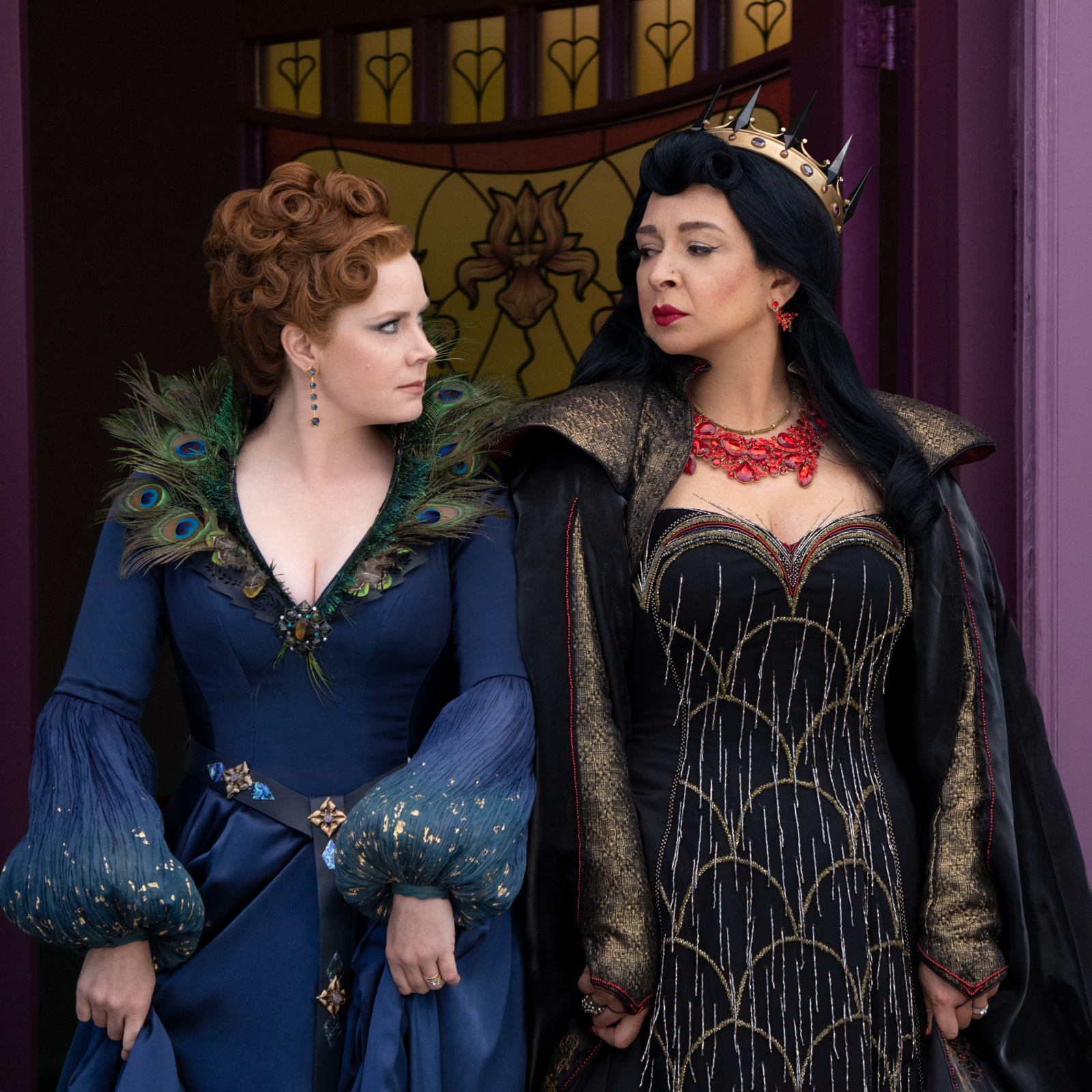 Gabriella as the new-age Cinderella is fun to watch but I wish the film gave her more to offer than the usual cliches. The McDreamy Patrick Dempsey unfortunately felt like a misfit in the film.

Disenchanted fairs well when it comes to the VFX. It is undoubtedly visually stronger than its original. But sadly, given that Disenchanted is a musical, I couldn’t take back home a single song to add to my playlist.

I’d recommend you watch Disenchanted if you loved Amy Adams as Giselle in Enchanted and for the entertaining Maya Rudolph.