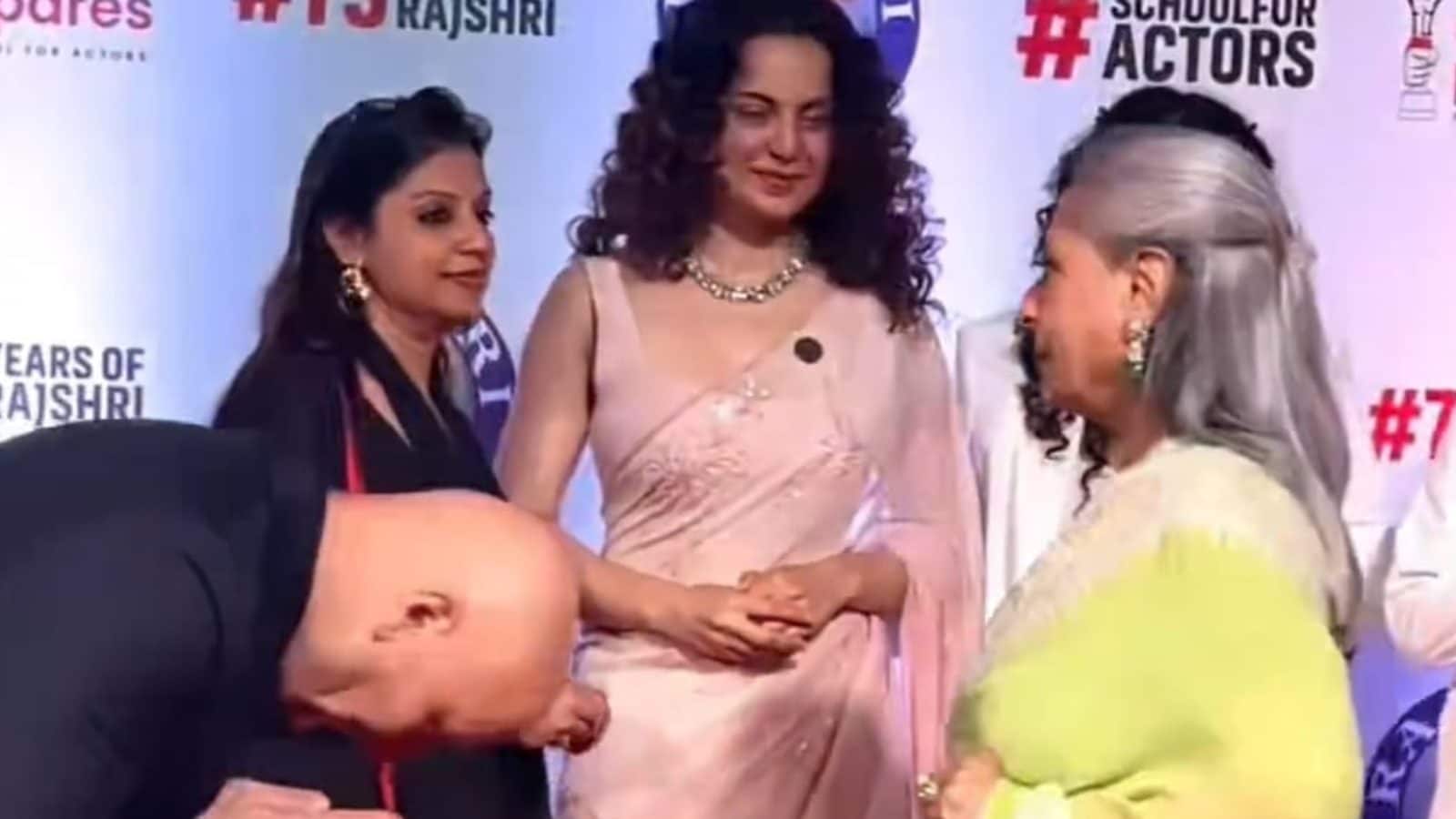 
Did Jaya Bachchan ignore Kangana Ranaut? A new video from the premiere of Uunchai seems to hint that the veteran actress ignored the Queen actress. The star-studded premiere took place on Wednesday in Mumbai and some of the biggest stars attended the special screening. While Amitabh Bachchan, who is also in the film, was not seen on the red carpet, Jaya and Abhishek Bachchan were seen attending it.

In a video shared by a paparazzo on Instagram, Anupam Kher welcomed Jaya Bachchan with folded hands and bowed down in front of her. While the grand gesture left fans impressed, fans noticed that Jaya seemingly ignored Kangana. “Jaya completely ignored Kangana and sucking up …around Kher,” a social media user claimed. However, a section of social media disagreed.

Watch the video below:

The premiere was also attended by several other stars including Madhuri Dixit, Rani Mukerji, Vivek Agnihotri, Akshay Kumar and many more.

Uunchai is special for Sooraj Barjatya as the film releases on the 75th Anniversary Of Rajshri Productions. The film stars Amitabh Bachchan, Anupam Kher, Boman Irani, Parineeti Chopra, Danny Denzongpa and Neena Gupta, and is set to release on November 11. The film revolves around three senior citizens who head to the Himalayas to accomplish a dream that their late friend had dreamt of.

The film has been extensively shot in Nepal, Delhi, Mumbai, Agra, Lucknow and Kanpur. It marks director Sooraj R. Barjatya’s return to the big screen after 7 years.