More
HomeEntertainmentDhanush Recalls Being Nervous During The Gray Man's LA Premiere But His...
Entertainment 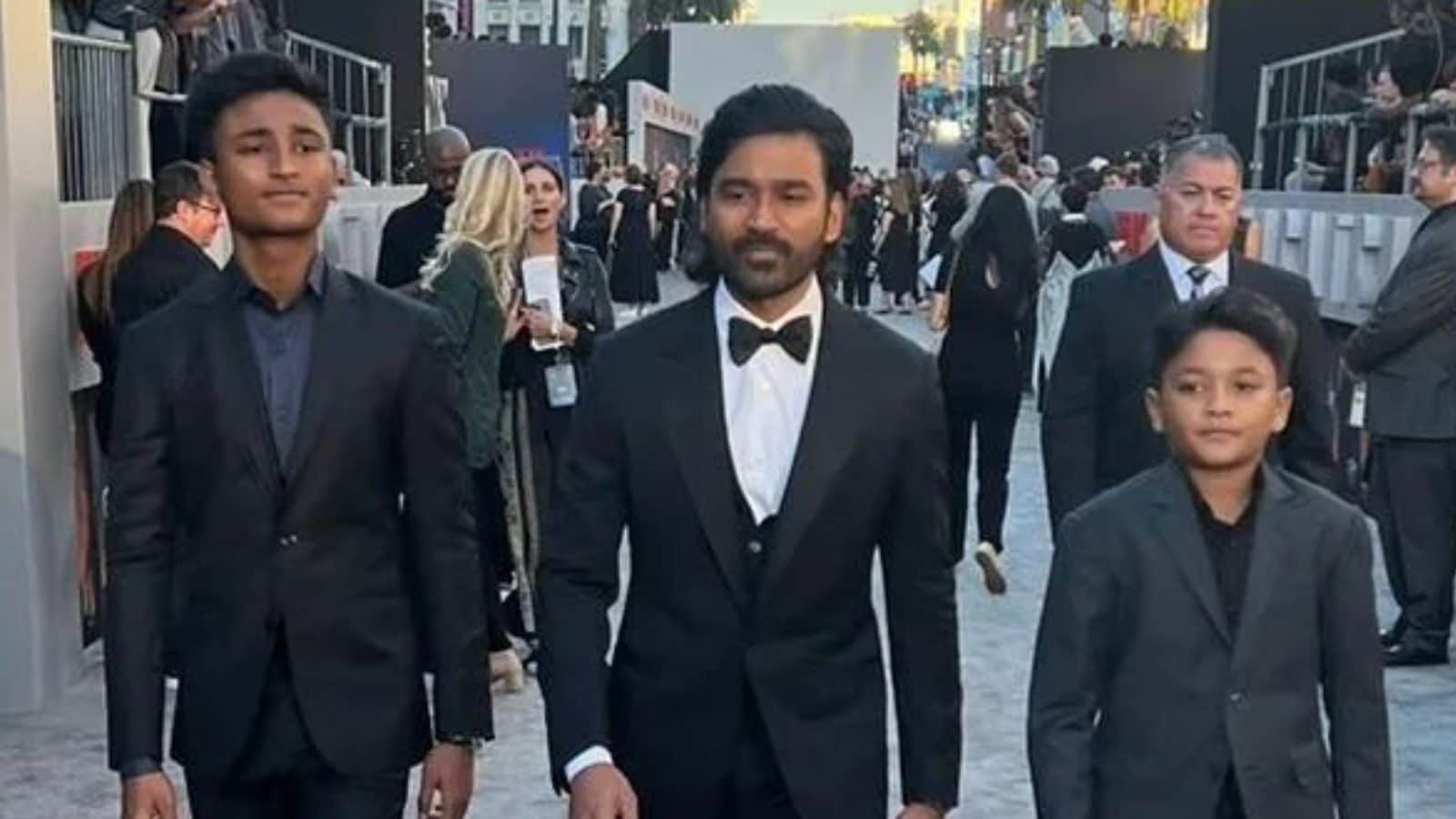 
Dhanush made headlines when he walked the red carpet of The Gray Man with his sons in Los Angeles. The actor, who rocked a mullet, was seen wearing a smart tuxedo while his sons — Yatra and Linga — were seen attending the event with him wearing a smart blazer. While the trio looked oh-so-confident, the actor confessed he was nervous at the red carpet event.

Speaking at the press conference of The Gray Man in Mumbai, with Russo Brothers by his side, Dhanush said that he is confident in front of the camera but he is nervous when it comes to such grand-scale events. However, he added that his sons surprised him by being super cool during the event.

“I am the coolest dad in the world, all weekends. They loved the film. They were very excited. They were really chill and cool. They surprised me because I was very nervous. I am very confident in front of the camera but I am very uncomfortable doing everything else. They loved the whole experience and it meant the world to me that they were there,” he said.

At the time, Dhanush shared pictures with his sons and wrote, “When you realise they have completely stolen the show from you. At #TheGrayMan premiere with Yathra and Linga (sic).”

Besides talking about the red carpet event, Dhanush added that his sons are big fans of the Russo Brothers and their movies, Avengers: Infinity War and Avengers: Endgame. “I mean, of course, Infinity War and if you have kids at home…my kids are big fans, go to the theatres and watch the true meaning of larger than life. It’s amazing to have an opportunity to work with them, it’s great,” he said.