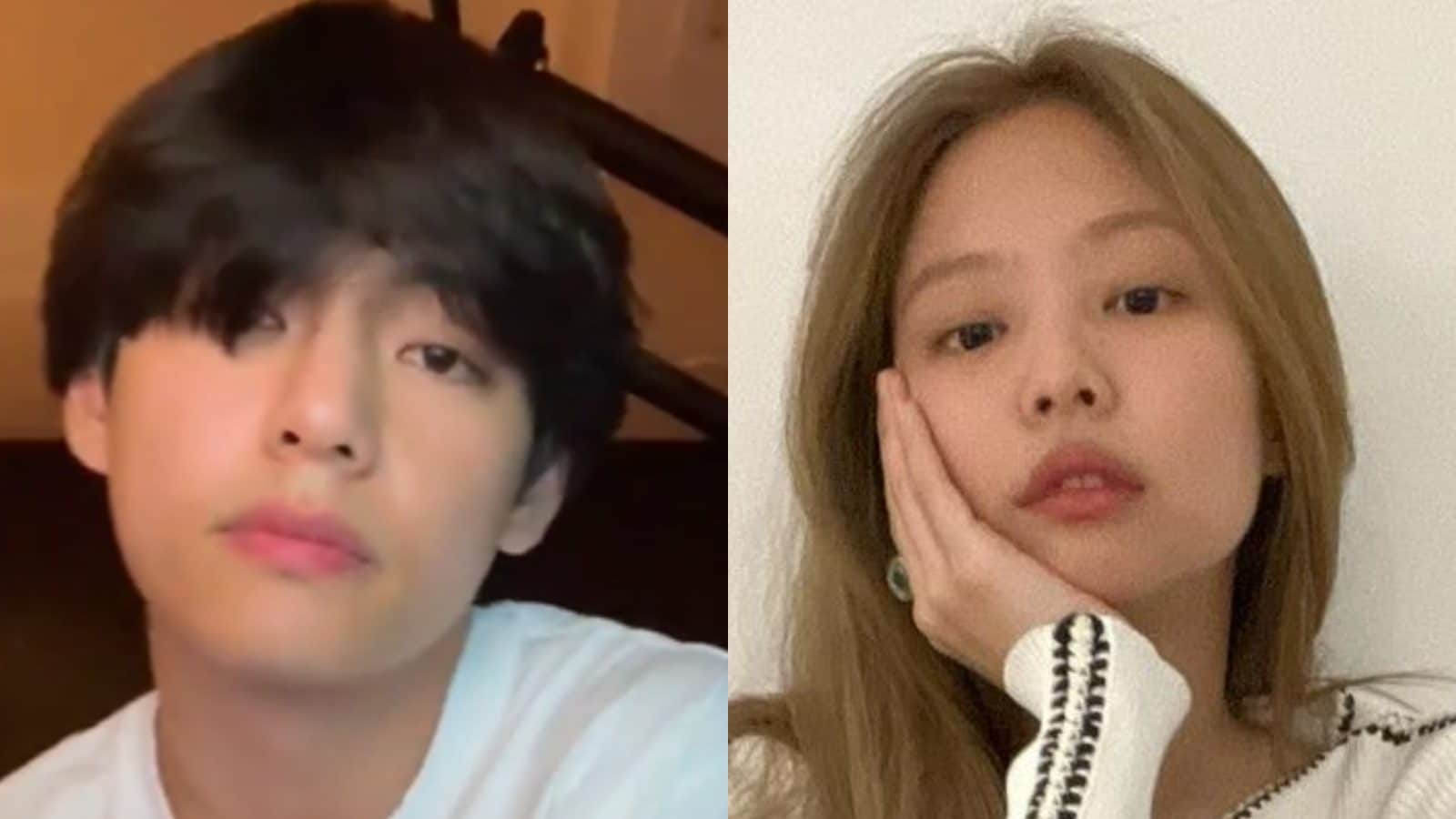 
BTS singer V and BLACKPINK member Jennie are rumoured to be dating for a while now. Although the K-pop idols and their respective agencies, HYBE and YG Entertainment, are yet to react to the dating rumours, a number of alleged pictures featuring two people looking like Kim Taehyung and Jennie have surfaced over the past few weeks. On Saturday, another alleged picture leaked online.

The new picture, watermarked with gurumiharibo — the same person who has been posting alleged pictures of the duo, surfaced online. In the picture, a man resembling Taehyung was seen resting on a white couch while a grey and white cat slept beside him. Fans claim that the cat in the picture belongs to Jennie.

Gurumi Haribo has uploaded the HD version of the pic previously leaked where Taehyung was sleeping next to Jennie’s cat pic.twitter.com/SAVPVQTcxh

The new alleged picture comes days after it was reported that Taehyung attended the private BLACKPINK party celebrating the release of their new album Born Pink. South Korean news outlet JTBC reported that the party took place in Seoul’s Seongsu-dong on September 14. The invites were sent out only to celebrities and it is claimed that even the stars’ managers were not allowed. The guest list allegedly included actors, singers, and more. The report added that Taehyung and Jennie’s agencies, HYBE and YG Entertainment, haven’t confirmed the developments.

While several reports claiming their relationship has been doing the rounds, one of the reports featured a statement from the agencies that read that they cannot comment on the relationship. As quoted by the South Korean publication Newsen in their report, the agencies said they are maintaining their stand that “it is difficult to confirm because it is the artist’s private life.”

Meanwhile, whether the leaked pictures are real or not, fans are concerned about Taehyung and Jennie’s safety and hope that the agencies take action soon.