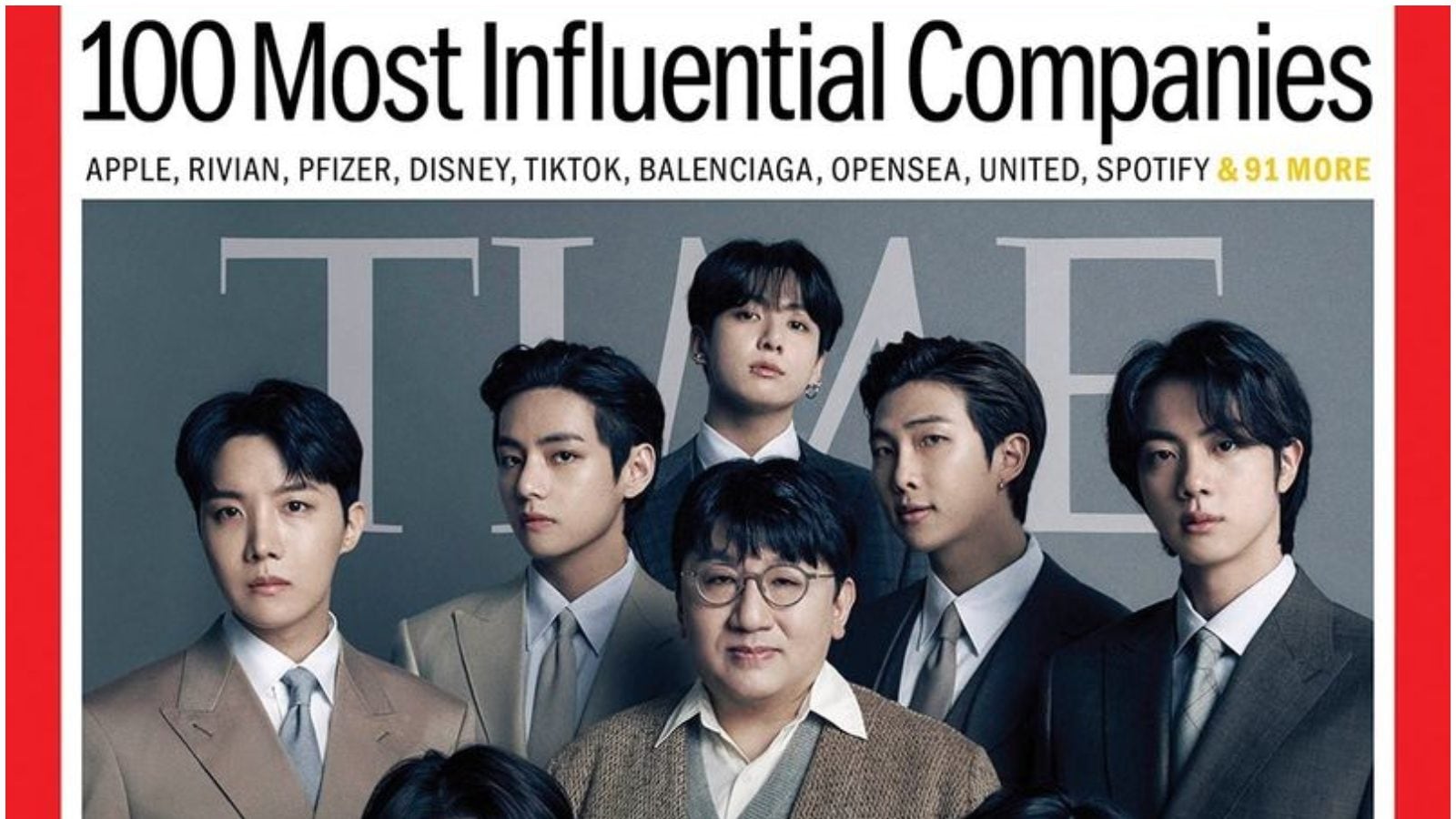 
BTS is a global musical sensation currently, with fans all over the world and their songs breaking chart records. The company behind the most successful South Korean boyband in history, HYBE, has gone from being an underdog company to being among major music labels globally. The Korean entertainment lifestyle company, formerly known as Big Hit Entertainment, has made it to the list of 100 Most Influential Companies by Time magazine, for the second year in a row. The BTS members and founder Bang Si Hyuk feature on the cover of the April edition of the magazine.

Sharing the cover, Time wrote on Instagram, “Despite the setbacks brought on by the pandemic, BTS — and the company behind them — has thrived. That ongoing success is a direct product of the shrewd management agency that backs them, writes Raisa Bruner. Initially founded as Big Hit Entertainment in 2005 by musical mastermind Bang Si-hyuk, the company listed publicly on the Korean exchange in 2020 as HYBE; it’s valued at $9.5 billion today.”

“HYBE is not just a record label or a management company. ‘HYBE’s vision has always been ambitious—to the point of being presumptuous,’ says Bang over Zoom from its headquarters in Seoul. ‘Our vision is to become the world’s leading entertainment lifestyle platform, with music as our foundation’,” the post read.

Hybe had been named among TIME Magazine’s list of 100 Most Influential Companies in 2021 as well, along with some of the most powerful names in the world such as Apple, Delta, Sony Music Group and Twitter. Last year, Time had mentioned HYBE as a pioneer for “Creating a BTS-fueled empire,” likening it to entertainment conglomerate Disney. HYBE and Samsung were the only Korean companies that made it to the list in 2021.