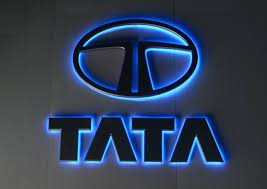 Heavy rains have been causing much havoc in many parts of India these days. There have been photos and videos which show cars are being washed away, cars floating around and even crashing into other cars. Some cars got washed away only to be later found far away from their originally parked location.

Multiple units of brand new Altroz and Safari which are awaiting delivery, have been affected due to heavy rains in the region. The water level is so high that entire tyre of Altroz is submerged and is no longer visible.

There are a few units of Tiago as well in the stockyard. All Safari and Altroz units which are seen at the stockyard submerged in water are in white colour while the Tiago is of red colour.

It is not clear as to whether these Tata cars are damaged or not. Only thorough investigation will reveal the extent of damage to engine. As the cars were only parked, and not started, there is high chance that there will be no engine damage to the submerged Tata cars. Interiors could have been damaged.

As per IMD (India Meteorology Department), the region has been given Orange alert. IMD has also asked authorities to prepare for cuts in electricity due to flooding in various parts of the state. There could be disruption in water supply as well, affecting daily lives of citizens.

Tata Motors Sales of Tata cars are at a new high in the past few months. The last time Tata was posting sales in the region of 25k-30k units a month, was about 9 years ago.

Hero MotoCorp announces a hike in prices of its entire two-wheeler range.

Ola Electric has announced that the company has sold Ola S1 scooters worth more than ₹600 crore.

Apple will be announcing the ninth generation of entry-level iPad at the event scheduled for today.

The UAE will lift its restrictions on entry for fully vaccinated residents visa holders from India.