After a long, pandemic-induced hiatus, the world’s design greats congregated at Milan for Salone Del Mobile earlier this month. The Milanese furniture and design fair not only celebrated its 60th anniversary, but also had 2,175 brands participating in the first in-person exhibition in over two years.

“It was exciting to visit Milan [after the two previous editions were cancelled]. Although I expected changes, it felt rather familiar,” says Ashiesh Shah, who in his 12th year at the fair, debuted Brahmaand, his collaboration with carpet brand, Jaipur Rugs. “The collection [hand-knotted rugs in deep indigo hues] is inspired by the vast unknown and draws parallels with ancient Indian science and mysticism. Our booth, conceptualised by [Italian designer] Matteo Cibic — realised in indigo and foregrounded by the rugs — stood out amongst the monochromatic booths all around.”

Of the three days he spent in Milan, Shah reserved one to wander the exhibition halls and check out the outdoor installations — Kohler’s ‘Divided Layers’, for instance, simulated moving through a sink. “Highlighting sustainability as a theme, coupled with an energising expanse of creativity, Salone offered thought-provoking experiences through immersive installations,” he shares. Here are five he found memorable:

The British designer unveiled a series of six lighting designs that combine influences of Brutalism and places of worship. [He took over the entire Blindarte gallery in Milan and filled it with over 100 lights.] Among the six was Vesper, a geometric pendant design in anodized brushed silver or brushed gold, and Requiem, which is inspired by Brutalist sculpture and drapery. The simple yet theatrical setup had an ethereal quality that left the viewer in awe.

Loewe, one of the biggest global fashion brands, went against the grain of consumption to celebrate the power of fine artisanship and repair. 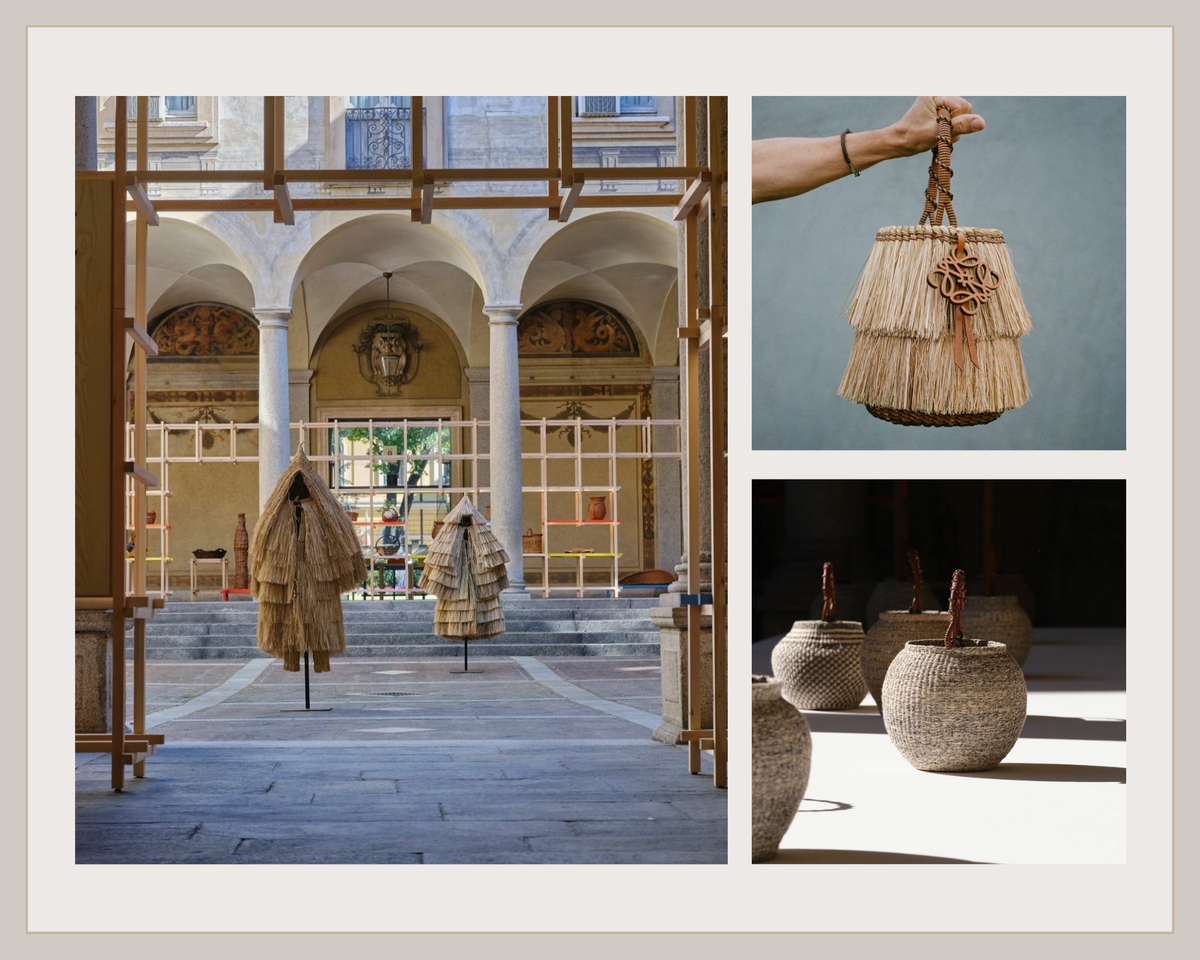 It commissioned Spanish artisans and weaving experts from Galicia to restore 240 wicker baskets from around the world, employing age-old techniques such as coroza [weaving natural fibres; it has a signature tiered fringe]. The ‘Repaired in Spain’ project presented these design objects with a contemporary flair, lending beauty to the forgotten. This collaboration between the luxury Italian furniture maker and the Dutch-born designer Linda Freya Tangelder was characterised by its earthy, modular pouf — reminiscent of the interlocking structure of stone walls — starkly contrasted by a metallic coffee table. Amalgamating art, design and fine craftsmanship, the forms and textures drew inspiration from the world of architecture.

Curated by Stefania Gaudiosi, this exhibition threw light on the works of Milanese artist, Antonio Barrese. 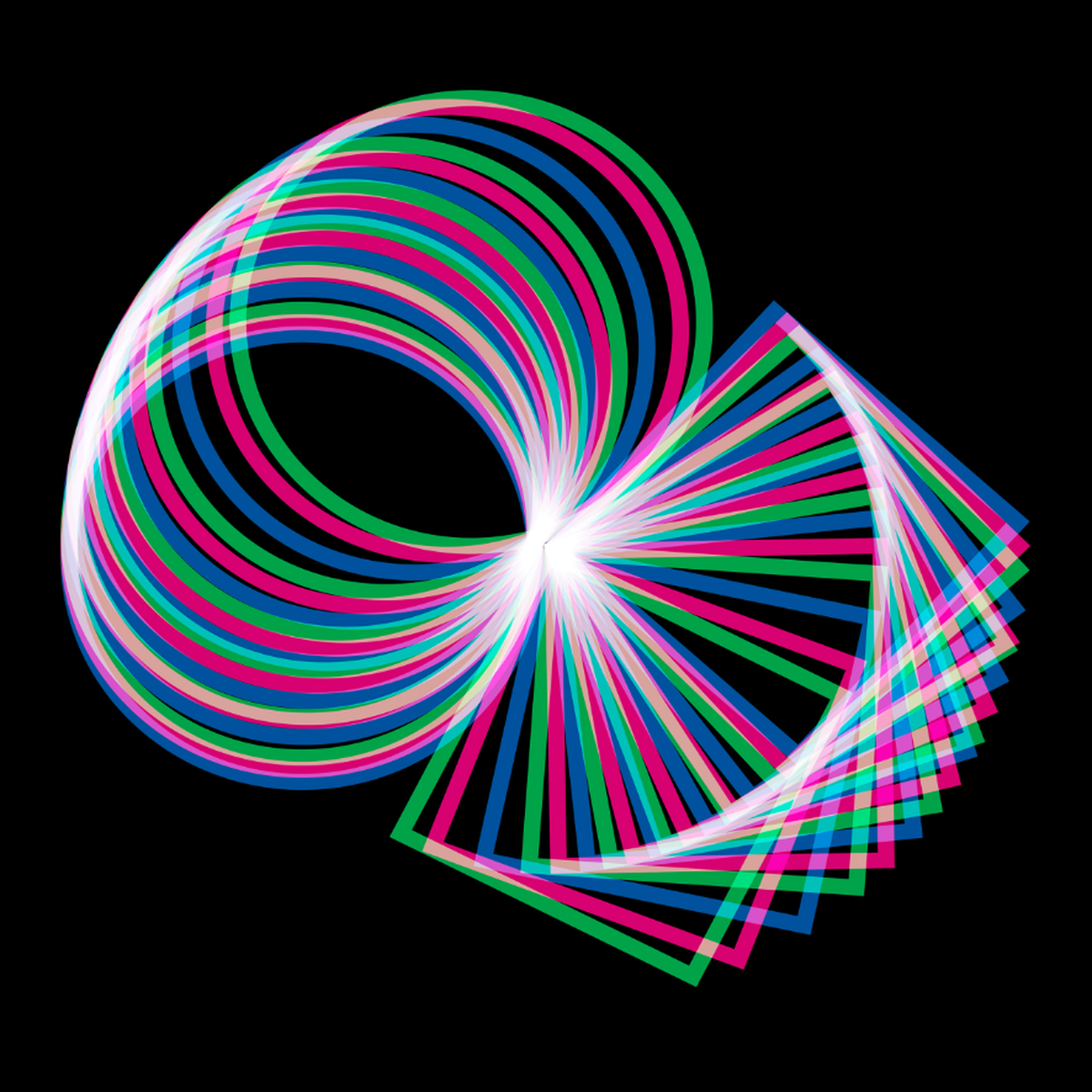 His works beautifully capture the intersection of art, technology and design. Morphology showcased a series of kinetic images created between 1965 and 1972 that explored audacious photographic experimentation and served as an immersive environmental installation. Curated by Orlandi, in collaboration with the Royal Danish Embassy, the exhibition celebrated Danish design in its truest sense — with bold shapes, colours and sustainability at its heart — and featured brands such as Louis Poulsen, Mernøe and Muuto.