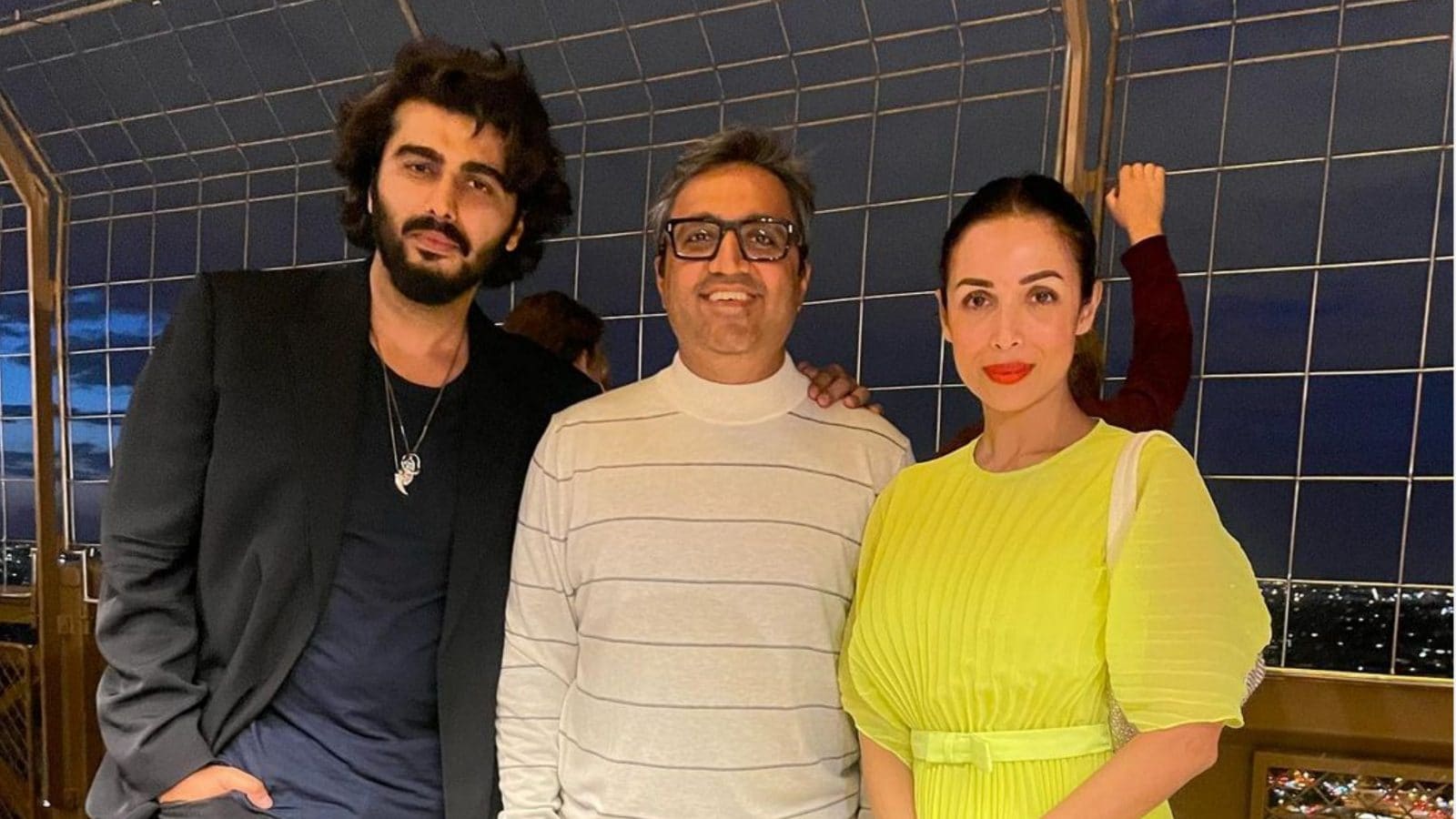 
Arjun Kapoor and Malaika Arora recently jetted off to the city of love Paris to celebrate the actor’s 37th birthday. The couple has been treating their fans with glimpses of their romantic holiday. While the lovebirds were vacationing in Paris, they got bumped into Shark India alum Ashneer Grover, who is also on a travel spree to Europe with his family. On Sunday, Ashneer shared several photos with the duo. He also wished Arjun Kapoor a happy birthday.

In the photograph, the trio can be seen smiling as they posed from the top of the Eiffel Tower with a gorgeous backdrop of the city. While Arjun looked dapper in his navy blue t-shirt underneath a black coat paired with denim, Malaika, on the other hand, donned a pretty yellow dress. Ashneer went for a casual grey sweater and denim.

Here take a look at the photo:

The former chief executive of BharatPe also added a photo with Arjun and penned a birthday note. He called the 2 States actor a dashing, charming and super funny man. In the photo, both of them flashed their smiles as they posed stylishly for the camera. He captioned the photo, “Arjun Kapoor is a true Kapoor – dashing, charming and super funny! Happy birthday, dude!”

Arjun Kapoor was quick to response to Ashneer in the comments section, as he took cues from the former’s much loved dialogue from the show. He commented, “Bhai kya kar raha hai tu ??? Photo post karli aur wish bhi kar diya yeh to doglapan nahi achi baat hai… thanks fr the wishes my man… 🙏.”

The reaction has left the fans in splits as they reacted to the comment with laughing emoticons.

To wish the love of her life, Malaika previously shared a series of photos with Arjun. The pictures showed them enjoying and devouring the actor’s birthday brunch in Paris.

On the professional front, Arjun Kapoor was last seen in Bhoot Police. He has Aasmaan Bhardwaj’s Kuttey and Ajay Bahl’s The Lady Killer with Bhumi Pednekar in the pipeline. Arjun also recently dropped his first look from Ek Villain 2 alongside Disha Patani, John Abraham, and Tara Sutaria. The film is slated to release on July 29.