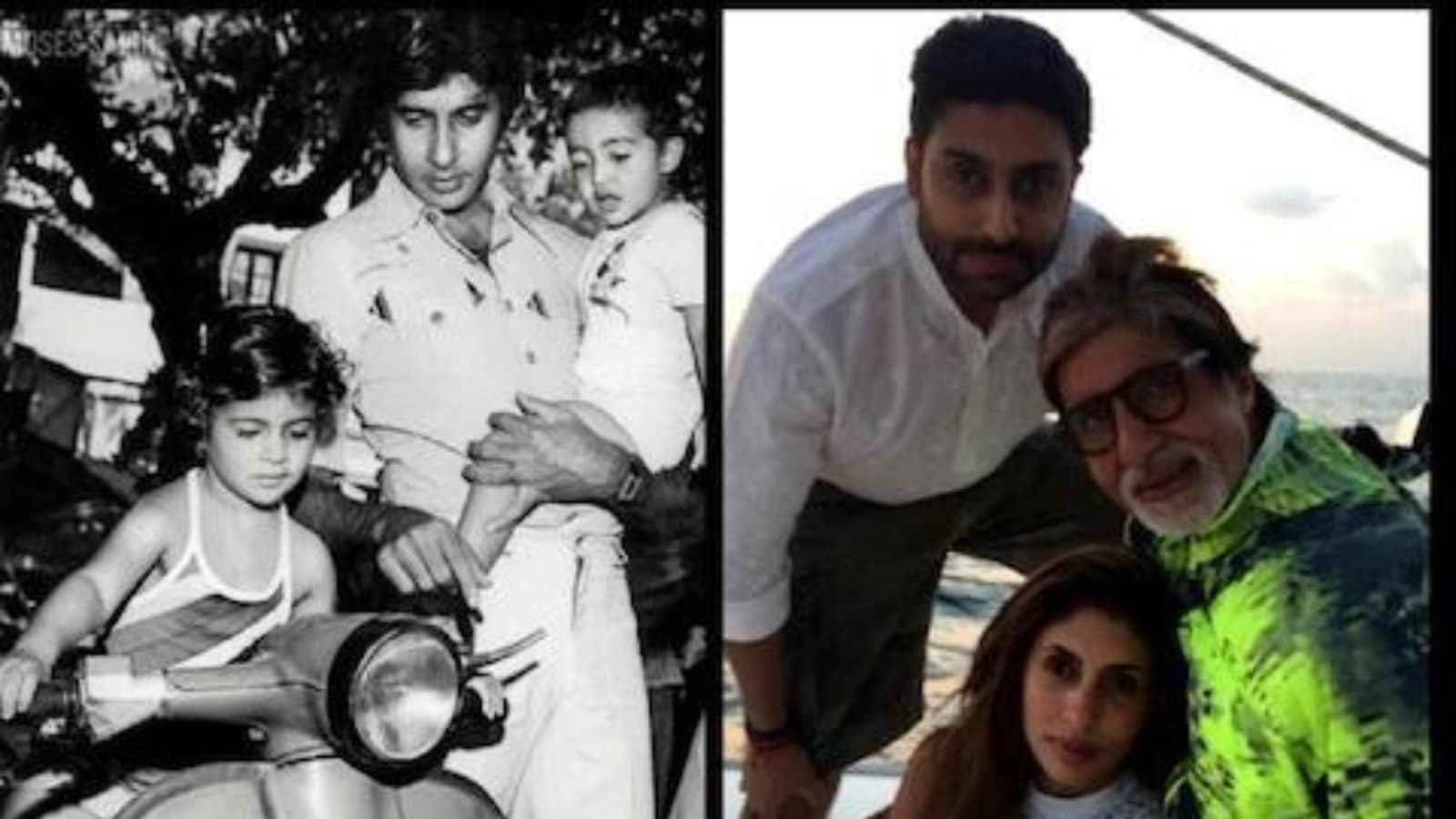 
Bollywood megastar Amitabh Bachchan recently posted a photo collage on his Instagram handle. In the first photo, young Amitabh Bachchan is seen with his children Shweta Bachchan and Abhishek Bachchan. The second photo features Big B, Abhishek and Shweta from the present time. The monochromatic photograph on the left shows Amitabh holding Abhishek in his lap and Shweta standing on a scooter. “One day it was like this, then it happened like this,” Amitabh wrote with the collage.

Shweta Bachchan replied to the post and wrote, “Love love love and more love Pa. Wish we could go back to being babies!!!”

Many left red heart emojis and some penned sweet notes. “Old memories with fresh memories,” one user said. “I don’t know how childhood goes by smiling and playing,” another user remarked.

There is an avalanche of people who like and remark on Amitabh Bachchan’s posts as soon as they are published. Fans applauded Amitabh and his family in the comment section.

Abhishek Bachchan and Shweta Bachchan Nanda are one of Bollywood’s most adored brother-sister duos. These two have been vocal about their feelings for one another, and their fans have seen their admiration for them over time.

On Koffee With Karan, when host Karan Johar questioned who of Abhishek Bachchan and Shweta Bachchan was closest to his parents’ hearts, Shweta had said Abhishek, while Abhishek had taken Shweta’s name. Jaya Bachchan’s eyes sparkle every time Abhishek enters the room, claimed Shweta. Similar to her reaction to Shah Rukh Khan in ‘Kabhi Khushi Kabhie Gham.’

Amitabh Bachchan frequently posts childhood photos of Abhishek and Shweta. Shweta is Abhishek’s elder sister. In 1997, she married businessman Nikhil Nanda. Navya Naveli Nanda is their daughter, and Agastya Nanda is their son. Agastya Nanda will be soon seen making his Bollywood debut with The Archies which is directed by Zoya Akhtar. Shah Rukh Khan’s daughter Suhana Khan and Boney Kapoor’s daughter Khushi Kapoor are also a part of this project.

On the work front, Amitabh Bachchan is currently anticipating the release of his film ‘Brahmastra’ in which he will be seen with Alia Bhatt and Ranbir Kapoor.