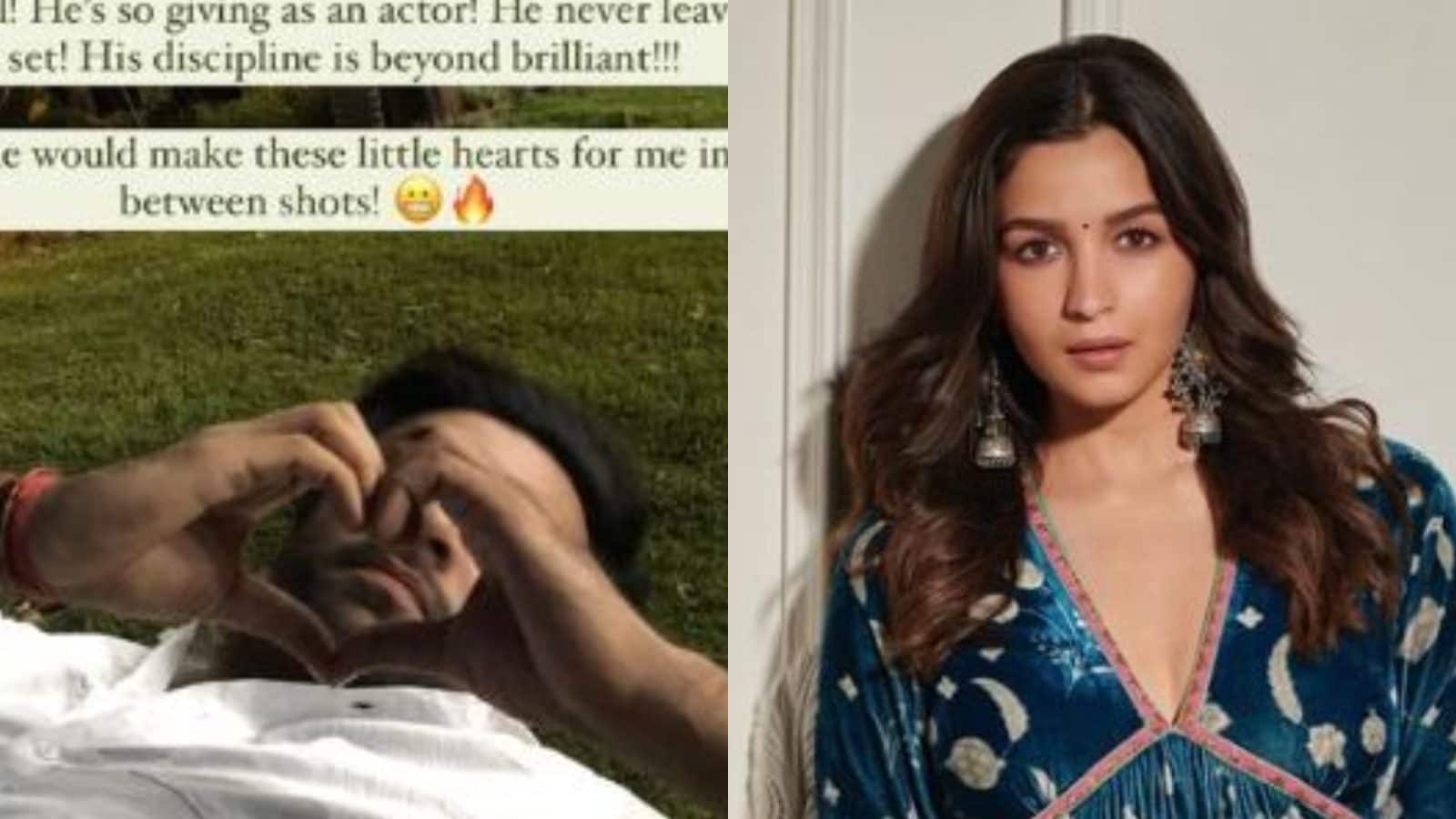 
Alia Bhatt and Ranbir Kapoor’s fans are waiting with bated breath to watch the couple share the screen for the first time in Brahmastra. The makers of the film released the promo of the film’s second song Deva Deva and it has piqued the interests of the fans even more. Amid this, Alia revealed her actor-hubby’s best trait as a co-star. The actress, who is also busy promoting her upcoming film Darlings, which will release tomorrow, recently held an interactive session on Instagram where she answered questions about both her films.

When one fan asked Ranbir’s best trait as a co-star, she shared an unseen photo of the actor and wrote, “Ranbir is the easiest person to work with! He’s so punctual! He’s so giving as an actor! He never leaves the set! His discipline is beyond brilliant!!! Also he would make these little hearts for me in between shots!”

The actress also shared a BTS still from Brahmastra featuring the director Ayan Mukerji, which dates back to 2018. 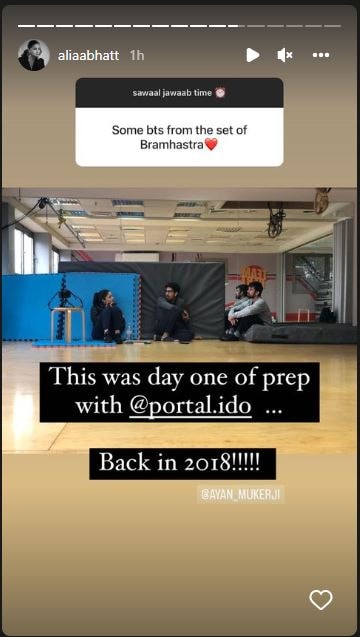 Talking of Brahmastra, the film will be releasing on September 9 this year. On Thursday, the makers dropped the teaser of the song titled Deva Deva song and announced that it will be released on August 8. Dropping the teaser on her Instagram account, Alia Bhatt wrote, “The light is coming Deva Deva song out on 8th August!!” In the teaser of the song, Ranbir Kapoor can be seen playing with fire as he also describes the power of light. “Light is what protects us and is bigger from the darkness. It is a special power which brings meaning to our lives,” he says.

The film will also star Amitabh Bachchan, Nagarjuna and Mouni Roy among others and will reportedly have cameos of Shah Rukh Khan and Deepika Padukone.

Meanwhile, Alia Bhatt is all set for the release of Darlings, which will release on Netflix tomorrow, August 5. With this film, the actress marks her debut as a producer. Also starring Shefali Shah, Vijay Verma, and Roshan Matthew, the film is co-produced by Alia Bhatt and Shah Rukh Khan-Gauri Khan’s Red Chillies Entertainment.