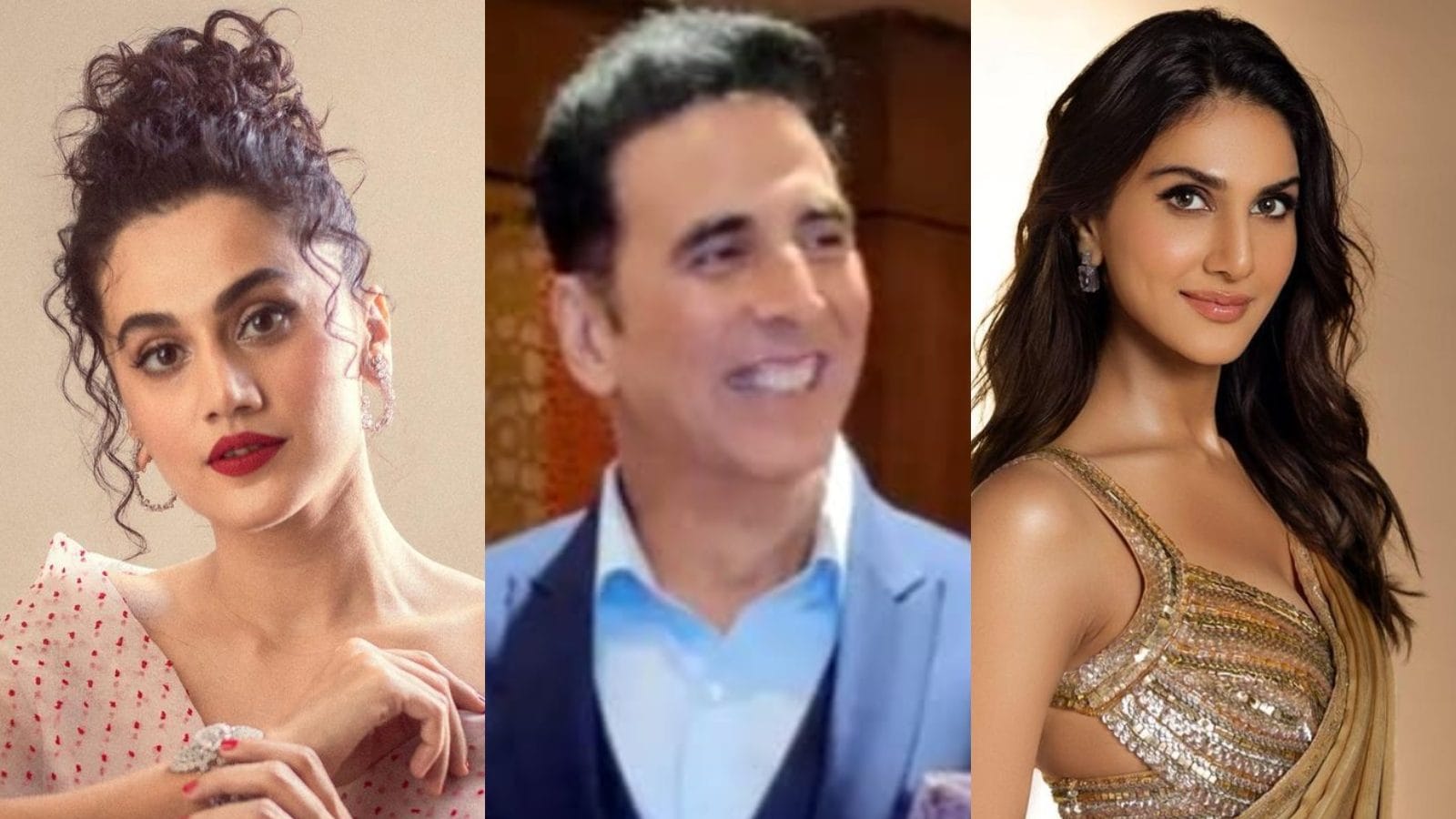 
The Khiladi of Bollywood Akshay Kumar recently made the headlines for his role in Hera Pheri 3. While several reports suggest the actor has opted out of the comedy-drama, the Namaste London actor seems to have moved on to other projects. According to a report by Hindustan Times, the Mission Mangal star has filled the spot with another hilarious entertainer. Akshay has reportedly signed on the dotted line for Mudassar Aziz’s next titled Khel Khel Mein.

Reportedly, the film will see Akshay reuniting with two of his leading ladies, Vaani Kapoor and Taapsee Pannu. This entertainer will also feature Punjabi singer and actor Ammy Virk in a pivotal role. ‘Khel Khel Mein’ promises to be a hilarious ride and will reportedly go on floors in 2023. Akshay Kumar and team are yet to make an official announcement of the same.

HT quoted a source saying, “The film will see Akshay reuniting with his Bell Bottom (2021) co-star Vaani Kapoor, and also his Naam Shabana (2017) and Mission Mangal (2019) co-star Taapsee Pannu. In addition to this, the film will also star popular Punjabi singer and actor Ammy Virk in a prominent role. Some more actors would be coming on board, but details are yet to be finalised.”

Khel Khel Mein will finally see Akshay Kumar’s return to his comedy roots and his fans couldn’t have asked for more. The film is expected to go on floors next year.

Meanwjile, Akshay is also gearing up for his Marathi debut. He will be seen essaying the role of Chhatrapati Shivaji Maharaj in Mahesh Manjrekar’s next ‘Vedat Marathe Veer Daudle Saat’.

Speaking about essaying an iconic historical character, Akshay had said, “It’s a dream come true role for me. I think to portray Chhatrapati Shivaji Maharaj on the big screen is a very huge responsibility. I was taken aback when Raj sir asked me to portray this role. I feel so good to be playing this part and it’s going to be a dream come true role for me. Also, I will be working for the first time with Director Mahesh Manjrekar, and it is going to be an experience.”