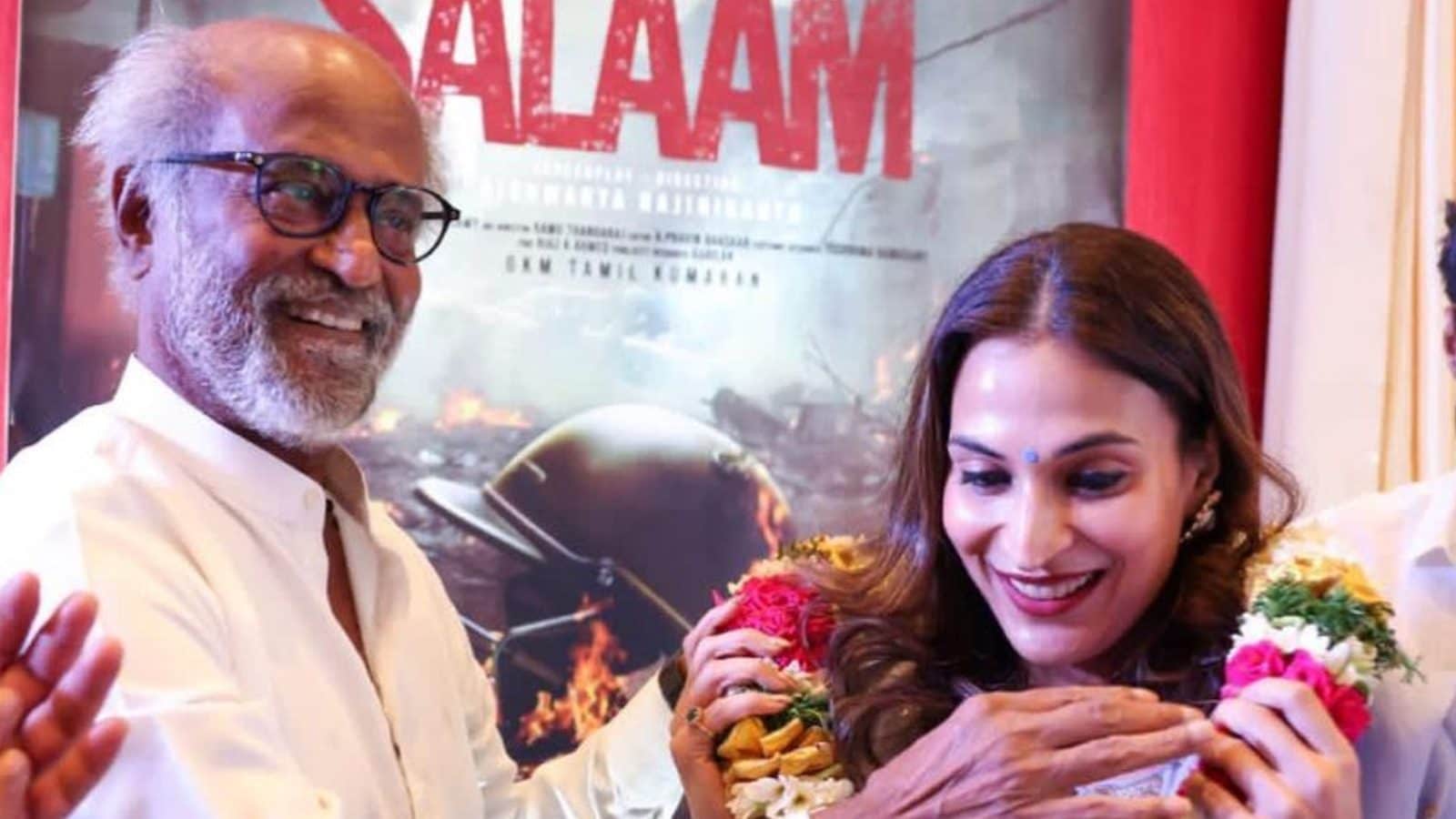 
Aishwaryaa Rajinikanth confirmed that her father, superstar Rajinikanth will be seen in her upcoming film Lal Salaam. The filmmaker also shared the first poster of the Tamil film. Taking to her Instagram, Aishwaryaa revealed that a special puja was hosted, which was also attended by Rajinikanth, and she got emotional.

The first Lal Salaam poster featured a cricket bat, a ball, and a burning helmet on the ground while the city behind burnt down to ashes. The poster was released in Tamil and English. She followed the posters with pictures from the ceremony.

In the first picture, Aishwaryaa was seen offering her prayers during the special ceremony. In the second, Rajinikanth was seen placing a garland on an emotional Aishwaryaa. In the third, the team of film was seen posing together.

Sharing the post, Aishwaryaa wrote, “When your FATHER trusts in you.. When you believe GOD is by you.. MIRACLES happen in true. After 7 long years..the journey begins again with grateful and joyful tears #lalsalaam #daytoberemembered.”

Fans and friends from the industry showered the filmmaker with congratulatory messages and wished her luck for the project. Esha Deol wrote, “Best wishes 👍🏼👍🏼 @aishwaryarajini u go girl!” A fan added, “Super mam all the best.” Another fan said, “Very nice madam. It will be sure blockbuster madam.” A third fan said, “Congratulations and all the best akka.”

Directed by Aishwaryaa R, the film stars Vishnu Vishal in the lead. The film’s background score will be composed by AR Rahman, and it is expected to hit the screens next year.

It is reported that Atharva was approached for one of the leads in Laal Salaam at first, but the makers ultimately signed Vishnu Vishal. The legendary actor is presently shooting for his upcoming film Jailer. Aishwarya, on the other hand, is also geared up to make her Bollywood directorial debut with Oh Saathi Chal.