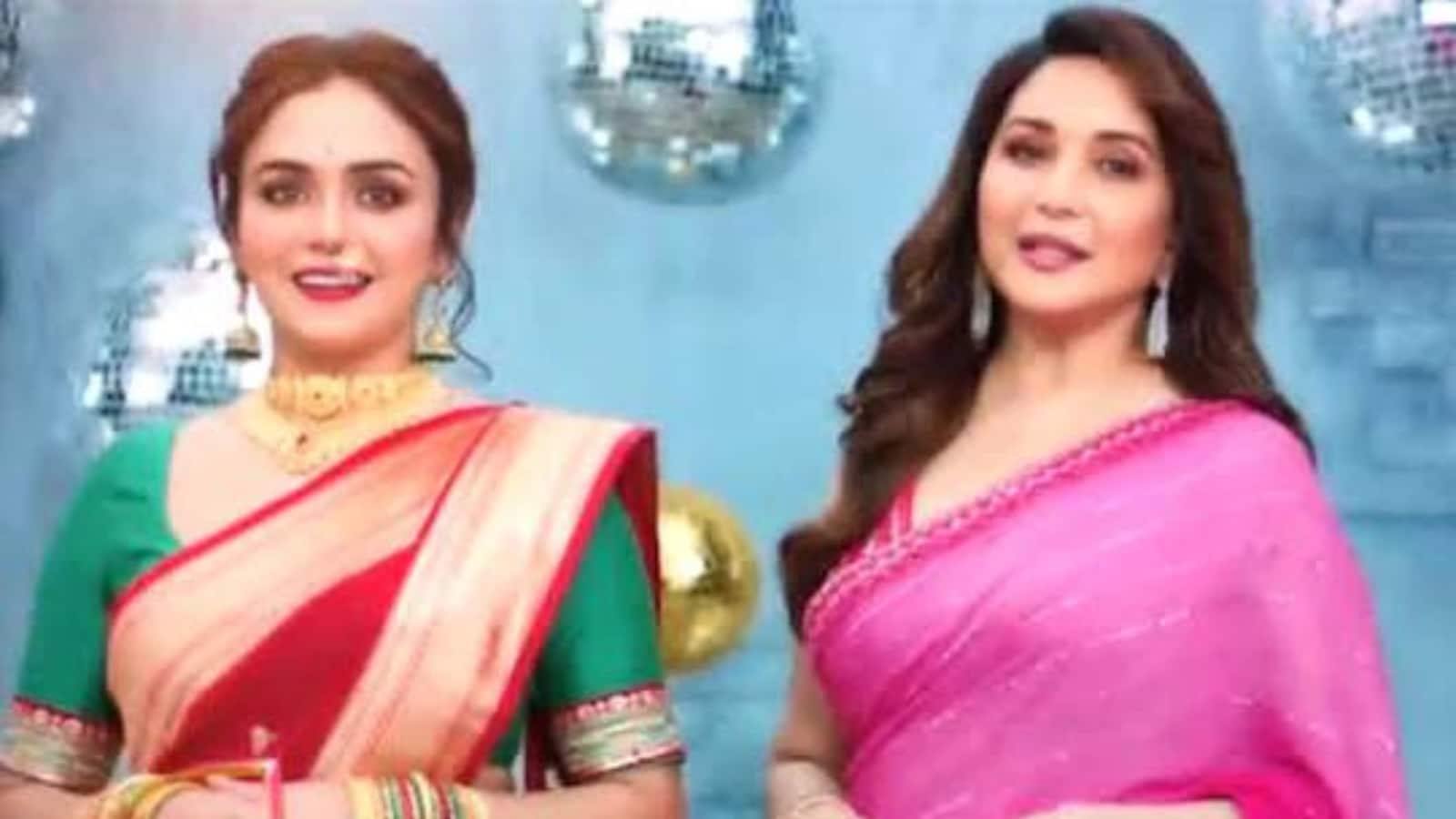 
One of the most loved dance reality series on television is Jhalak Dikhhla Jaa. After a five-year absence from the small screen, the franchise, which had tremendous success in its most recent season, will make a triumphant return to television for Season 10. According to the program’s concept, celebrities from various fields will perform their best dance routines alongside choreographer partners.

Marathi actress Amruta Khanvikar of Chandramukhi fame was named as one of the contestants in the upcoming season of the show last week. The makers have now treated their fans by announcing the release date of the show in a promo, and it features Amruta Khanvillar.

Recently, Madhuri Dixit, who is a judge on the show and contestant Amruta Khanvilkar appeared in a new promo from Colors. The pair can be seen dancing in this video. Amruta looks stunning in a Navari saree, while Madhuri is divine in a pink saree.

Later, Amruta posted a video of some behind-the-scenes shoot of the show along with a Bollywood diva, having her fangirl moment. She posted a lengthy caption calling the moment surreal.

“This day, these moments were so surreal for me. To be around someone I have always looked up to and to dance with the goddess of grace … it just seemed that my life has come back to a circle …. From that little girl in Pune who used to dance in Ganesh Utsav on Madhuri Dixit songs to performing with the legend herself …. My journey in dance couldn’t get better than this,” she said.

Amruta, earlier this year, stole hearts with her performance in the Marathi film Chandramukhi, directed by Prasad Oak and it was made and promoted on a scale unheard of in Marathi Cinema. Madhuri Dixit was one of the Bollywood celebrities who actively promoted the film.

Jhalak Dikhaja will start airing on September 3 on Colors TV.