More
HomeTech5G on iPhones Enabled in India With Airtel and Jio: How to...
Tech

5G on iPhones Enabled in India With Airtel and Jio: How to Activate It 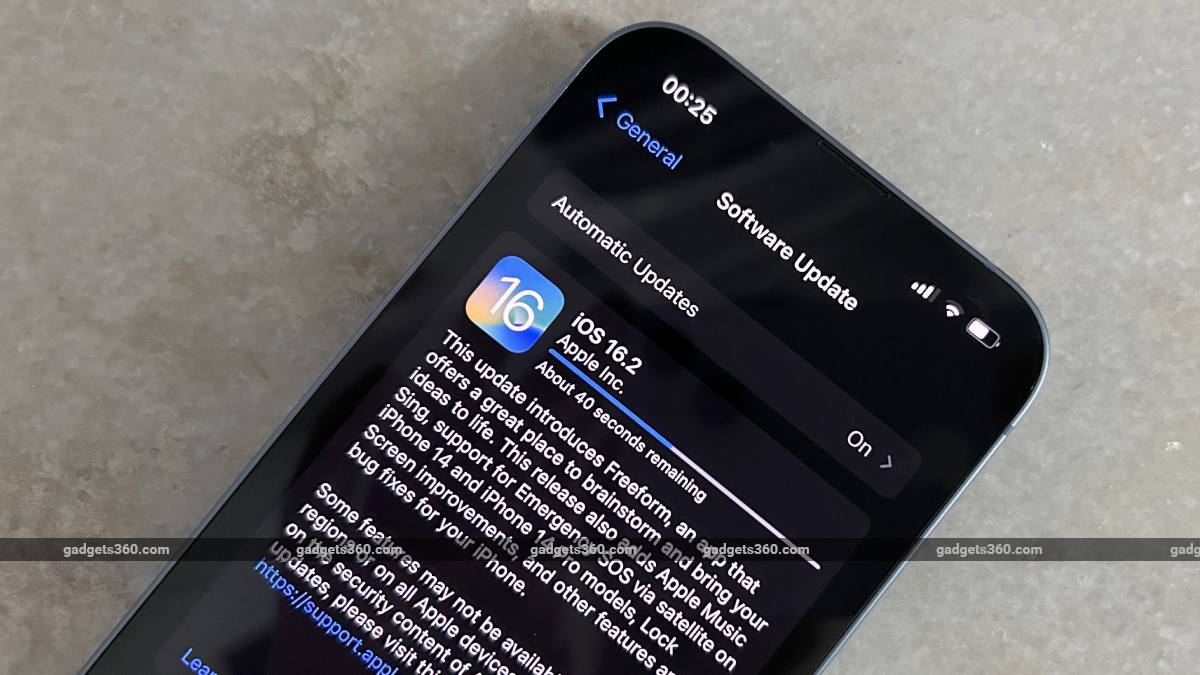 
Apple has just announced the arrival of official 5G support on iPhones in India, starting at 11:30pm on December 13, for subscribers who have Jio and Airtel connections. With the release of iOS 16.2, users in India will be able to take advantage of 5G network speed in areas where coverage is available. 5G support will be activated on all compatible iPhone models released in 2020 or later. These include the iPhone 12, iPhone 13, and iPhone 14 families as well as the latest iPhone SE model. Users who currently have a 4G SIM and data plan will not need to change anything, as Airtel and Jio SIMs are compatible.

Which iPhones are 5G compatible?

Here is a complete list of 5G-enabled iPhone models:

How can I activate 5G on my iPhone in India?

On your iPhone, open the Settings app and tap General, then Software Update. You will see the option to download iOS 16.2. Accept the terms and conditions, and download the update. Note: It is always advisable to back up all your data before installing a software update.

Once the update has been installed and your iPhone has restarted, you might see a new 5G status icon in the notification area (if Wi-Fi is not currently active). If not, you can open the settings app and tap to Cellular > Cellular Data Options. If you are using two active SIMs, you can choose which one you want to use 5G through.

You can leave the default Auto mode enabled if you want your iPhone to dynamically adjust your connection speed to help save battery power. In this mode, your device will switch to 4G LTE when you aren’t doing anything that requires high-speed data, as the older standard requires less power. Switching to 5G On in the Cellular Data Options settings will force your device to always use 5G when coverage is available. Alternatively, switching to LTE will ignore 5G, and could be useful to prolong battery life.

Other than enabling 5G support on iPhones, iOS 16.2 and iPadOS 16.2 which released at the same time, introduce a few new features and include bug fixes and security updates. There’s a new app called Freeform, which allows users to scribble ideas and diagrams, and collaborate with others. This app was demonstrated prior to the release of iOS 16 earlier this year, but is only now being rolled out. It will be available on Macs as well as iPads and iPhones, and users can sketch using Apple Pencil on compatible iPads.

Apple Music Sing is a new karaoke mode that allows users to sing along to their favourite songs, either solo or duetting with the original singer, as lyrics are displayed on screen. The Emergency SOS Via Satellite feature, which is exclusive to the iPhone 14 family as of now, will also roll out in supported regions. Apple notes improvements to the lock screen UI, most notably the option to change how notifications are displayed and disable your homescreen wallpaper on the iPhone 14 Pro series’ always-on display.

iPhone users will no longer be able to allow their devices to receive files via AirDrop from strangers all the time. A 10-minute window was introduced in China a few weeks ago, and is now being applied around the world. Apple says this will prevent spam, although critics have noted that it could also prevent information being shared ad-hoc, such as during protest movements.

Other miscellaneous changes include multiplayer support over FaceTime for Game Centre games, and a game Activity widget that lets users see what friends are playing; new Sleep and Medications widgets; the ability to find photos in Messages by describing their content in words; improved iCloud Private Relay controls; improved crash detection on the iPhone 14 series; and an iCloud data syncing bug fix.