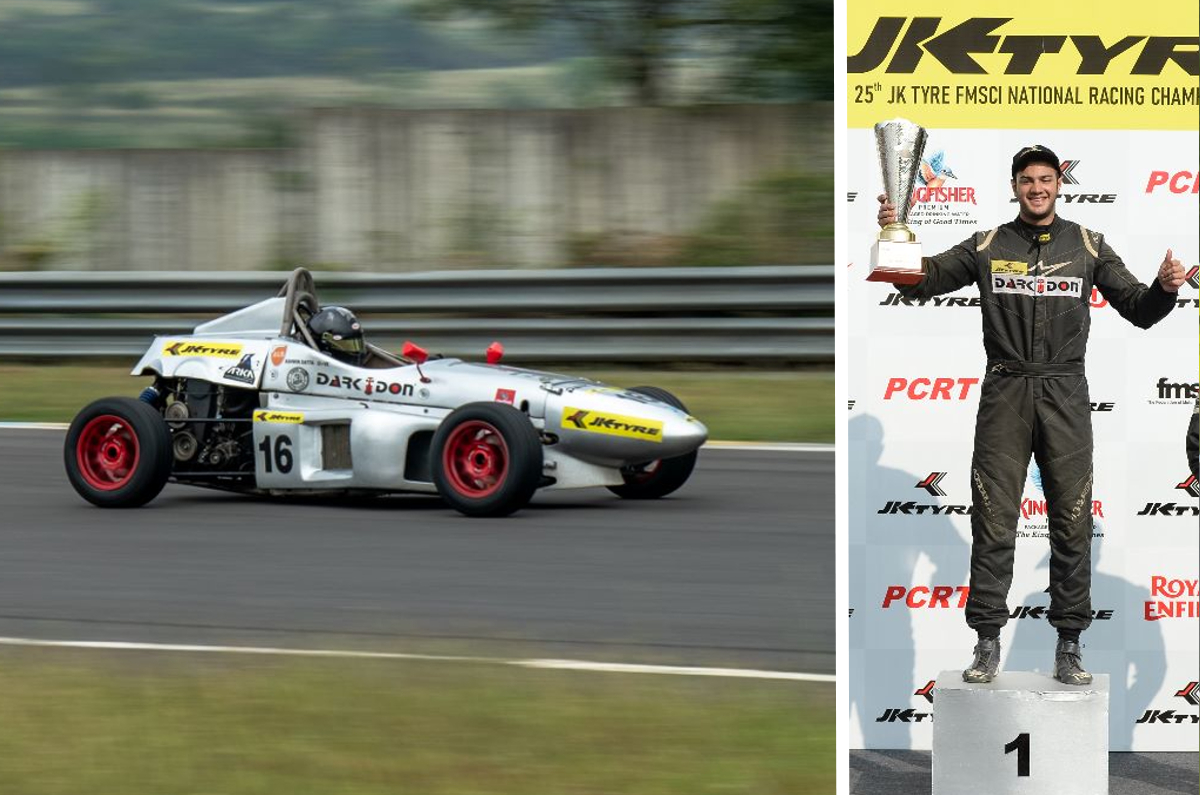 Dark Don Racing’s Ashwin Datta put on a dominant display in the finale. However, there was just one point separating the top two championship contenders heading into the final race. Datta, Saran Vikram Tmars and Arya Singh were all battling it out on track, but Datta had the upper hand and secured victory once again to wrap up the title.

“This is probably the closest championship JK (Tyre) has ever seen in 25 years,” said Datta. “Going into the final race, only one point had separated the top two. I was leading comfortably and then the safety car came in. It slashed my lead and Arya (Singh) overtook. I did not give up, put my head down and gave my best. I would never forget this moment and this day in my entire life. I’m grateful to my whole team at Dark Don Racing for their consistent support throughout.”

It all boiled down to the final race in the Novice Cup as well. DTS Racing’s Kyle Kumaran had already won two races on Saturday. Keeping the overall championship in mind, his focus for the final race was simply making it to the finish line, rather than taking any risks. He ended up finishing second, behind race winner MSport’s Dhruvh Goswami, but it was still enough for Kumaran to take home the title, despite having to skip one round this season.

Vinith Kumar, who won Race 3 on Saturday, finished second overall in the championship, handing DTS Racing a one-two result in the standings.

“It was overall a great season with DTS Racing, with Vinith finishing second as well,” said Kumaran. “It’s very difficult to win the championship having missed one round. In the end, it turned out to be a pretty great season and a great weekend for me.”

For its second season, the Royal Enfield Continental GT Cup switched to a Pro-Am format, with the grid featuring 10 professional and 15 amateur riders. Allwin Xavier won the first race on Saturday and followed it up with a podium finish on Sunday (third place) to win the Pro title.

Soorya PM remained undefeated in the Amateur category all season, winning all eight races en route to securing the title.