More
HomeBusinessYour cheat sheet to know if Indian IT will be impacted by...
Business 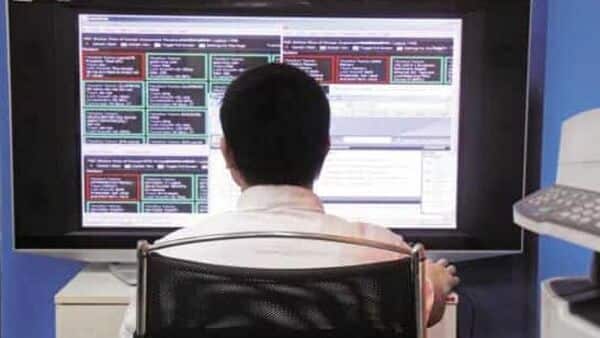 
Twich+ wrestles with this question after a sell-off by investors who have become antsy on fears of a slowdown. Two downgrades, first by analysts at JP Morgan Chase and Co. and later by Nomura have further stoked anxiety.

The BSE IT Index is down 26% compared to a 10% fall in the BSE Sensex between 1 January and 21 June. But stocks of some technology services firms have been thrashed: Zensar Ltd, Wipro Ltd and Coforge Ltd (formerly NIIT Technologies) are down 49%, 40% and 39%, respectively. Against this drubbing, a 14% slip in Tata Consultancy Services Ltd and a 23% decline in Infosys Ltd look respectable.

To be sure, none of the IT firms have flagged any challenges. The brokerages that have penciled in a weak growth are expecting demand to soften only in the next financial year i.e. in fiscal 2023-24.

It is not the IT services companies alone that remain buoyant.

“So far, we’re just not seeing any material impact on the broader economic world that all of you are in,” Benioff told analysts on 31 May, after Salesforce declared its first-quarter earnings. “Our demand environment, the demand is very strong”

Over the last few months, the world economy has been sideswiped by multiple shocks. The COVID 19 pandemic has ravaged supply chains. Central banks have raised interest rates to tame inflation. Russia’s more than four-month-long war with Ukraine continues to cause consternation. Finally, fears of China’s GDP contracting in the current year because of renewed lockdowns have only upped the uncertainty.

A majority of analysts argue that rising inflation and borrowing rates would lead to people to spend less. A belt-tightening would, in turn, translate into less revenue for businesses, from car makers to retail giants. As the likes of Wal-Mart or Daimler struggle to grow, companies will re-look at their expenses, including their annual technology spending. Finally, IT services firms that oversee the technology inside Fortune 500 companies will get hit.

For this reason, next year’s growth at Accenture Plc, which declares its third-quarter earnings on 23 June, has been cut by one analyst by 210 basis points.

“While we may be early (as most of our checks suggest enterprise spend is resilient), we think as the macro continues to weaken, enterprise decision-making could slow, and spending may be pressured over the next 6-18 months, thereby impacting Accenture’s FY23 revenue growth. In our view, consensus estimates of +10.1% revenue growth in FY23 are likely to move lower, and closer to our +8.0% revenue growth,” Arvind Ramnani, Jamesmichael Sherman-Lewis and Braeden Kuether, analysts at Piper Sandler & Co wrote in a note dated 20 June.

It is important to mention that Accenture expects its full-year revenue to grow by over 20% in the year ended August (Accenture follows a September-August financial year). But a lower growth for Accenture next year should serve as a warning for homegrown IT firms.

A contrarian view (proposed by a few) is that the current impact because of a slowdown is exaggerated.

“Fears of a sharp pullback in revenue growth for Indian IT services companies due to a potential recession/economic slowdown in end-markets are over-amplified, in our view,” said Pankaj Kapoor, an analyst at CLSA, the brokerage, in a note dated 7 June. “While revenue growth could moderate, it is likely to be relatively modest and with a lag”

Nonetheless, the consensus view is that any impact will be felt only in the next financial year.

Twich+’s cheat sheet to know if IT services firms will face the heat rests on two leading indicators.

First, follow the growth of the three “hyperscalers” from Silicon Valley.

Microsoft Azure, Amazon Web Services, and Google Cloud, together, added $61.49 billion in incremental revenue, between January 2019 and December 2021. This aided IT firms to post their fastest growth last year in more than a decade.

Conversely, a slackening witnessed by AWS or Azure or Google Cloud will mean less business for homegrown IT giants.

A second point is the management commentary on the pace of hiring. The country’s ten biggest IT services companies, together, added about 3.5 lakh people, the highest ever, to their workforce last year.

Beyond this, your writer is of the view that in the event of a recession, smaller companies such as LTI Infotech Ltd and Happiest Minds Ltd are more vulnerable than the big boys like TCS or HCL Technologies Ltd. Large companies still have much of the business from multi-year deals (also called large annuity-based contracts). Smaller companies don’t have this luxury and much of their work is approved by a client every 12-24 months. For this reason, in difficult times, smaller companies’ ability to get more business will only get more tedious.

Finally, one can only empathize with the CEOs of technology services companies. A downturn because of the COVID 19 in 2020 followed by a roaring recovery in 2021 and to now find oneself at crossroads is something that no parallel in history. Agreed, companies tend to outsource more during an economic slowdown, which impacts revenue growth but improves profitability.

But that is not a scenario that anyone will want.