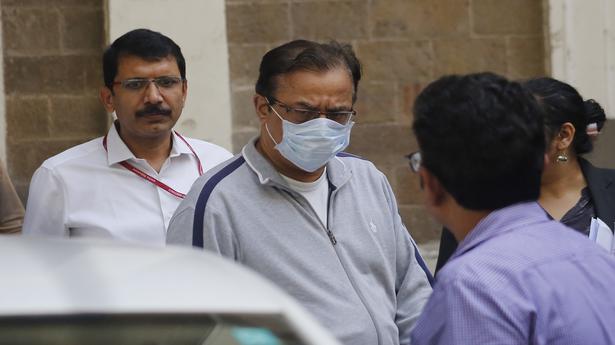 The ED said this in its second supplementary charge sheet filed in special court in Mumbai against Rana Kapoor, his family, Wadhawans and others in a money laundering case

The ED said this in its second supplementary charge sheet filed in special court in Mumbai against Rana Kapoor, his family, Wadhawans and others in a money laundering case

The ED said this in its second supplementary (third overall) charge sheet filed in special court in Mumbai recently against Rana Kapoor, his family, Wadhawans and others in a money laundering case.

During the investigation, it came to light that a big part of the proceeds of crime (POC) generated in this case has been siphoned off overseas by Rana Kapoor and hence they are not available for attachment directly under the provisions of Prevention of Money Laundering Act (PMLA), it said.

“Rana Kapoor, DHFL promoters Kapil Wadhawan, Dheeraj Wadhawan and others were involved in criminal conspiracy with each other in illegal diversion and siphoning off of funds through suspicious transaction of ₹5,050 crore,” the central probe agency claimed in its fresh prosecution complaint (charge sheet) filed recently.

The ED said investigation has revealed that Yes Bank had bought debentures worth ₹3,700 crore between April 2018 and June 2018 from DHFL. Therefore, the amount was transferred to DHFL. Subsequently, DHFL gave a loan of ₹600 crore to DOIT Urban Ventures Pvt Ltd (an entity, beneficially owned by Rana Kapoor and his family).

The probe also revealed that Yes Bank had used public money for the purchase of the above-said short-term debentures of DHFL, which has not yet been redeemed by DHFL.

On the other hand, DHFL obliged Rana Kapoor by giving the so called loan of ₹600 crore to his beneficially-owned company, namely DUVPL, without adequate collateral, the agency said.

It claimed that the loans given to the firm owned by Kapoor’s family were to camouflage the entire act.

The investigation has revealed that a loan of ₹600 crore was given against substandard properties having a meager value of ₹39.68 crore and by considering further conversion from agriculture land to residential land and an inflated value of ₹735 crore was shown, it added.

It has also come to light that just before the sanction of these loans, Yes Bank had invested in DHFL. This indicates a criminal conspiracy between Rana Kapoor and Kapil and Dheeraj Wadhawan to get loan by pledging highly overvalued assets, the charge-sheet said, adding there was no active or operating business in DUVPL at the time of proposal of loan.

Besides, Yes Bank had also sanctioned a loan of ₹750 crore to one M/s Belief Realtors Private Limited (beneficially owned by Wadhawans) for development of its Bandra Reclamation Project in Mumbai. Investigation has revealed that the entire amount was siphoned off by the Wadhawans without spending a single penny for the declared purpose, the ED added.

The entire amount of loan disbursed to M/s Belief Realtors was siphoned off by the Wadhawans by way of layering through their shell companies and it was never used for the declared purpose, the charge sheet said.

“There is no doubt about the fact that Rana Kapoor has misused his official position to gain undue financial benefit for him and his family members,” it said.

The ED had started its investigation after recording of ECIR on March 3, 2020 and after the probe began, Rana Kapoor aggressively tried to dispose of his overseas properties to save them from being attached by the ED under PMLA, the charge sheet said.

The POC involved in this case is ₹5,050 crore. While Rana Kapoor is the founder of the said company namely DUVPL, his three daughters are 100 per cent shareholders therein.

Rana Kapoor is currently in judicial custody following his arrest in the case in March 2020. Wadhwans too are in jail custody after their arrest in another case.