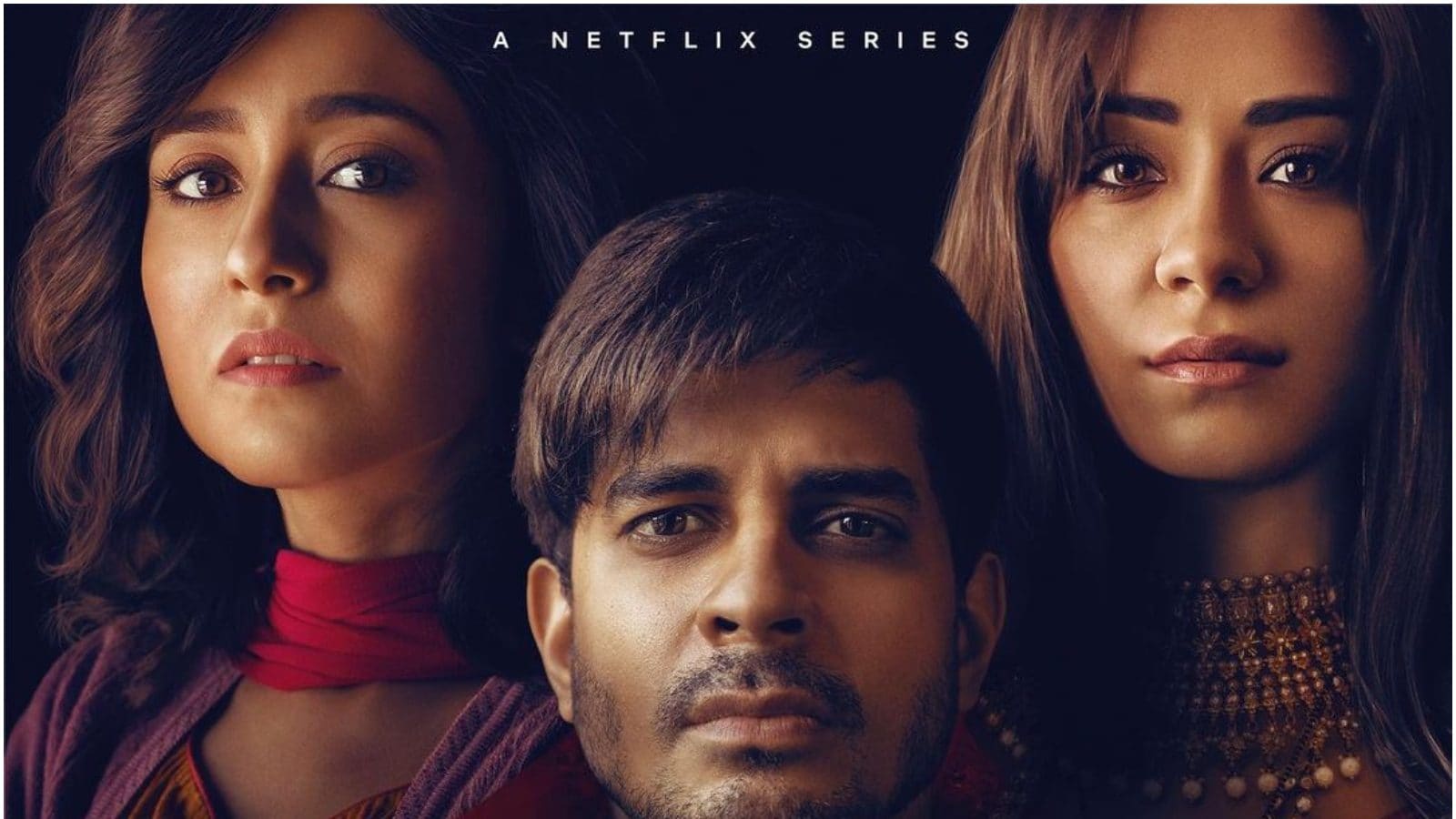 There have been films about possessive love. One of the best I have seen was the 1987 Fatal Attraction with Glen Close and Michael Douglas in which the the woman even goes to the extent of pressure cooking the pet rabbit of the man’s family. And, the 1993 Shahrukh Khan-starrer, Darr, came close to the obsessive love of a man who is bent on getting an unwilling girl. The latest Netflix title, Yeh Kaali Kaali Ankhein, created and helmed by Sidharth Sengupta, falls into this genre as well, though the woman here is far more courteous and understanding than the characters played by Close or Khan.

As a little schoolgirl, Purva (her older version is essayed by Anchal Singh) develops a liking for her classmate, Vikrant Singh Chauhan (Tahir Raj Bhasin portrays him later in life). She asks him, “Would you be my friend.” He says no. For some vague reason which is not explained well, the boy develops a dislike for her.

Daughter of a rogue politician, Akheraj Awasthi (Saurabh Shukla, not as compelling as he was in Jolly LLB), who murders his detractors (and this includes a senior police officer) and cuts them into small pieces, Purva often follows in his footsteps, only that she uses more sophisticated methods to corner her prey. One of them is Vikrant, and her attraction for him borders on fatal obsessiveness.

When Vikrant is pushed by his father (Brijendra Kala) into Awasthi’s services, the picture begins to turn bleak for the young man with an engineering degree and dream in his eyes. But being a weakling, he obeys his father’s (who worships the politician) diktat, even agreeing to marry Purva.

Vikrant’s college sweetheart, Shikha (Shweta Tripathi Sharma), is devastated, but threatened by Purva’s “brother” Dharmesh (Surya Sharma), she finds herself in a corner, pining for Vikrant and watching him sink into a dark, dark pit.

At eight episodes, Yeh Kaali Kaali Ankhein is full of loopholes, and the writer (also Sengupta) appears to have paid scant attention to details with the result that not only does the series get shoddy, but beyond the first few parts becomes a drag. Strangely, while Sharma is quite good initially, she loses her sparkle later, and is seen with just about a single expression! Bhasin is a disaster, unable to bring any credibility to his character, which certainly held the promise of being complex and many layered.

And with Season One closing on a cliffhanger, a second is likely to follow. But do we really need it?