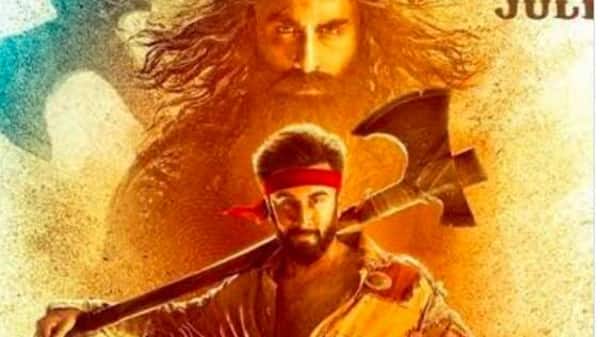 Yash Raj Films, which has seen three flops — Samrat Prithviraj, Jayeshbhai Jordaar and Bunty Aur Babli 2 — in the past eight months, is banking on period drama Shamshera that releases this weekend to revive its fortunes. The film that costs over ₹100 crore, is also crucial for bolstering Bollywood’s earnings after a dismal first half of the year, and is dependent on lead actor Ranbir Kapoor’s appeal especially in north India.

Kapoor, trade experts said, is among the few stars retaining a fan base in small towns but faces a challenge since he hasn’t had a release in four years. On the downside, the film is being compared to the larger-than-life period dramas created by the likes of SS Rajamouli, including the Baahubali franchise and RRR. Some film trade analysts expect the YRF film to open big with Rs. 12-15 crore revenue on day one, the highest as far as original Hindi films go this year.

“The film is tracking quite well and should take a good start, as far as post-covid benchmarks go, though higher figures would ultimately justify the cost of production,” film producer, trade and exhibition expert Girish Johar said. Shamshera would need great word-of-mouth to bring people to cinemas and a Rs. 60-70 crore opening weekend should do the trick, said Johar, given that recently Marvel’s Thor: Love and Thunder had made close to Rs. 65 crore over the first three days despite mediocre reviews.

The budget of the YRF film is inflated because of pandemic-induced delays adding to interest cost, Johar said, besides the 1800s, pre-Independence setting itself.

The film is crucial to the YRF brand that’s seen three massive flops in Akshay Kumar’s Samrat Prithviraj made for over Rs. 150 crore, Ranveer Singh-starrer Jayesbhai Jordaar made for Rs. 90 crore and comedy-drama Bunty Aur Babli 2 made for Rs. 45 crore, that went on to earn Rs. 68.05 crore, Rs. 15.59 crore and Rs. 12.50 crore respectively at the box office. However, significant portions of the investments in these films were recovered through satellite and digital deals. “It’s a do or die situation for both the studio and the actor,” said independent trade analyst Sreedhar Pillai adding that for all the investment in scale and spectacle, Shamshera is already generating comparisons with larger-than-life period dramas Baahubali and RRR.

Unfortunately, Kapoor has not been able to penetrate the southern market the way stars like Prabhas, Allu Arjun or Yash embraced the Hindi-speaking belt. The studio also hasn’t gone all out to market the film in the southern belt like, say, the RRR team.

Pillai pointed out that comparisons with Brahmastra, that also stars Kapoor in the lead, is slated for release in a little over a month and is also a large-scale action film, are denting the buzz around Shamshera. “Ideally, the makers should have had a longer gap between two Ranbir Kapoor films,” Pillai said.

YRF did not respond to Mint’s queries on box office expectations for Shamshera or the stakes and challenges involved in recouping the investments after a series of flops.

Karan Taurani, senior vice-president at Elara Capital Ltd who estimates Shamshera to report opening day revenue of Rs. 8-10 crore basis advances and lifetime earnings of Rs. 70-75 crore said these collection estimates are below par given the nature and scale of the film. The period drama will be the second consecutive large-scale format film post Samrat Prithviraj to report below-par collection numbers.

While the public is aware of the film and the known YRF brand is helping, a lot will depend on word-of-mouth post release, said Pranav Garg, managing director of Maya Palace, a two-screen cinema in Muzaffarnagar. “Audiences have turned very smart now and everyone keeps track of reviews. Earlier, cinema may have been the primary means of entertainment but now web shows have taken over people’s time and attention. Plus, the paying capacity is low so many are being selective,” Garg said calling it a hugely challenging time for single-screen cinemas in the Hindi-speaking belt.