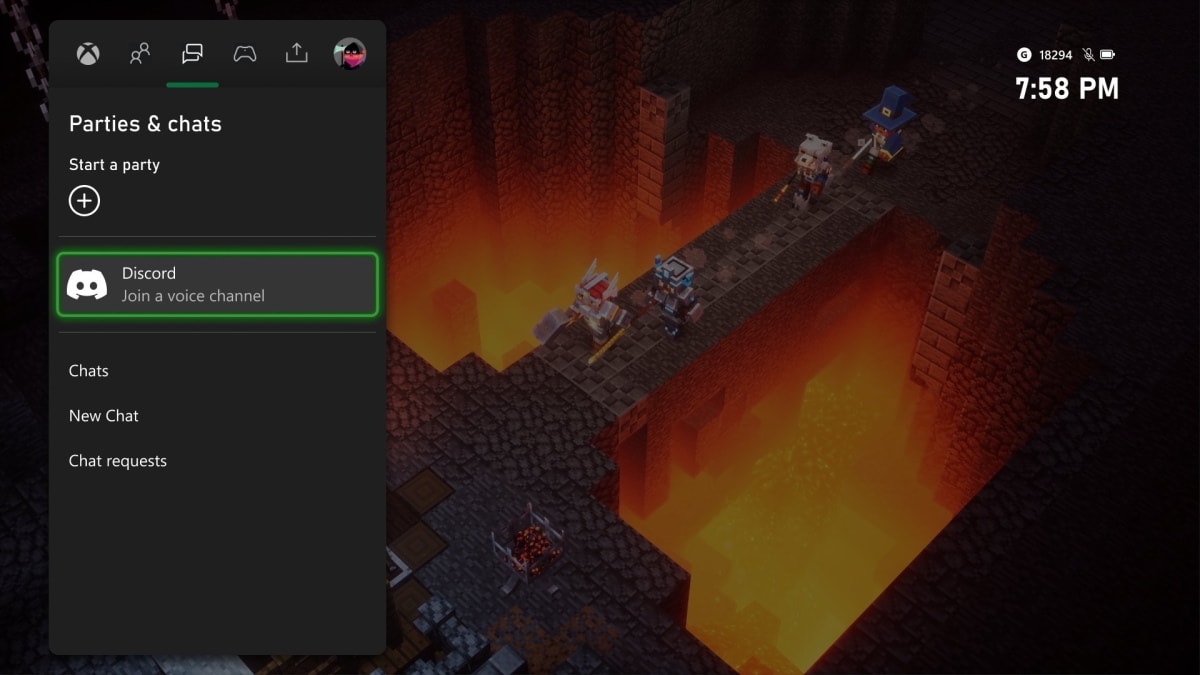 
Xbox is getting inbuilt Discord voice chat. As part of its November update, Microsoft announced that players can now connect to Discord voice channels directly from the console. Previously, you had to rely on the phone app or PC to transfer the call over to the Xbox system, before being able to chat with friends. The new update has skipped that process entirely, letting you access any voice channels or servers, directly from the pop-out guide. The latest Xbox update has also improved the game capture experience by adding a separate application.

As long as the Discord account is connected to the Xbox console, one should be able to access the Parties & chats tab and find their friends list. Bear in mind that Microsoft treats both Discord and Xbox party lists separately, so you might have to switch accordingly depending on what games you’re playing. Furthermore, the Xbox Series S and Series X consoles will now benefit from noise suppression, courtesy of third-party software Krisp, which syphons audio inputs to remove any background noise, such as “barking dogs and clicking keyboards,” and delivers clear audio from your end. That said, if you prefer unfiltered audio, just head over to the Discord call ‘Options’ section and toggle noise suppression off.

It is also worth noting that these changes only apply to Discord server conversations. Speaking directly to a friend will still require the mobile app — same as before — to transfer the call to your Xbox. While these are welcome additions to the console voice chatting experience, Xbox still lacks an integration to joining text message channels on Discord. There is no word on whether the company plans on implementing it, for now.

Microsoft has also added a new Captures app on Xbox, which can be accessed via the ‘Capture & share’ tab, offering “improved viewing, management, and editing of your game captures.” Clips and screenshots can now be directly transferred to an external drive and promises an increased bit rate on the Xbox Series S/X for those 720p and 1080p recordings. You can also start streaming directly from the Xbox console through Twitch, Lightstream, or Streamlabs, by simply heading over to the ‘Live streaming’ option and scrolling down to ‘Destination’ to pick between the three. Unfortunately, for now, the Twitch app on Xbox is dedicated to viewing only.

Finally, the Xbox November update is bringing upgrades to the wishlist feature, with notifications for when a game goes on sale — akin to Steam. Additionally, friends and family members will be able to choose, purchase, and send a title as a gift, as long as you have shared your wishlist.