World’s most explosive volcanic eruption in January travelled through atmosphere 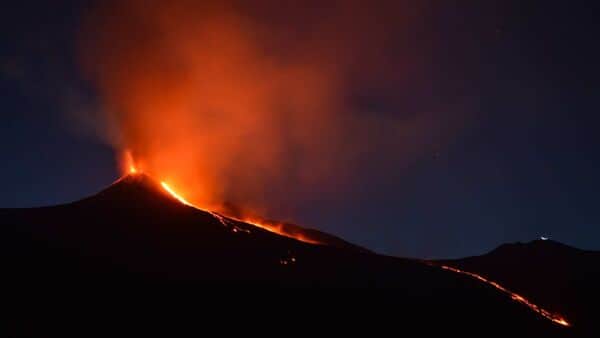 The greatest eruption in recorded history occurred in January 2022 when the Hunga Tonga-Hunga Ha’apai volcano erupted. A plume of ash was thrown into the upper atmosphere, and the eruption produced shockwaves all across the planet. The eruption was the most explosive volcanic event in the modern age, according to a new study.

Aside from that, the volcano generated the fastest atmospheric waves ever recorded, travelling through our atmosphere at 320 metres per second and reverberating at least six times across the earth. The edge of space was also reached by these waves. The authors of the report claim that there has never been a single event that has dominated such a sizable area in observational history. Scientists will use the event’s observations to enhance atmospheric weather and climate models in the future.

Hunga Tonga erupted on January 15 after a string of minor incidents that started in December 2021, sending a vertical plume of ash rising more than 50 kilometres above the earth’s surface. The largest source of gravity waves on Earth for the following 12 hours was the heat released from the hot ash and water in the plume. Satellite observations also revealed that it generated gravitational waves that spanned the Pacific basin.

The new research shows that the eruption was exceptional in terms of its size, speed, and the range of the swiftly moving gravitational and atmospheric waves it produced. It does this by combining vast satellite data with ground-level observations.

The volcano’s caldera, or the centre depression created when a volcano erupts, was floated over by a team of researchers in May under the direction of volcanologist Shane Cronin of the University of Auckland in New Zealand. They mapped the caldera’s structure using sonar and discovered that the 4-km-wide depression’s depth had decreased from less than 200 metres to more than 850 metres.

According to Cronin, the massive amount of magma and water interacting when the eruption started was likely the cause of this significant explosion. Since the water’s temperature was just 20 degrees Celsius while the magma’s temperature was 1,100 degrees Celsius, an explosion resulted when the two substances were forced into contact. In this way, each collision would have forced water farther into the magma’s margins, increasing the surface area of contact and sparking a series of other explosions.