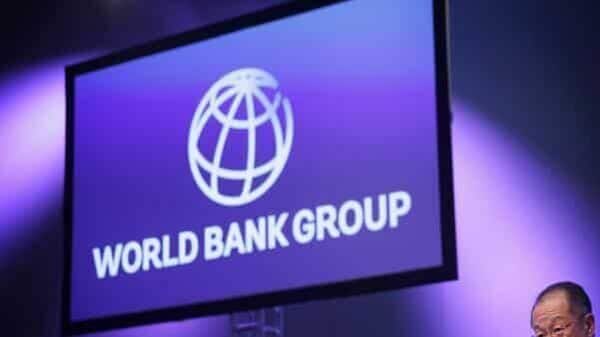 The World Bank’s Board of Executive Directors approved a $245 million loan to support India’s efforts to modernize rail freight and logistics infrastructure.

The Rail Logistics project will help India shift more traffic from road to rail, making transport—both freight and passenger—more efficient and, reduce millions of tons of greenhouse gas emissions (GHG) each year. The project will also incentivize more private sector investment in the railway sector, the bank said in a statement.

Indian Railways (IR) is the fourth-largest rail network in the world having transported 1.2 billion tonne of freight in the fiscal year ending March 2020. Yet, 71 percent of India’s freight is transported by road, and only 17 percent by rail.

Capacity constraints of IR have limited the volumes and reduced the speed and reliability of shipments. As a result, IR has been losing market share to trucks over the years; in 2017-18, its market share was 32 percent, down from 52 percent a decade earlier.

Road freight is the largest contributor to GHG emissions, accounting for about 95 percent of emissions of the freight sector. Trucks also accounted for about 12.3 percent of road accidents and 15.8 percent of total road transport-related deaths in 2018. Rail emits about one-fifth of trucks’ GHG emissions, and with IR planning to become a net-zero carbon emitter by 2030, it has the potential to eliminate 7.5 million tons of carbon dioxide and other greenhouse gases each year.

The Rail Logistics project will strengthen India’s multimodal transport hubs and terminals, by improving rail links with ports and inland gateways, and building first- and last-mile connectivity to railways.

The new Eastern Dedicated Freight Corridor-3 (EFDC), also supported by the World Bank, is already helping faster and more efficient movement of raw materials and finished goods between the north and eastern parts of India. The Rail Logistics project will connect several other such infrastructure projects and bring in private sector efficiency to augment rail capacity, create and manage intermodal terminals, and improve service quality and value-added services through private train and terminal operators.

A major focus of the project will be on harnessing commercial financing by engaging the private sector and developing customer-oriented approaches. The project will also support institutional capacity strengthening of the Dedicated Freight Corridor Corporation of India Limited (DFCCIL) as a commercial organization and equip it to provide multimodal logistics services.

The project places special emphasis on tackling gender-based violence and will support regular awareness drives for the community on the issue. It will also undertake activities to systematically improve women’s entry and transition in the railways sector, including improving women’s presence in technical job roles; creating safe workplace environments for contracted women employees and informal women workers; and prioritizing childcare for informal women workers at construction sites.

The $245 million loan from the International Bank for Reconstruction and Development (IBRD) has a maturity of 22 years, including a grace period of 7 years.