More
HomeNewsWoman slips, falls in river; what happens next is an incredible survival...
News 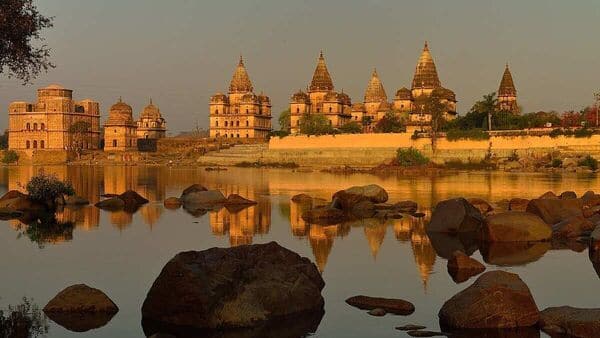 This 35-year-old lady fell into the Betwa river in Madhya Pradesh’s Vidisha district on August 11 at around 8 pm. She was finally saved on August 12 at around 6 am, nearly 20 kilometres downstream. An unsuccessful attempt to pull her out during the rescue operation had turned the boat over and returned her to the ocean.

Sonam Dangi, who was travelling from her house in Khajuria village to her maternal home in Padaria village — a distance of roughly 41 kilometres — when she was involved in an accident, according to Umashankar Bhargava, the district collector for Vidisha.

Dangi reportedly went into the river after the motorcycle she was riding slipped on the Barighat bridge, according to police in Vidisha.

Bhargava said local administration launched a search operation for Dangi and found her about three hours later stuck between the iron bars of an under-construction bridge in Ganj area, some 4km away.

“The rescue team reached the spot at about 2 am. By then, Dangi had managed to climb on the iron pillar. The rescue operation was delayed by another two-and-a-half hours due excessive water flow in the Betwa river. At around 4.30 am, a boat and five home guard jawans rescued the woman and made her wear a life jacket,” said Bhargava.

Bhargava, however, claimed that as they were taking her to the river shore, the boat capsized. According to him, the motor boat tipped over due to the high water current before they could reach the river bank, and all five jawans and the woman plunged into the water.

The collector claimed that Dangi was washed away, despite the jawans’ ability to swim well because of their training.

However, she was able to grab the log and go at least 16 km with it. The river widened as she approached Rajkheda, and the water level dropped. Around six in the morning, the locals spotted her drifting and used a tyre tube to rescue her, according to Bhargava.

She was transferred to the district hospital, where it was discovered that she had hypothermia and was declared to be safe, the DC continued. Sonam’s husband, Kalyan Singh Dangi, referred to Sonam’s survival as a miracle. She is powerful. The husband added that, while the family had lost hope, she survived because of her fierce determination.