With the trend of micro tourism picking up, travellers discover vineyards, dams with adventure sports, and secluded beaches in Tamil Nadu The vineyard, punctuated with lush clusters of purple grapes, is hemmed in by mountains. Tourists mill about, glasses in hand. But this isn’t Bordeaux, and the glasses are filled with grape juice.

Welcome to Cumbum, a small town in Tamil Nadu that brims with grape farms. Lately, vineyard tourism has picked up here. A Manoharan, who runs MSR Grapes Garden on the Kollam-Theni highway, says his vineyard receives nearly 1,000 visitors a day. Attributing the increase in footfall to the pandemic-induced suspension of international flights, he says a lot of domestic tourists now visit his 35-acre vineyard. “In the last year-and-a-half I have noticed a 30% increase in tourists from Tamil Nadu,” he says.

At a banana plantation near Cumbum
| Photo Credit: Karthik Srinivasan

The pandemic has given rise to micro tourism, a trend where travellers visit destinations that are just a short drive away and preferably in the same State. For intrepid holidaymakers of Tamil Nadu, it has given them the opportunity to discover the road less travelled, a road the jet set earlier ignored.

After COVID-19 hit, there has been an increase in domestic tourism, says Sandeep Nanduri, Director of Tourism and Managing Director of Tamil Nadu Tourism Development Corporation, adding that they are now working on promoting lesser-known destinations. “We are developing adventure campsites in 15 destinations such as Dharmapuri, Jawadhu hills, Courtallam and Mudaliarkuppam,” says Nanduri.

There is a slew of new introductions too. Among the plans being firmed up is heli-tourism, which will be introduced in Kodaikanal and Rameswaram over the next few months. Also, stay tuned for a 3D show at Arjuna’s Penance in Mamallapuram, which will debut in four months. “The duration of the show will be 20-25 minutes. The story will be projected on the surface of the monument, and through it we are trying to show the history of the Pallava dynasty in Mamallapuram. A similar show will take place at the Thiruvalluvar statue in Kanyakumari,” he adds. 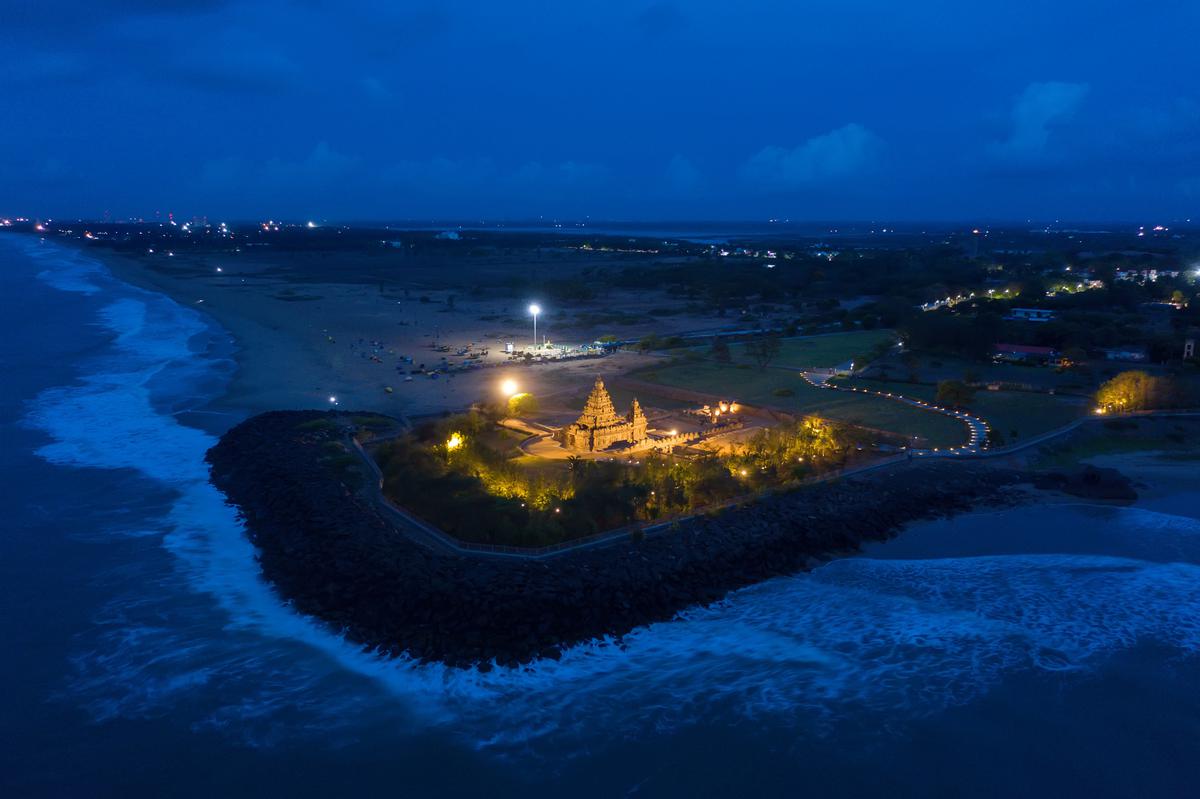 With people looking for options in their backyard, plantation tourism too is seeing takers. “People visit tea, coffee, cardamom plantations in places like Meghamalai, Pollachi and Valparai, understand how these are grown, and then stay the night in the plantation,” explains Nanduri. Chennai-based photographer Karthik Srinivasan, who posted pictures of his hometown Cumbum on social media last month, says, “Nearly 15 of my friends planned a road trip to the exact same places after seeing my photographs. These are people who love driving as the roads there are beautiful to drive on” he adds.

Photographer Amar Ramesh, who runs Discover Tamil Nadu, an Instagram account that features destinations from across the state, is constantly in search of stunning locales and often stumbles upon lesser explored gems. If you drive around Ambasamudram, Kalladaikurichi , in Tirunelveli, or through the interiors of Kotagiri, you’ll find that they look like foreign landscapes. There is natural beauty and paddy fields.” To find these places, he asks around, talks to locals, looks up social media.

With regular international flights to and from India having resumed from March 27, Amar says, “Even after international travel opens up, people should take the time to explore Tamil Nadu, which still has places that are untouched.

Amar also suggests visiting temples such as Gangaikonda Cholapuram (Ariyalur district) and Darasuram (Kumbakonam) as they are less crowded. In December 2021, Amar made a quick trip to the Thirumoorthy Dam in Pollachi. “It was beautiful, the water level was good and one could drive or walk around it,” he adds. For adventure addicts, Camp Splendour, nestled between the Thirumoorthy dam and the Annamalai mountain range, offers kayaking, canoeing, jet skiing and standup paddling in the waters of the dam, along with activities such as archery, commando net, and campfire.

While road tripping to getaways like Pollachi, Chettinad, Coonoor, and Thoothukudi have always been popular among those from Tamil Nadu, of late, Tharangambadi, Nagercoil and Kumbakonam too have made it to the list. Jose Dominic, who heads the CGH Earth group of hotels, says their property Mantra Koodam-CGH Earth in Kumbakonam, which pre-pandemic received 50% international guests and only 30% from Tamil Nadu, now gets 70% of its footfall from Tamil Nadu.

“Kumbakonam is home to UNESCO temples and is known for architecture and culture. There are silk saris, pottery, bronze statues and local cuisine to explore,” says Dominic. “Our priority is to open up in new locations,” he adds, stating that he is looking at opening in Nagercoil and Rameswaram next. “Travellers, want culture and beaches, and we plan to offer just that.”

A lazy date with history

Tharangambadi, the first Danish trading post in India is a scenic six-and-a-half hour’s drive from Chennai, with the Bay of Bengal running along as a constant companion. Its beaches have been welcoming more road trippers lately. 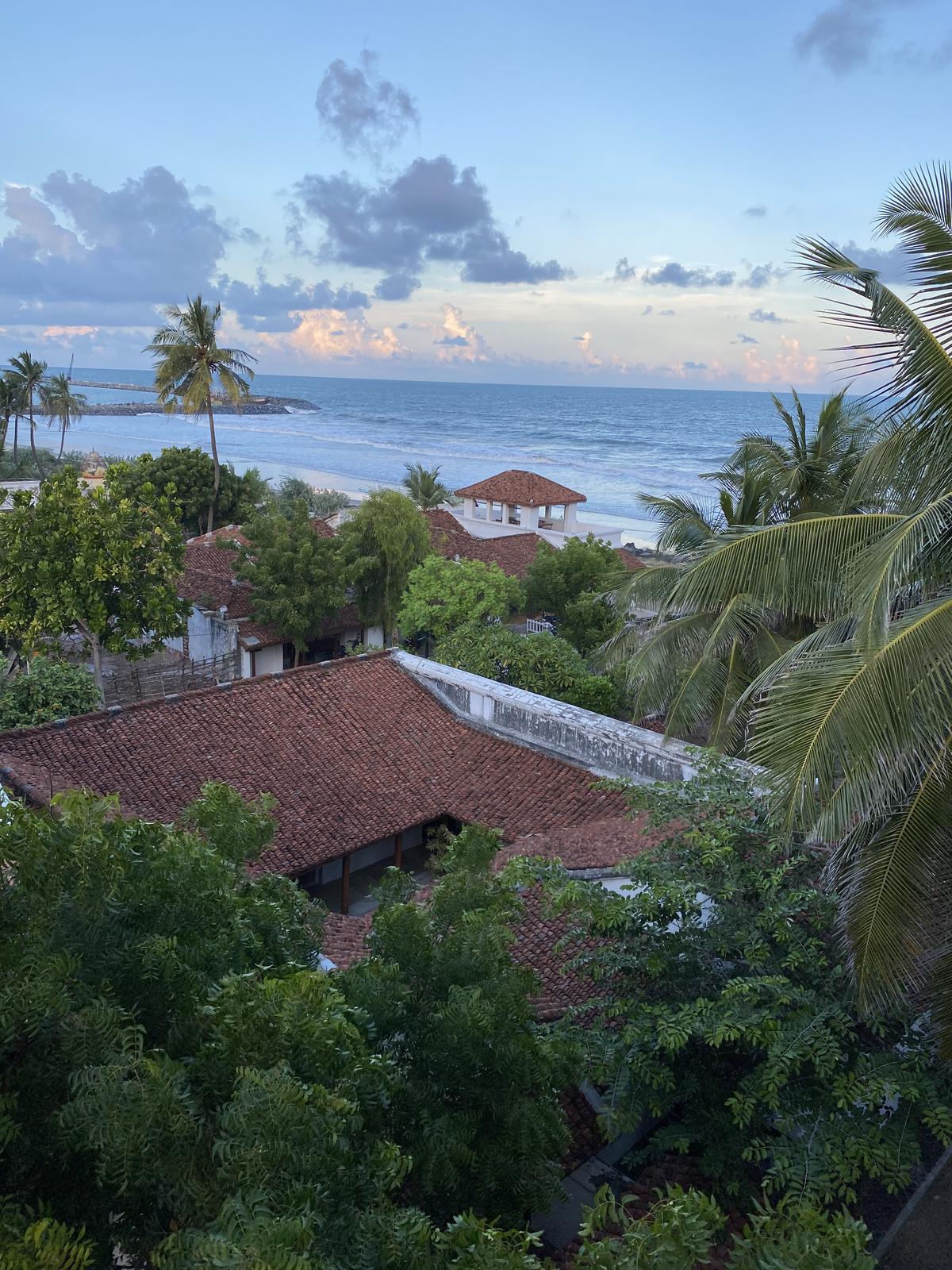 Thanga House in Tharangambadi, a 60-year-old, four bedroom bungalow threw open its restored doors to the world in December 2020. “Destinations such as these are not usually on mass tourist maps,” says Prashant Bokaria who owns the property, adding that nevertheless clients drive in from Chennai, Bengaluru, Coimbatore, Thanjavur, and Puducherry; as well as Mumbai, Chandigarh and Delhi. “We sell around 30 to 40 bookings a month,” he says.

Some people stop by for a pre-booked lunch or dinner. Additionally, guests also enjoy lazing in the salt water dip pool, at candle-lit dinners on the terrace, or on the beach. “Guests come here to recharge, catch up on their reading, to pursue creative work like writing, composing music, scripts, to celebrate an occasion, or simply to do nothing,” says Prashant, adding that their draw is simple: “there are no modern noises, just the sound of the waves.”