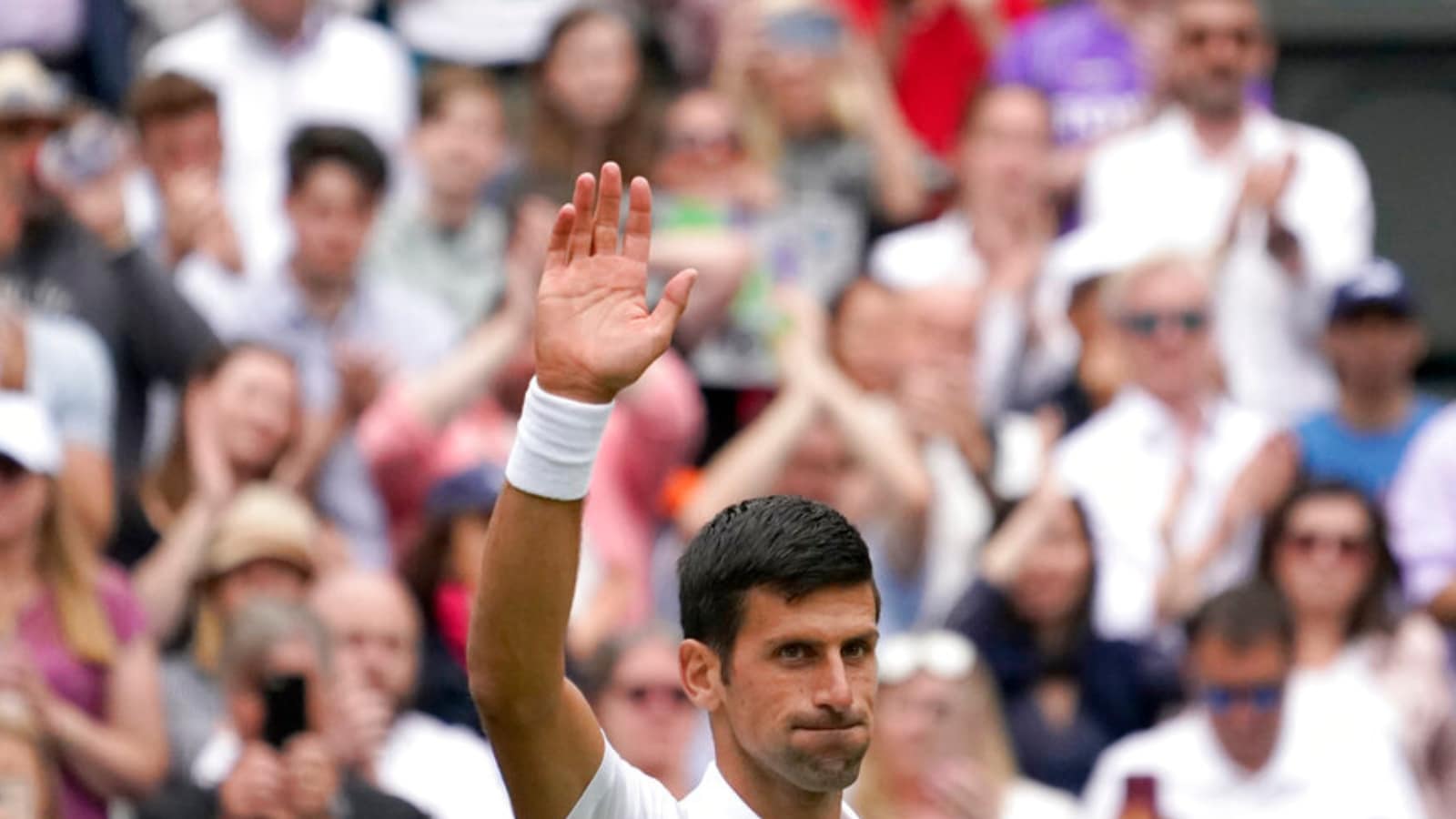 
Three-time defending champion Novak Djokovic reached the Wimbledon fourth round for the 14th time on Friday with a straight-sets demolition of Serbian compatriot Miomir Kecmanovic.

Friday’s win was the 330th of Djokovic’s Grand Slam career.

“I expect high standards from myself. You always want to raise the level and things are shaping up well.”

The six-time Wimbledon champion has won the past three men’s singles titles at the All England Club.

The 25-year-old Van Rijthoven proved his prowess on grass by winning the ‘s-Hertogenbosch title last month, defeating world number one Daniil Medvedev in the final.

“Before the tournament started, it was a dream for me to play Djokovic,” said Van Rijthoven, only the seventh man since 2000 to reach the round of 16 on his Grand Slam debut.

“So to be able to have that chance and to maybe even play on Centre Court or Court 1 is beautiful and magical.”

The top-seeded Serb will next face Tim van Rijthoven of the Netherlands.