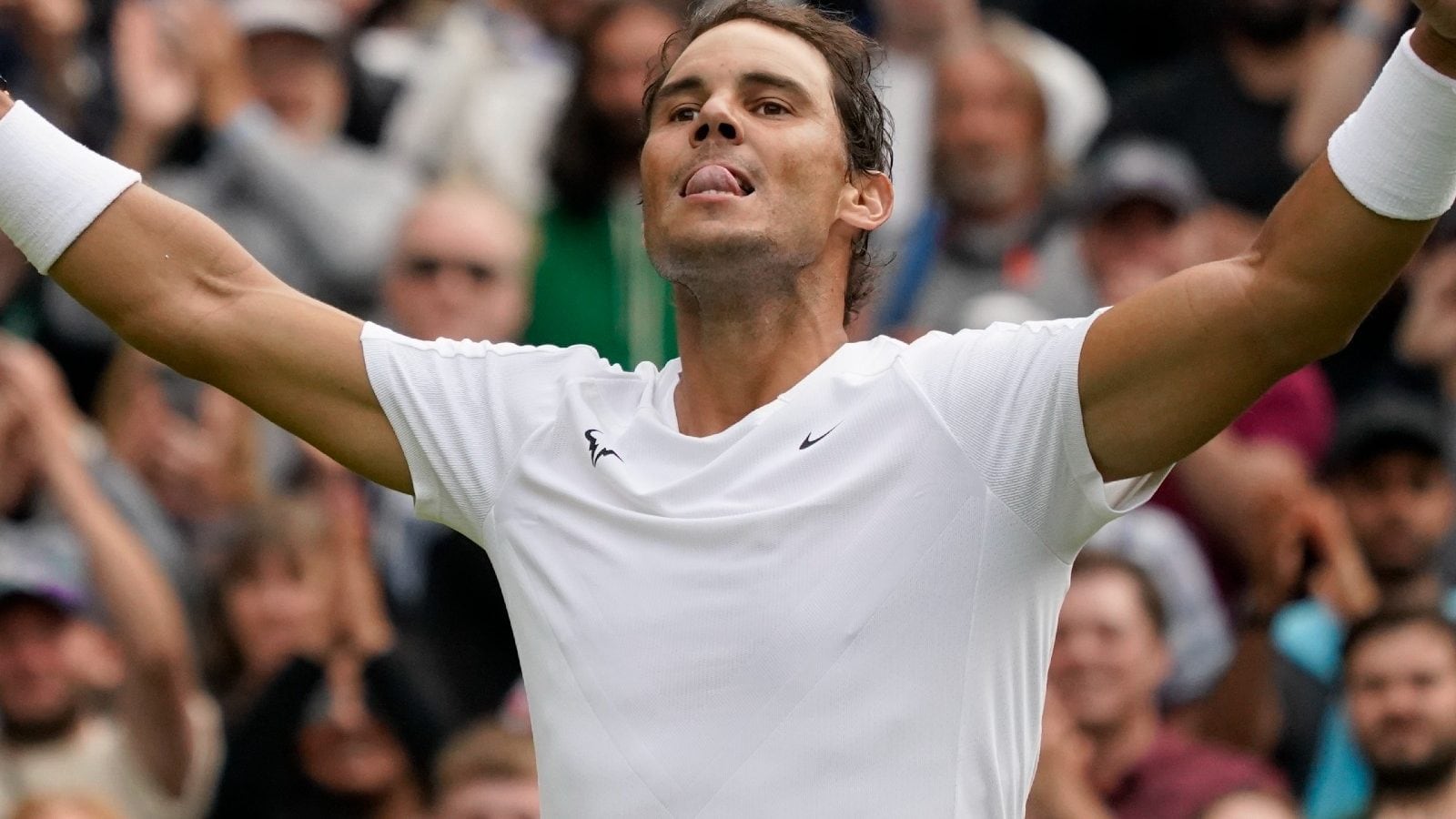 
Twenty-two-time Slam winner Rafael Nadal, American teenager Coco Gauff and 2021 runner-up Karolina Pliskova are slated to take the court for their second-round fixtures on the Centre Court on Day 4 at the All England Championships. While top-seeded Iga Swiatek will also be seen in action on Thursday.

Sixth-seeded Pliskova will be up against British player Katie Boulter in the opening match of the day on the main court.

Men’s second-seeded Nadal is pitted against Ricardas Berankis of Lithuania. The Spaniard has won the last two Grand Slam tournaments of the year and will surely be eyeing the trophy at the All England Club. Nadal has two Wimbledon titles under his belt. He beat Roger Federer in the year 2008 final to claim his first grasscourt slam and added to the collection in the year 2010 as he got the better of Thomas Berdych.

Women’s 11th-seed Gauff faces Mihaela Buzarnescu of Romania. The 18-year-old was the losing finalist at the French Open earlier this month as she went down to a dominant performance by the in-form Pole Swiatek at the Roland Garros.

Swiatek, the champion at Roland Garros, who is on a 36-match winning streak, will battle it out against Dutchwoman Lesley Pattinama Kerkhove. They’ll play on No. 1 Court.

Alize Cornet of France is pitted against Claire Liu of the USA as Spaniard Paula Badosa will be seen in action as she takes on Irina Bara of Romania.

Harmony Tan of France, who was responsible for Serena Williams’ exit from the tournament on her return, is set to take on Sara Sorribes Tormo of Spain.

16th seeded Simona Halep of Romania will square off against unseeded Kirsten Flipkens of Belgium in the second round at SW19.

Petra Kvitova will try to get the better of Ana Bogdan while eight-seed Jessica Pegula is scheduled to play Brit Harriet Dart.

Men’s 4th seed Stefanos Tsitsipas of Greece will hope to continue his rich vein of form as he goes into his second-round fixture against Australian Jordan Thompson.

11th seed Taylor Fritz and 12th seed Diego Schwartzman will be seen in action against Alastair Gray and Liam Brody.

Mercurial Australian Nick Kyrgios will go head to head with Filip Krajinovic for a place in the third round of the grass-court tournament at stake.