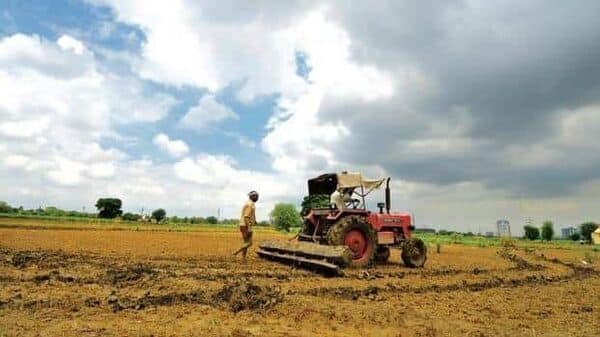 The climate change triggered increased frequency of dust storms over West Asia is likely to increase rains in the Indian subcontinent during the monsoon season, according to a new study led by researchers at IIT Bhubaneshwar.

This comes in the backdrop of impact of climate change over Indian monsoon being clearly evident in terms of erratic rainfall patterns.

The study shows that the dust emitted from the deserts transported to Arabian sea could enhance rainfall over South Asia, especially during severe drought episodes.

“The major outcome of our work is that this Arabian Dust impact on rainfall is strong during drought periods over India. That means, its quite important that we understand these dust storm dynamics over Middle East. These effects can also have impact on extreme precipitation over India at these short time scales,” said Dr V. Vinoj, Professor, School of Earth, Ocean and Climate Sciences, Indian Institute of Technology Bhubaneswar.

Desert dust aerosols emitted from the middle-eastern/Arabian and North African deserts increase rainfall over India at short time scales of about a week or two.

“This is made possible due to the warming induced by this dust over the Arabian Sea, which acts as a source of energy to speed up the monsoon circulation (winds, moisture) towards the Indian region. This relationship is now stronger during drought years associated with El-Nino,” Vinoj added.

“The intensity of Indian summer monsoon rainfall (ISMR) over Central India (CI) is known to be positively correlated with the dust aerosol loading over the Arabian Sea (AS) on short time scales of about a week. However, global oscillations such as the El-Nino Southern Oscillation (ENSO) modulate both the rainfall over India and aerosol loading over the Arabian Sea,” the study said.

It is found that the highest correlation id during El-Nino (0.53), followed by Normal (0.44) and La-Nina (0.34) years, closely following the overall dust aerosol loading over the Arabian Sea.

“Spatially, irrespective of the phase of ENSO, the high aerosol loading conditions are associated with increased winds over the Arabian Sea, shifting eastward towards the Indian mainland and enhancing rainfall over Central India and elsewhere across the Indian landmass. In contrast, the low aerosol loading conditions over the AS are associated with reduced winds, shifting westward away from the Indian mainland, suppressing rainfall over Central India,” the study reflects.

In response to anthropogenic climate change, the El-Nino-like conditions are likely to increase in the future, making the dust aerosol-induced monsoon rainfall enhancement/modulation significant.

This mechanism has been responsible for changes in monsoon rainfall since the second half of the 20th century. On the other hand, the atmospheric absorption by aerosols such as dust and black carbon during the pre-monsoon season enhances early monsoon rainfall by the elevated heat pump hypothesis (EHP).

The dust aerosols then accumulated over the Arabian Sea cause atmospheric warming to strengthen the monsoon circulation, leading to increased monsoon rainfall over central India (CI) in about a week.

“These dust storms will impact the monsoon months of June, July, August and September,” Vinoj added.

In the future warming scenarios, studies have indicated that the positive correlation between dust loading over the Arabian Sea and rainfall over India may likely strengthen due to the increased wind speed over the dust-source regions leading to increased transport of aerosols. Thus, the Indian monsoon rainfall is modulated by remote dust feedback to a certain extent.

Recent studies have indicated that El-Nino-like conditions will increase in the future due to anthropogenic climate change.