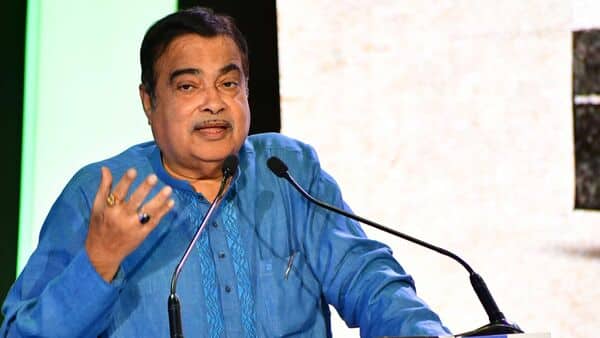 Union minister Nitin Gadkari while recalling an incident revealed that when he was a student leader, Congress leader Shrikant Jichkar had asked him to join the Congress for a better future. “I told Shrikant, I would die by jumping into a well but won’t join Congress, because I don’t like the ideology of the Congress party,” the Union minister said.

Nitin Gadkari was addressing a gathering of entrepreneurs. He also said human relationship is the biggest strength for anybody who is in business, social work or politics. “Hence, one should never indulge in use and throw. Be it good days or bad days, once you hold anyone’s hand, always hold on to it. Do not worship the rising sun,” said the BJP leader.

Earlier, Union minister Nitin Gadkari attributed the BJP’s rise to power to the work done by Atal Bihari Vajpayee, L K Advani and Deendayal Upadhyaya. Addressing an event of the Laxmanrao Mankar Smriti Sanstha, which has 11,000 teachers and many schools in tribal areas, Gadkari recalled listening to Vajpayee’s speech at the BJP’s 1980 conclave in Mumbai. “Atalji had said: Andhera chhatega, sooraj niklega, kamal khilega (The darkness will disappear, the Sun will come out and the lotus (BJP’s poll symbol) will bloom) one day,” Gadkari said. “I was there. Everybody who heard that speech believed that such a day will come. Atalji, Advaniji, Deendayal Upadhyaya and many workers did such a work that today we are in power under Modiji’s leadership in the country and and in many states,” Gadkari said.

Meanwhile, Union minister Nitin Gadkari said on Friday that the government is working on bringing a single logistic law for all modes of freight transportation to eradicate duplication of processes and simplify procedural requirements,

The Road Transport and Highways Minister further said the public-private partnership model should be encouraged for the development of air cargo infrastructure in the country.

“The government is working on bringing a single logistic law for all modes of freight transportation to eradicate duplication of processes and simplify procedural requirements.

“This system will facilitate multi-modal transportation in the true sense,” Gadkari said while addressing the 12th DACAAI.