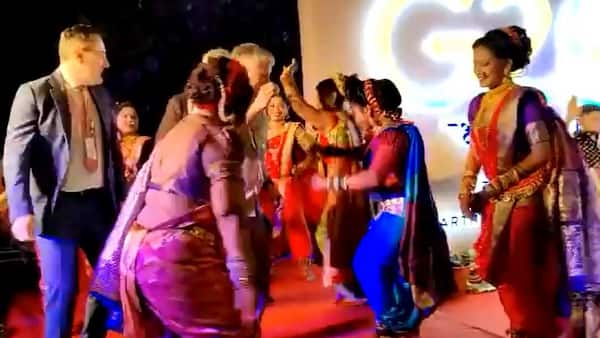 The first meeting of the Development Working Group (DWG) under India’s G20 Presidency is scheduled to take place in Mumbai from December 13 to December 16. pic.twitter.com/qTxO1kZjRR

The first meeting of the Development Working Group (DWG) under India’s G20 Presidency is scheduled to take place in Mumbai from 13-16 December.

On December 13, the Indian Presidency held two side events – “Data for Development: Role of G20 in advancing the 2030 Agenda” and “Infusing new LiFE into Green Development” – before the official meeting of the Working Group, according to the official statement of Ministry of External Affairs.

India took up the G20 presidency this month and has a crucial year coming ahead for its global ambitions.

Earlier, at a panel discussion in Udaipur this month, G20 Sherpa Amitabh Kant said India’s G20 Presidency has come at a time when the world is under political turmoil and there are challenges of geopolitical crisis in Europe, breakdown of supply chains, the situation of climate action, and poverty.

“There’re challenges of geopolitical crisis in Europe, breakdown of supply chains, the crisis of climate action, poverty, inflation & slowdown of global growth. Amid such a crisis India is taking the G20 presidency, we believe every crisis is an opportunity,” Kant said at the first side event of G20, ‘Transforming Lives: Accelerating Implementation of SDGs – A panel discussion’.

The theme of India’s presidency had earlier been revealed to be ‘Vasudhaiva Kutumbakam — One Earth, One Family, One Future, which illustrates India’s motto of collectively responding to the immediate global challenges that face the world.

India has an extensive and holistic agenda for its G-20 presidency. From the de-politicization of the global supply chains which have affected the supply of food and fertilisers, to pushing for sustainable solutions with regard to climate change. From making resources accessible to the most deprived and neglected, to negotiating a consensus between political polar opposites, India will endeavour to achieve to bring more unity to the world.

The country is increasingly being regarded as a true leader by the world community for she has not only protected her own population but has also committed herself to the global good in this rapidly changing geopolitical scene.

“I have always maintained that crisis is an opportunity and this is one of the greatest opportunities we have got because we are putting together the agenda”, Kant had said.