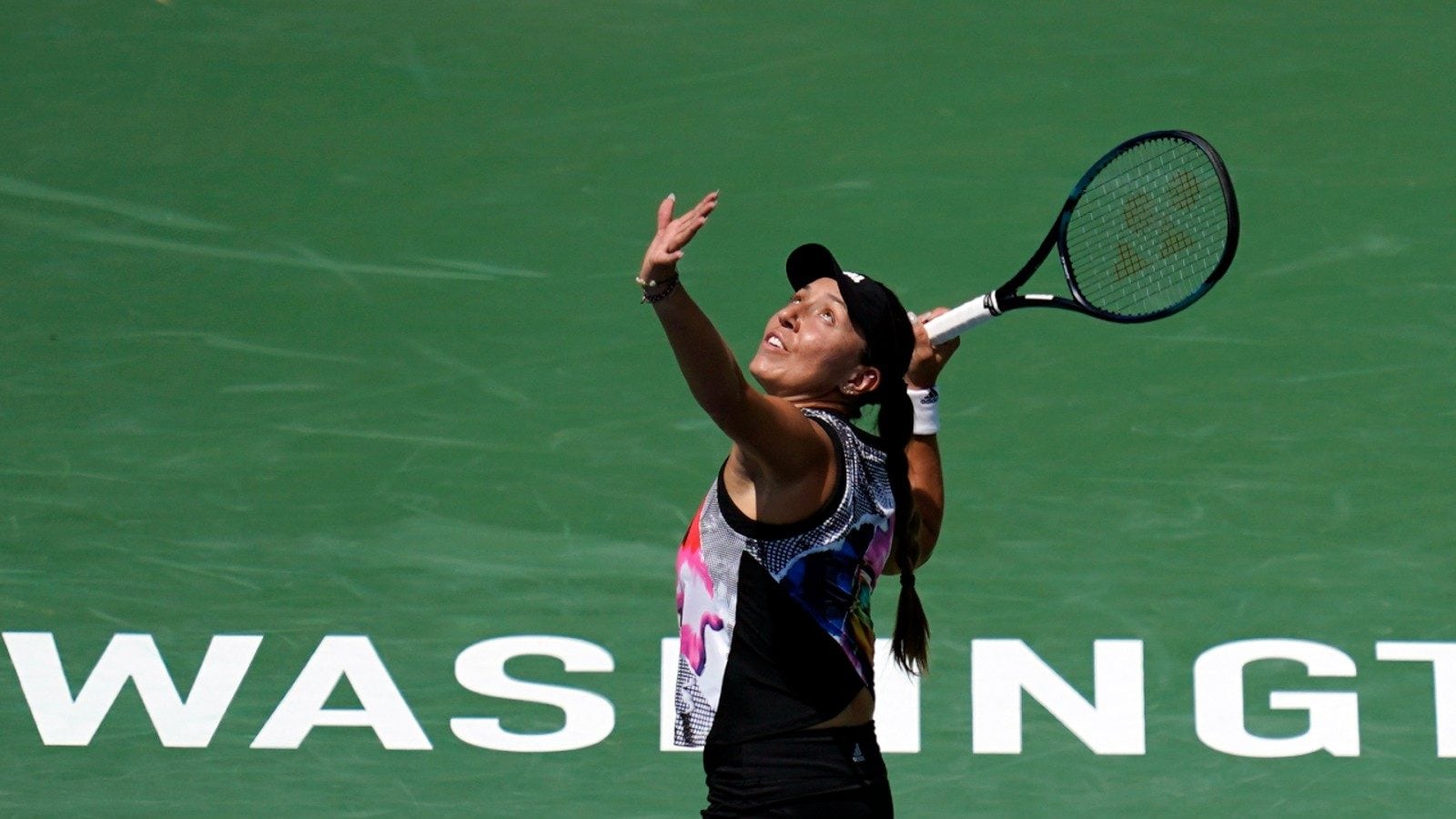 “I stayed really composed. I managed the energy really well. It was very hot. But I thought it’s hot for everyone so get on with it,” Saville said.

Polish second seed Hurkacz crashed out in his second-round match at the US Open hardcourt tuneup, falling to Finland’s Emil Ruusuvuori 6-4, 7-6 (7/3).

World number 63 Kyrgios, whose most recent title came at Washington in 2019, broke to open and close the first set. Paul’s fourth double fault gave the Aussie a match point and his forehand shot beyond the baseline gave Kyrgios the victory in 85 minutes.

The 28-year-old Russian-born Aussie won her only WTA title at the 2017 Connecticut Open but dispatched Pegula in 98 minutes for her second top-10 win of the year after downing Ons Jabeur at Indian Wells in March.

Saville fell to 627th in the world rankings after Achilles tendon surgery that sidelined her for most of last year. Now she’s into her third quarter-final of the year after Miami and Guadalajara.

“I’m happy. It creates good reputation. Players are going to say, ‘She’s playing well. She has some good wins this year’,” Saville added.

Ruusuvuori, set to rise one shy of his career-high to 43rd in the world rankings, denied Hurkacz on all four break-point chances to advance after one hour and 44 minutes.

“I just tried to hang in there and stay as tough as can. Long rallies, they really drain you and you start to feel dizzy during the points. Very tough,” Ruusuvuori said.

His third-round foe will be Sweden’s Mikael Ymer, who ousted 15th seed Aslan Karatsev 6-4, 3-6, 6-4 after eliminating three-time Grand Slam champion Andy Murray in round one.

World number 13 Fritz comes off a five-set Wimbledon quarter-final loss to Rafael Nadal and two weeks in a boot with a stress fracture in his left foot.

“It has felt great. No pain at all. It’s a really good sign. Gives me a lot of confidence moving forward,” Fritz said.