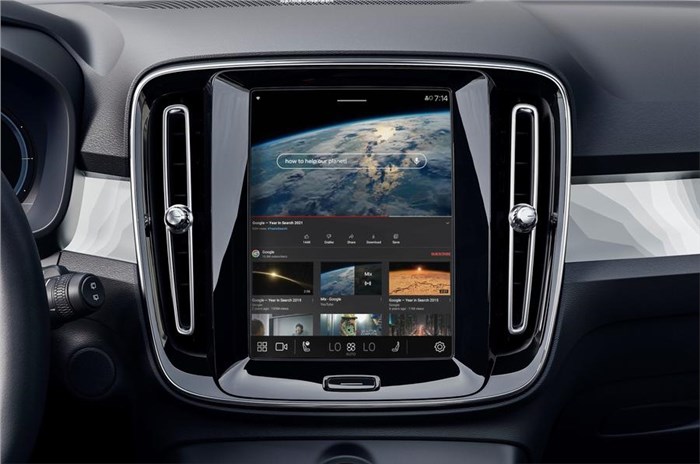 Volvo is revising its in-vehicle infotainment system to feature YouTube and upgraded Google services, including the technology giant’s virtual assistant. The update is the latest step in Volvo’s partnership with Google and applies to all models with an Android-powered infotainment system – generally cars produced from 2020 onwards.

Volvo says the integration of smart services bolsters its aim to transform its cars into an “extension of drivers’ living environment”. Google Assistant will allow customers to speak directly to their car and control several remote functions, including unlocking the car and warming up the cabin on winter mornings. Future features will include the facility to schedule charging.

“We are now looking to be the first to integrate fully with Google Assistant-enabled devices. It is a natural next step in our partnership with Google,” said Henrik Green, Volvo’s chief product officer. “This integration allows us to improve the customer experience immensely, as it gives customers the possibility to easily and securely manage their car while at home or on the go, through any personal device that has Google Assistant.”

Models will also benefit from YouTube integration, which, the firm says, will be a useful feature on longer journeys as drivers can watch videos while their car is charging or waiting in a car park. The app will be usable only when the car is fully stationary.

“Allowing our customers to watch videos while charging or when waiting to pick up their children from school is part of our promise to make their lives better and more enjoyable,” said Green. “With YouTube and other major streaming services coming soon, our customers can enjoy their charging break instead of seeing it as just a hassle – making electric car ownership that bit easier.”

Drivers will also be able to download a host of other, non-Google applications, including Sygic for navigation, Flitsmeister for getting notified about speed cameras in the vicinity, Chargepoint and Plugshare for EV charging, and SportHero and ParkWhiz for parking.

Volvo owners with an Android system in their cars can upgrade in the coming months. Drivers need to connect their infotainment system to the Volvo Cars App and a device with Google Assistant installed.

In recent months, Volvo has pushed for the electrification of its model line-up with the launch of petrol mild-hybrid versions of the XC60, S90 and XC90 in India. Incidentally, the updated cars launched in India already come with the new Google-powered infotainment system with the built-in assistant. These cars will, thus, be compatible with the upcoming upgrades.

The carmaker is also set to enter the EV market with the launch of the all-electric XC40 Recharge in the coming months. The Recharge will be Volvo’s first EV for the Indian market, with the carmaker planning to launch one new EV every year.

What do you think of Volvo’s upcoming updates to its infotainment system? Let us know in the comments below.

Hakan Samuelsson to step down as Volvo CEO in March