Vodafone Idea CEO: In talks with investors to raise funds 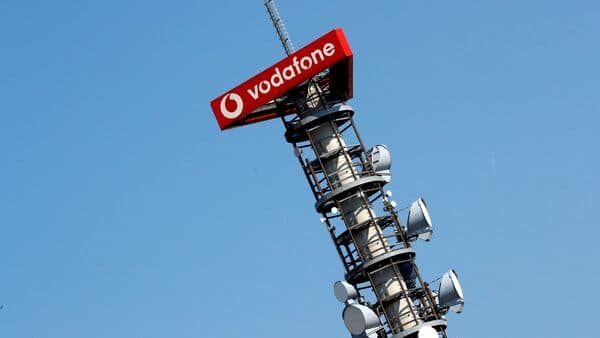 Vodafone Idea Ltd is in advanced talks with investors to raise fresh capital, which will be used to expand 4G capacities and roll out 5G services, said chief executive Akshaya Moondra on Friday.

He also said that the conversion of interest on the telecom operator’s dues into equity by the government would help conclude the fundraising. “The discussions are at an advanced stage. We should be able to conclude those once the government conversion is effected,” Moondra said in an analysts’ call.

The loss-making company has been trying to raise ₹20,000 crore in debt and equity from external investors since 2020. India’s No. 3 carrier received an equity infusion of ₹4,500 crore from promoters Aditya Birla Group and Vodafone Group Plc earlier this financial year. Mint reported on Thursday that the government promoters to bring in more equity into the carrier.

Moondra said that the fundraising was also dependent on the return of bank guarantees by the government, which had already taken place, leaving only the more important factor of conversion into equity which was yet to happen. However, he said that post the approval of the amount of dues of ₹16,000 crore in April, the company had not heard from the government and added that he was not sure of the reasons behind the delay from the government’s side.

“We are in discussion with the government, and I also do not know exactly the reason why this is not happening; the government is taking some time… we continue to be engaged with DoT (department of telecommunications), and we expect that this should happen soon,” Moondra said.

He said the carrier has given the option of converting dues owed to vendor partners into optionally convertible debentures on the lines of ATC India.

“We have kind of proposed this to a few large vendors that we have. This is also governed by regulatory requirements, so wherever it’s possible, there is a large vendor, and by regulation, if it is possible, we are happy to continue doing this with other vendors also. It also depends on the vendors’ policy and what they are interested in doing,” Moondra said.

Vodafone Idea will sell ₹1,600 crore worth of convertible bonds to ATC Telecom Infrastructure, which will be used by the carrier to repay some of its dues to the tower operator for renting its assets to provide mobile phone services in India. The telco will sell 16,000 optionally convertible, unsecured, unrated and unlisted debentures of ₹10 lakh each in one or more tranches.

The preferential sale of debentures would be subject to conditions, including shareholder approval and the government converting interest from deferment of AGR and spectrum dues owed by the company into equity.

Currently, Vodafone Idea owes about ₹3,000 crore to ATC and an additional estimated ₹7,000 crore to Indus Towers, the world’s largest tower provider, according to people familiar with the development.

Vodafone Idea has sought softer payment terms, including additional time and partial payment of its outstanding dues, from Indus Towers, following reports of the tower provider considering revocation of services if its dues were not paid.

“We are kind of trying to close the funding quickly. So that some of the backlogs of vendor payments that we have on that can be addressed,” Moondra said in response to a query on the ATC deal. He also said that Vodafone Idea would prioritize operational payments, followed by lender payments and capex investments. The company has reduced its bank loans from ₹23,000 crore to ₹15,000 crore.