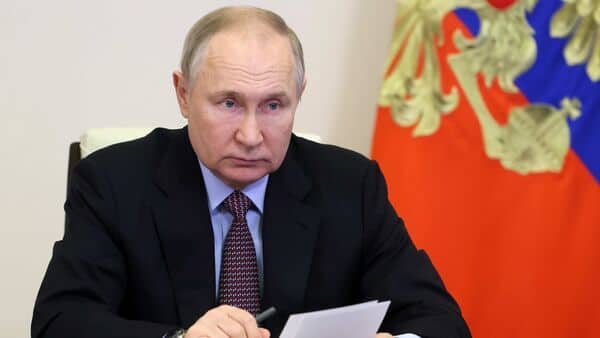 With speculation over a major flu outbreak hit Kremlin officials, Russian President is most likely to go into isolation in a bunker, reported The Mirror on 14 December.

Citing the health and security concerns of Russian President, speculations are making the rounds, report suggests that Vladimir Putin’s presidential team may have got hit by the major flu.

In a first in ten years, Putin has already cancelled his annual set-piece press conference this month. Though Putin’s address to parliament is not ruled out this month, however, the unusual unprompted Kremlin claim of his close officials being hit by flu may result in its cancellation.

ALSO READ: Putin says any country that dares to launch nuclear attack on Russia will be…

Attributing the infection disclosure to Putin’s spokesman Dmitry Peskov, Novaya Gazeta Europe news outlet reported that “many people in the Kremlin were down with flu”.

“Despite the president’s order to strengthen security measures at strategic facilities, the already prohibitive security measures of Vladimir Putin himself have really intensified. Putin has begun to spend more time in bunker-type premises. And the president and his loved ones [will celebrate] the New Year in a bunker located behind the Ural Mountains, instead of the residence in Sochi, as previously planned,” the report said.