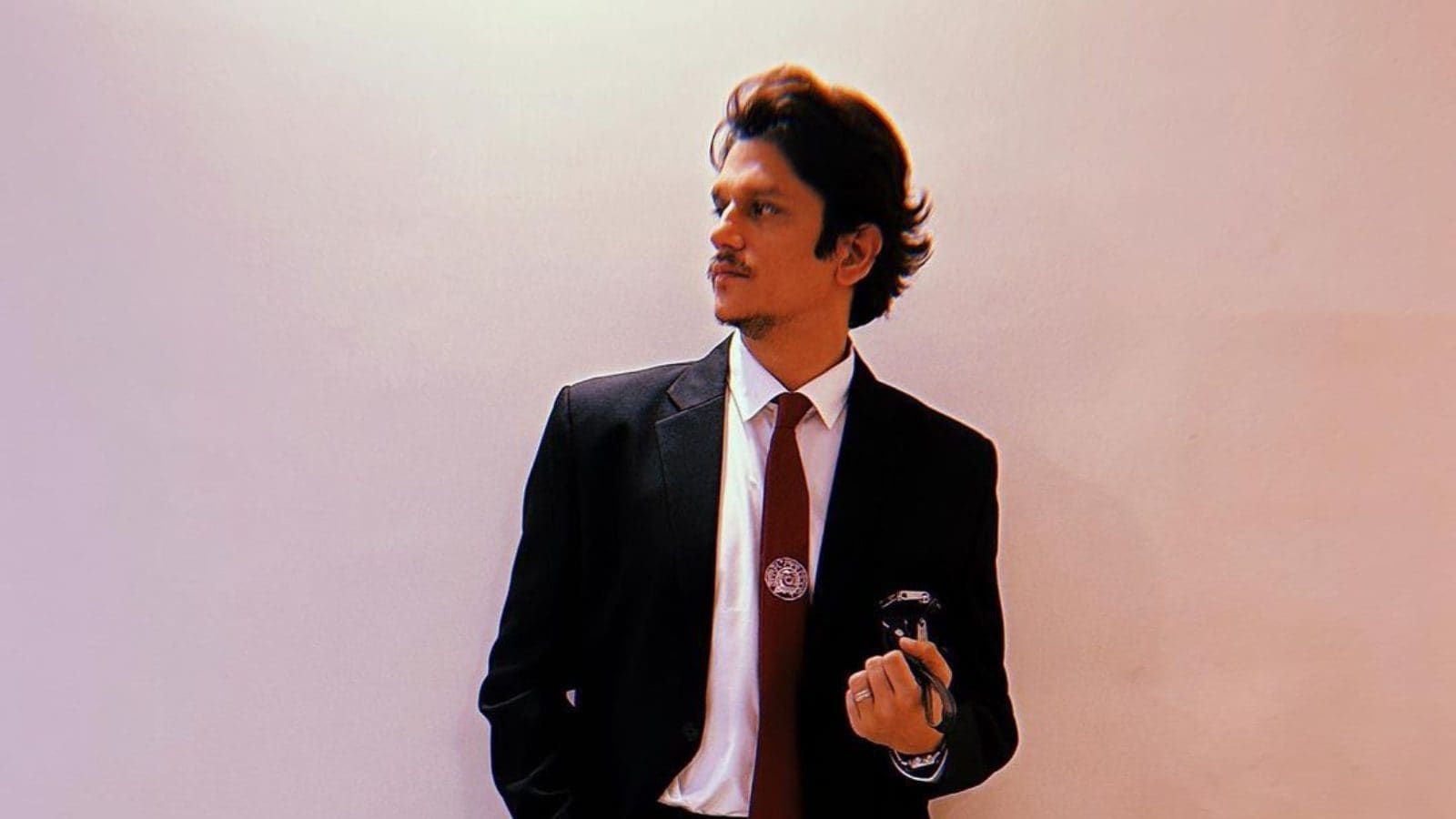 
After attending grand Diwali parties, celebs of tinsel town continue their celebrations with the spooky season of Halloween. The festive occasion is not only observed around the world but here in India as well. While Bollywood stars donned different characters from different movies, Vijay Varma showed up as Hamza. Well, who could be scarier than Hamza from Darlings? Decked up in a Railway suit and pants, Vijay pulled a Hamza for the party he attended. Moreover, he was also awarded as ‘The Ultimate evil Hamza look’ at at Jonita Gandhi’s Halloween party.

Besides being a versatile actor, Vijay Varma is also known for his sartorial choices and often wins brownie points from the fashion critics. The talented actor is a sucker for all things retro and nineties fashion for their loose wide baggy fits and crazy prints. Taking to his social media, Vijay Varma shared a series of pictures from the party where he looked very fashionable in his Hamza uniform and wrote, “Guess who I dressed up as this Halloween?”

Directed and co-written by Jasmeet K Reen and bankrolled by Gauri Khan (Red Chillies Entertainment) and Alia Bhatt (Eternal Sunshine Productions), Darlings is a black comedy drama film that stars Alia Bhatt, Shefali Shah, Vijay Varma and Roshan Mathew in the lead roles. It followed the lives of two women as they find courage and love in exceptional circumstances. Vijay played the role of an abusive husband to Alia.

After ‘Darlings’, Vijay is making a lot of buzz for his upcoming ‘The Devotion of Suspect X’ in which he will be seen sharing the screen space with Kareena Kapoor Khan and Jaideep Ahlawat. Apart from that, Vijay has an exciting slate of projects ahead including ‘Dahaad’ with Sonakshi Sinha, Sumit Saxena’s untitled next, and ‘Mirzapur 3’.