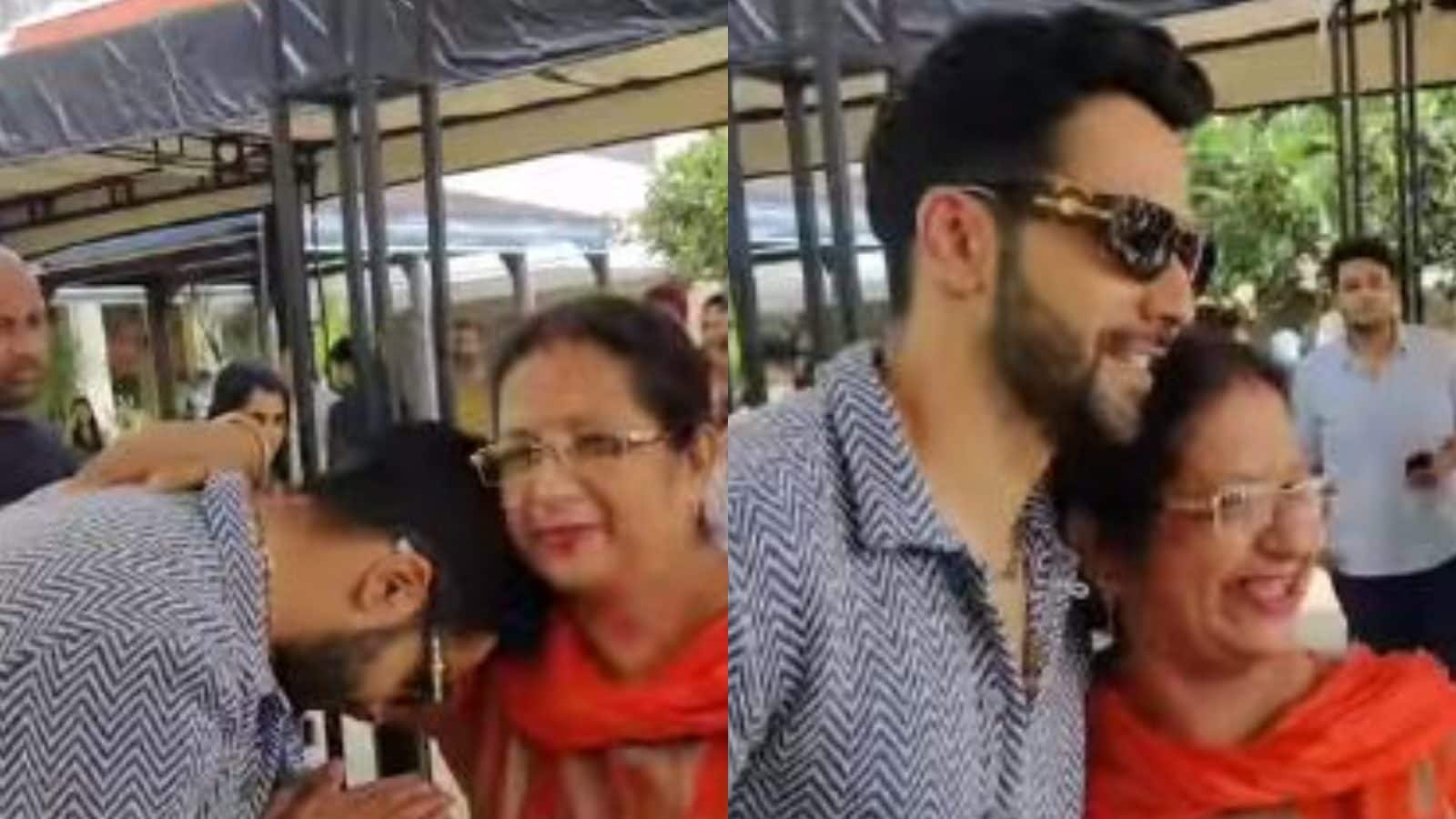 
Bollywood actor Varun Dhawan is gearing up for the release of his much-anticipated film JuggJugg Jeeyo. The actor is leaving no stone unturned to promote the film, along with the other star cast including Kiara Advani, Anil Kapoor, Neetu Kapoor and Maneish Paul. The actors have been promoting the film, in different cities and today, the film’s team is promoting the film with a special event in Mumbai. While the event has just started, a sweet gesture of the Badlapur actor is winning hearts on social media.

In a video posted by popular Bollywood paparazzi Viral Bhayani on Instagram, Varun Dhawan is seen taking a selfie with a woman present at the event. Soon after taking a smiling picture with the lady, the actor took her blessings for the film’s success. The lady is also seen giving Varun blessings as she keeps her hand on her head. The clip is winning hearts and social media and the actor is being lauded for his ‘humble’ nature.

Soon after the video hit the photo-sharing-platform, we see scores of fans chiming into the comments section to shower praises on Varun.

While one fan wrote, “One of the most humble star❤️,” another social media user added, “So sweet and humble Varun 🙌🙌.”

Several fans dropped heart and fire emoticons as they heaped praises on Varun for his sweet gesture.

The team of Jugjugg Jeeyo was in New Delhi earlier in the day as part of the film’s promotions. During the promotions, actors Kiara Advani, Anil Kapoor, Neetu Kapoor, Varun Dhawan, and Maniesh Paul sat down for a quick press conference and spoke to the media about the film. While a number of subjects were discussed, Kiara opened up about her understanding of marriage as well.

Of the cast of Jugjugg Jeeyo, Kiara is the only one who is yet to tie the knot. While rumours are doing the rounds that she is dating Sidharth Malhotra, the actress has remained tight-lipped. During the press conference, Kiara was asked what the takeaway about weddings would be from the film.

Kiara teased that the takeaway from the film would be known only after June 24, when the film releases in theatres. When asked about the idea of getting married, she replied: “Sabko karni chahiye (Everyone should do it). The movie is about relationships and I think everyone over here endorses that it (marriage) is the most beautiful institution. As the one who’s not married, I’m so lucky to be seeing such beautiful marriages in the team, especially Varun who recently got married.”

Kiara added that Varun did not believe that he would get married, even though everyone around him did. She then added, “I feel marriage is a wonderful institution. And, shaadi bhi karni chahiye, kaam bhi karna chahiye (one should get married, one should keep working). There is so much to life.”

In Jugjugg Jeeyo, Varun Dhawan and Kiara Advani play a married couple who are on the verge of divorce. They decide to hold off the news of their separation until after his sister’s wedding, played by Prajakta Koli. While Varun and Kiara’s characters are planning new ways to break the news that they want to get divorced, they get a shocker when Anil Kapoor tells Varun’s character that he is planning to divorce Neetu Kapoor. The film will hit theatres on the June 24.