Vadhandhi – The Fable of Velonie Trailer: SJ Suryah As Cop Hellbent On Solving A Murder Mystery 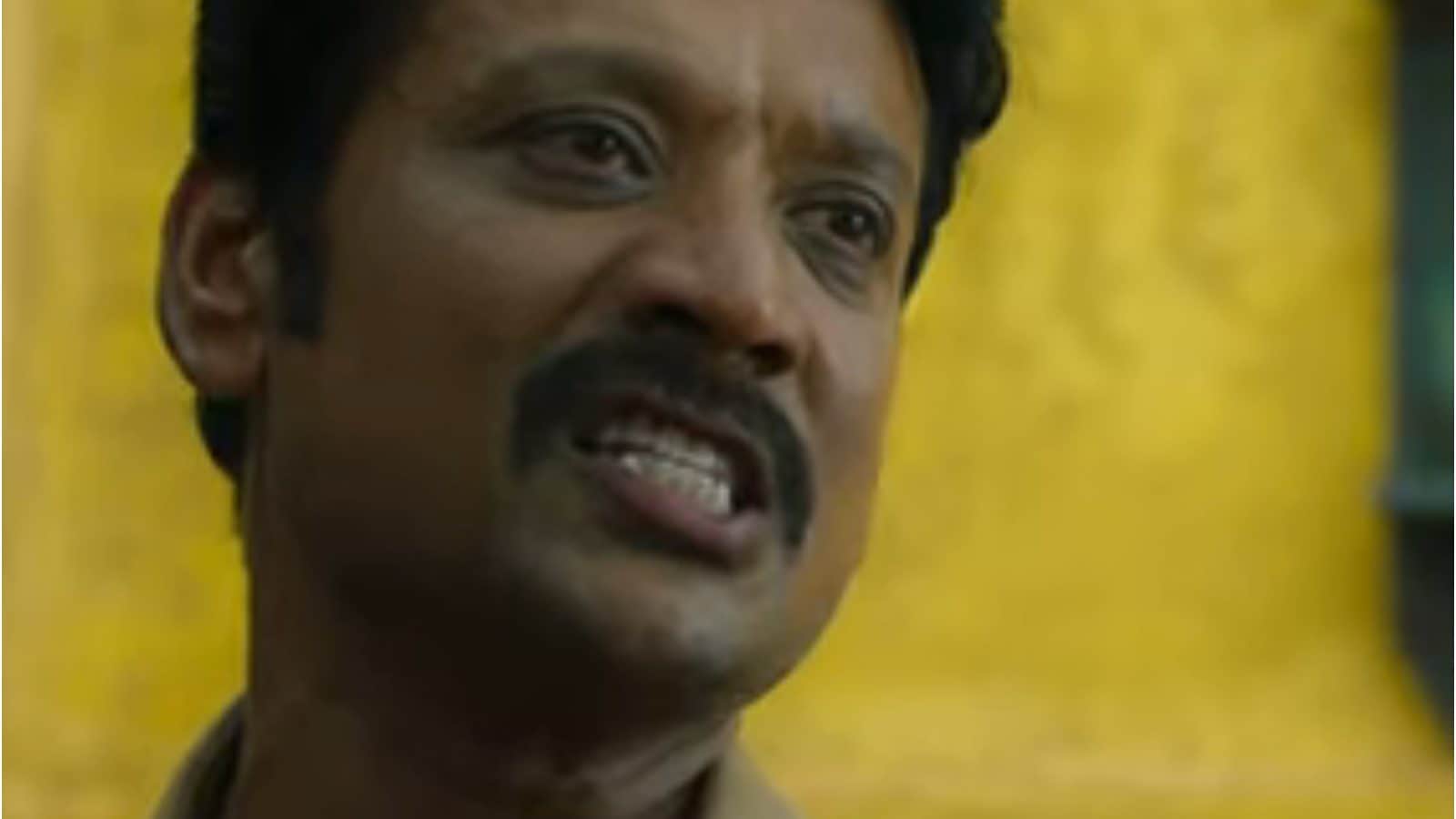 
Prime Video today unveiled the gripping trailer of its widely anticipated, Amazon Original series, Vadhandhi – The Fable of Velonie, a Tamil crime thriller. Marking the streaming debut of multifaceted film personality S.J. Suryah, the series is produced by Pushkar and Gayatri of Wallwatcher Films and is created by the brilliant Andrew Louis. The series also brings popular actress Laila to streaming and marks the debut of Sanjana, as they bring to life a complex and thrilling storyline, along with treasured icons of Tamil cinema M. Nasser, Vivek Prasanna, Kumaran Thangarajan and Smruthi Venkat in pivotal roles. The eight-episode Tamil crime thriller will premiere in India, and 240 countries and territories, starting 2nd December in Hindi, Telugu, Malayalam and Kannada.

The trailer gives a sneak peek into the journey of a determined cop Vivek (played by S.J. Suryah) who finds himself fixated on solving the murder of an 18-year-old Velonie. Untangling a web of lies and deceit, the show is riddled with ‘rumours’ as the name Vadhandhi suggests, examining the frailty of human relationships and perceptions. A trail of questions follow- Will Vivek be able to solve the case? Will he be able to find the real perpetrator of the heinous crime? Will the obsession cost him his job as well as his personal life and family? This path-breaking crime thriller with cliff-hangers at every turn, will leave the audience captivated.

“Vadhandhi – The Fable of Velonie is a noir crime thriller in which ‘rumours’ play the central character, “This is a story that I have toyed with for quite a while. The entire journey from building the script to directing this series, has been an exhilarating one, and with the strong backing of Pushkar and Gayatri as Creative Producers, it has been possible to make my vision a reality,” said Andrew Louis, the writer, director, and creator of the series. “I am sure that the audiences will not be able to guess where the story leads, till the very end, but I am certain that it will make them think, long after the credits roll. I have worked closely with S.J. Suryah as an assistant director for 7 years and have always admired him – to have him play the lead role in Vadhandhi is truly an honour. With power-packed performances by the entire cast, this show is set to win the viewers’ hearts and minds. I am very excited to bring this gripping crime thriller to households in India and across the world, with Prime Video, this December.”

Check out the trailer here:

The multifaceted S.J. Suryah, who makes his streaming debut said, “I was delighted when I was approached by Pushkar and Gayatri for Vadhandhi. The moment my close friend and director Andrew narrated the script to me, I knew I had to jump on board. I have played a cop earlier in my career, but my character Vivek is exceptional. The way this case and story consumes him, I find myself fascinated and at the same time, anxious for him. Besides the twists, turns and thrills of this whodunnit, the story is thought-provoking and will connect with viewers on an emotional level. The uniquely thrilling vibe brought in by Andrew plays as much a role in the series as the locales and the music does. The thriller is packed with some very talented actors and they bring their absolute best to the table. I couldn’t think of a better streaming debut and I am thrilled for the worldwide premiere of the series this December on Prime Video. I say to all my fans, mark your calendar and buckle your seats for this roller-coaster.”

“I am thrilled to make my digital debut on Prime Video’s upcoming Tamil Amazon Original series Vadhandhi – The Fable of Velonie. My character, is that of a strong yet vulnerable woman who lives through tough times, trying to always protect her young daughter,” said accomplished actress Laila. “Vadhandhi is an intelligent whodunnit packed with a gripping storyline and well-etched, layered characters. Our director Andrew has done a stellar job and the entire cast has given it their all, and we are so excited to share our work with the world. I cannot wait for audiences to binge-watch the series, when it launches this December. I am confident that this thrilling, yet emotional story will resonate with audiences the world over.”

“’Blessed’ is the term I can use to express my delight over acting in this amazing series, with such a wonderful team,” shared debutante actress Sanjana, who plays the titular role of Velonie. “I am grateful to the writer and creator Andrew Louis and creative producers Pushkar and Gayatri for seeing the potential in me and giving me the opportunity to play Velonie – a very nuanced and challenging character. It was an honour to work with such a talented cast in my first ever project. Just being around them and observing them was a learning experience, for a newcomer like me. It is a dream debut for which I have given my best, and hope the audiences appreciate my work. I am very excited that Vadhandhi – The Fable of Velonie will be streaming across the world on Prime Video.”