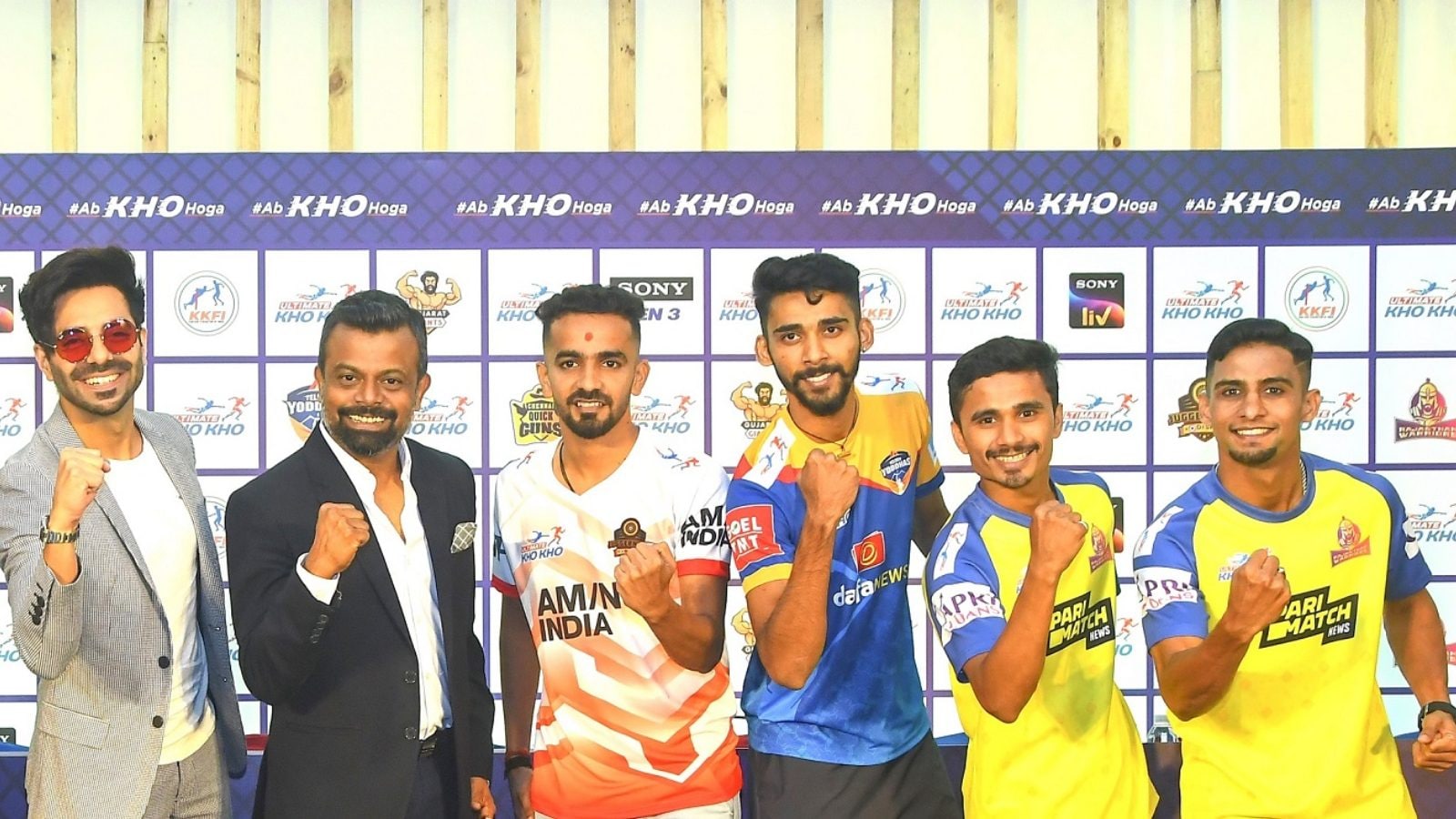 
India is set to witness the best of Kho-Kho when the inaugural edition of the Ultimate Kho Kho takes off on Sunday at the Shree Shiv Chhatrapati Sports Complex, Mahalunge, Pune, Maharashtra.

Also Read: Djokovic Pulls Out of US Open Tune-up Event in Cincinnati

Ahead of their campaigns, captains, key players, and coaches of all the six teams shed light on their preparations and targets in a press conference organized here on Friday.

League Commissioner and CEO of Ultimate Kho Kho, Tenzing Niyogi was also present on the occasion along with Season 1 sports presenter and Bollywood actor Apartshakti Khurana, who will be the marquee presenter of the league which will be telecast on Sony Sports Network, the official broadcaster of the league.

“This is an extremely special moment for all of us here as Kho-Kho is intrinsically entrenched in every Indian’s heart and soul. This sport is played in every school and has extreme nostalgic value. We are extremely proud to bring this ‘mitti ka khel’ in a completely new avatar to the world and these players today are all set to take off the ‘sapnon ki udaan’ while every household gets ready to witness the sporting brilliance that Ultimate Kho Kho envisions to bring,” said Niyogi.

Also Read: Sarbananda Sonowal May Throw his hat in Ring in the AIFF President’s Election

“In today’s day and age, we always need a total package. I have done films, shows, travel shows, but the day this came and I had a conversation regarding association with the league, the very first five minutes of the conversation, I knew I had to work with this. This league is very interesting, it is a complete package. I have been into sports throughout; life revolves around sports. I really hope the way you have accepted me as an actor in the films, you accept me here,” Khurana said.

The players have undergone the transformation of being part of the professional sports league set-up and preparing to bring Kho-Kho’s revamped image under the observations of the franchise and coaches with the best training facilities, high-quality fitness, and interesting team bonding sessions.

The league will be telecast in five different languages on Sony Sports Network. The live coverage of Ultimate Kho Kho will begin at 7:00 PM IST each day from across SONY TEN 1 (English), SONY TEN 3 (Hindi & Marathi) SONY TEN 4 (Telugu & Tamil) channels. The league will also be live-streamed on the premium OTT platform, SonyLIV.

The country’s first-ever franchise-based Kho-Kho league is promoted by Amit Burman in collaboration with the Kho Kho Federation of India.

Gujarat Giants and Mumbai Khiladis will be kickstarting the first double header of Ultimate Kho Kho Season 1, while Chennai Quick Guns and Telugu Yoddhas will lock horns in the second match of the opening day. The league will go on till September 4.