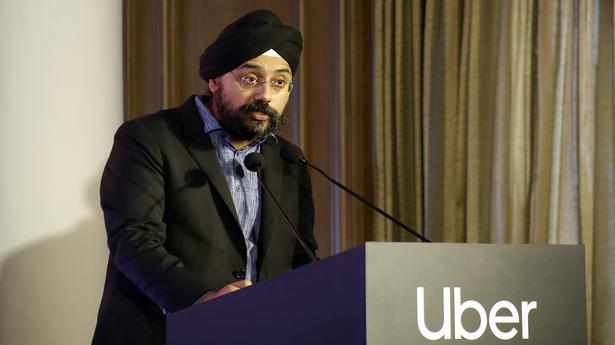 Currently at a pilot stage, the service will be made available by Uber by the end of the year

Currently at a pilot stage, the service will be made available by Uber by the end of the year

In a bid to take ride hailing to the masses, Uber India is gearing up to enable commuters to book a bus seat using the Uber app.

Currently at a pilot stage, the service would be made available by the end of the year with the rollout across multiple cities planned for 2023, a top Uber executive said.

“The expectation is to open a completely new addressable segment for Uber…so that we can serve the common man in a holistic way,” Prabhjeet Singh, president, Uber India and South Asia, said in an interview.

He said the experiment with high-capacity vehicles had started recently and the entire technology was being developed in India.

Uber, he said, was trying to address the main concerns of bus commuters which was confidence in getting a seat, ETA (estimated time of arrival) projection, tracking and the comfort of travelling in an air-conditioned vehicle.

“We also discovered the technology that can help in dynamic routing based on supply and demand rather than a bus running on a fixed route. We took the elements of pre-booking, dynamic routing, tracking experience and brought it together for high-capacity vehicles,” Mr. Singh said.

The pilots were operating in the Delhi-Gurugram route with Gurugram Municipal Authority for public transport users, some corporates for employee transportation and some fleet owners, wherein a commuter could book directly.

“The eventual game is to be able to take it to multiple cities and serve a much larger segment of the population. I want to serve the next 100 million consumers. This will take us three to five years to be able to keep scaling and take to the length and breadth of India,” Mr. Singh said.

A commuter could buy a subscription pass for the service, which would cost a lot less than Uber Go and would help cut congestion.

“We are keen to get to as many cities as possible, especially the top 8 cities, but it requires us to work with local policy makers because many cities do not have a regulatory definition of how to define this service” with work required to help define the service, he added.

“We are keen to launch this in multiple cities by the end of this year and 2023. In 2023 commuters in many Indian cities… hopefully including Mumbai, will be able to book buses very soon,” he added. Uber which has completed 9 years in India now offers a fleet of cars, autos and two wheelers on its app. It has expended operations to 120 cities and has more than 6,00,000 drivers on its app, Mr. Singh said.

“India has been an incredibly fulfilling market for us, a market where we are very excited about the long-term growth prospects. Here the penetration of ride hailing is very low so the headroom for us to grow is massive,” he said.

For example, in the U.S. ride hailing had penetrated about 3.9% of the addressable population but in India the number was less than 0.5%. He said the company was no longer losing sleep over what its immediate competitor did.

“Because our competition is with private ownership vehicles. We are focused on delivering experience rather than chasing vanity metrics. We will focus only on the mobility business and we want to become a one-stop multi modal mobility solution [provider],” he added.

“Our paths are very different from completion because we are no longer competing with one ride hailing player. We are competing for the bigger pie,” he said.

“India is our fastest growing market globally both in terms of volume and value of the business. It will only grow fast because we are introducing new services such as two wheelers, three wheelers and buses. India is important for us not just as a market but it is also big source of innovation which we export globally,” he said.

The company’s technology centres in Bengaluru and Hyderabad have more than 1,000 engineers building end-to-end designs for its global operations and 500 more engineers are to be hired shortly.

He said the company would make a ‘very sizeable’ investment in India over the next few years.

“India is a shining star in the overall Uber ecosystem globally. Post COVID business has come “roaring’ back. Now our business is larger than what it was pre-pandemic, both in volume and value. More drivers are joining the platform and buying new cars. I am very bullish and optimistic about the future of ride hailing and Uber’s growth in India,” Mr. Singh added.