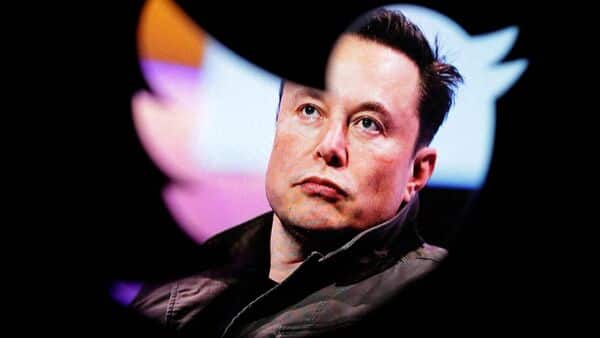 
The company laid off 50 percent of its employees and Twitter boss Elon Musk on Friday defended these massive lay-offs in the company saying that the business experienced a “massive drop” in revenue as many advertisers withdrew and also alleged that activists are ‘trying to destroy free speech in America.

The job cuts follow a week of uncertainty about the company’s future under its new owner Elon Musk who has asserted that the actions were taken to attain economies of scale and make the USD 44 billion acquisition viable. The week after the billionaire took over and promised sweeping changes, workers around the world were checking two email addresses to find out if they still have a job, according to an internal memo sent to employees and seen by Bloomberg. An email to their work account means they’ve been retained. A letter in their personal inbox means they’ve been fired.

The company’s head of safety and integrity in a series of tweets said that social media platform’s content moderation capabilities remained in place.

The tweets by safety and integrity head Yoel Roth moved to reassure users and advertisers following the company’s takeover by billionaire Elon Musk.

Here are the facts about where Twitter’s Trust & Safety and moderation capacity stands today:

tl;dr: While we said goodbye to incredibly talented friends and colleagues yesterday, our core moderation capabilities remain in place.

Roth said 15 percent of Twitter’s employees on the trust and safety team, which is responsible for preventing the spread of misinformation and harmful content, were laid off. Company-wide, the layoffs affected 50 percent.

In a series of tweet, he started with, Here are the facts about where Twitter’s Trust & Safety and moderation capacity stands today: While we said goodbye to incredibly talented friends and colleagues yesterday, our core moderation capabilities remain in place.”

“Yesterday’s reduction in force affected approximately 15% of our Trust & Safety organization (as opposed to approximately 50% cuts company-wide), with our front-line moderation staff experiencing the least impact,” he wrote.

“Last week, for security reasons, we restricted access to our internal tools for some users, including some members of my team. Most of the 2,000+ content moderators working on front-line review were not impacted, and access will be fully restored in the coming days,” he further added.

“More than 80% of our incoming content moderation volume was completely unaffected by this access change. The daily volume of moderation actions we take stayed steady through this period,” he wrote.

“With early voting underway in the US, our efforts on election integrity — including harmful misinformation that can suppress the vote and combatting state-backed information operations — remain a top priority,” he said.

He further explained saying, “What AREN’T we doing? In the short term, we’ve had to deprioritize a few workflows — like account access (lost password requests), and some suspension appeals. We’re working to get these back online in the days to come.”

He concluded by saying that he would share updates about the Trust & Safety work and also said that the team’s mission of enforcing our policies and protecting the conversations happening on Twitter remains unchanged.

“I’ll continue to share updates about our Trust & Safety work as things evolve in the days to come. Our team’s mission of enforcing our policies and protecting the conversations happening on Twitter remains unchanged. Recruiters: My DMs are open — I have recommendations for incredibly smart and compassionate talent that is now available,” he concluded.

Meanwhile, as per LiveMint report Twitter has let go of almost all of the company’s India team. The company had nearly 250 employees in India.

The first round of layoffs at Twitter started Friday following a formal email sent by the company on Thursday that reportedly asked workers across the globe to stay at home and wait for another email that will update them about the status of their job.

Twitter employed around 7,500 people as of December 2021, up from 5,500 in the previous year, according to a July report by Statista.

Twitter’s new owner and CEO Elon Musk plans to slash half of the workforce at the social media company, according to reports by Bloomberg and Reuters.